Psychic Power In Lord of the Rings 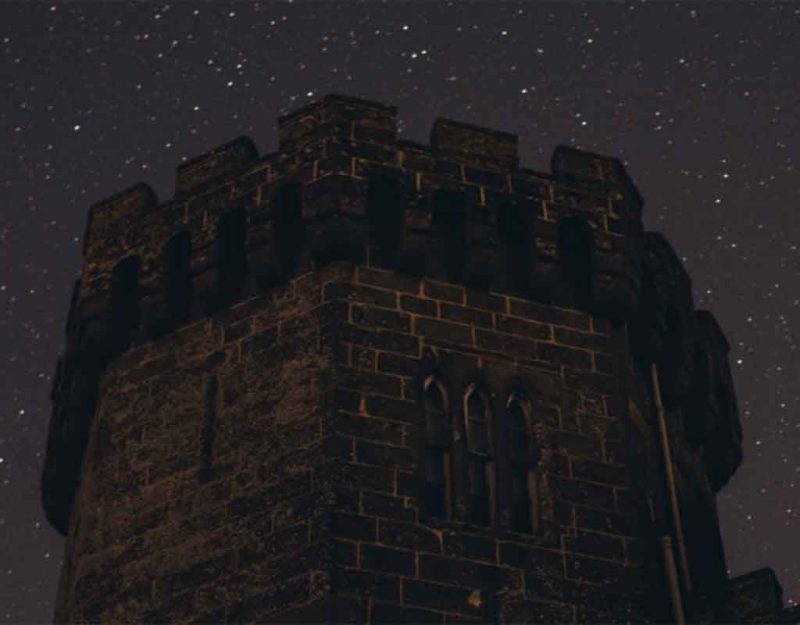 When approaching books, it makes sense to remember that most stories illuminate a conflict within the human mind, that is the cognition of individuals and the cultural awareness of how this conflict develops in parallel between all of us, and between each of us and civilization, nature, and eternity.

In the world created by J.R.R. Tolkien, we first look at the ring, and note historical antecedents in Plato and the Nibelungenlied.

Plato writes about the ring that reveals our moral character:

Now that those who practise justice do so involuntarily and because they have not the power to be unjust will best appear if we imagine something of this kind: having given both to the just and the unjust power to do what they will, let us watch and see whither desire will lead them; then we shall discover in the very act the just and unjust man to be proceeding along the same road, following their interest, which all natures deem to be their good, and are only diverted into the path of justice by the force of law. The liberty which we are supposing may be most completely given to them in the form of such a power as is said to have been possessed by Gyges the ancestor of Croesus the Lydian. According to the tradition, Gyges was a shepherd in the service of the king of Lydia; there was a great storm, and an earthquake made an opening in the earth at the place where he was feeding his flock. Amazed at the sight, he descended into the opening, where, among other marvels, he beheld a hollow brazen horse, having doors, at which he stooping and looking in saw a dead body of stature, as appeared to him, more than human, and having nothing on but a gold ring; this he took from the finger of the dead and reascended. Now the shepherds met together, according to custom, that they might send their monthly report about the flocks to the king; into their assembly he came having the ring on his finger, and as he was sitting among them he chanced to turn the collet of the ring inside his hand, when instantly he became invisible to the rest of the company and they began to speak of him as if he were no longer present. He was astonished at this, and again touching the ring he turned the collet outwards and reappeared; he made several trials of the ring, and always with the same result-when he turned the collet inwards he became invisible, when outwards he reappeared. Whereupon he contrived to be chosen one of the messengers who were sent to the court; where as soon as he arrived he seduced the queen, and with her help conspired against the king and slew him, and took the kingdom. Suppose now that there were two such magic rings, and the just put on one of them and the unjust the other;,no man can be imagined to be of such an iron nature that he would stand fast in justice. No man would keep his hands off what was not his own when he could safely take what he liked out of the market, or go into houses and lie with any one at his pleasure, or kill or release from prison whom he would, and in all respects be like a God among men. Then the actions of the just would be as the actions of the unjust; they would both come at last to the same point. And this we may truly affirm to be a great proof that a man is just, not willingly or because he thinks that justice is any good to him individually, but of necessity, for wherever any one thinks that he can safely be unjust, there he is unjust. For all men believe in their hearts that injustice is far more profitable to the individual than justice, and he who argues as I have been supposing, will say that they are right. If you could imagine any one obtaining this power of becoming invisible, and never doing any wrong or touching what was another’s, he would be thought by the lookers-on to be a most wretched idiot, although they would praise him to one another’s faces, and keep up appearances with one another from a fear that they too might suffer injustice.

Tolkien crosses the Platonic moral parable with the ring of power from the Nibelungenlied, and takes many story elements from this plot. The central point of the ring remains: it blurs the gap between internal and external ability.

Meanwhile, the gods await completion of their new palace, Valhalla, which is being built for them by the giants Fafner and Fasolt. As payment for the palace, Wotan had promised to hand over to the giants Freia, goddess of youth and beauty. Upon the urging of his wife, Fricka, and the other gods, however, Wotan decides instead to offer the giants a different payment: a magic ring of power that Alberich has fashioned from the Rhinemaidens’ gold. Wotan is joined by the fire god Loge, and they set off to seize the ring.

Alberich has enslaved the other Nibelungs, forcing them to dig for more gold. One of the objects that has been fashioned from this gold is the Tarnhelm, a helmet that makes its wearer invisible. Wotan and Loge arrive. They trick Alberich into demonstrating his magical ability to turn himself into any creature; when, at their request, he transforms into a small toad, they seize and imprison him. The price of his freedom is his gold. Alberich orders his slaves to bring up all the gold. Wotan takes the gold and seizes the Ring. Alberich places a curse upon the Ring. Loge, meanwhile, steals the Tarnhelm.

With the magic ring of power in Lord of the Rings, someone who is not internally capable of doing something gets a lift from magic. He can become invisible, and do his deeds unknown, so that people only see the good he has done as if he had achieved this with his own skill, intellect, and character, including will, or the ability to push aside confusions of the mind and do systematically what must be done to achieve a task in the external world.

In this story, we learn that the Elves manage to survive without being corrupted by the ring; they are the most naturalistic of the races of Middle Earth, and have the least amount of mental confusion. They act intuitively and by instinct and know things by divination, so there are few barriers between id and ego and they tend to act selflessly, with their minds on a transcendental goal invisible to most.

Men on the other hand represent raw ego: a creature which must explain itself to itself, and that which seeks power as a crutch for a lack of an inner intuitive, naturalistic instinct. Men are neurotic, driven by brain rather than innate knowing, and so in their confusion they seek external sources of power: technology, symbol, quantitative numbers of men, manipulation, control, and force. This reflects the separation between inner power and external power:

In their best ages, men consist of silver and gold internally, and are motivated toward the transcendent, or doing what is right according to the whole order of nature and the divine, which is portrayed as a continuous (monist) world instead of two incompatible worlds (dualist). This represented knowledge that Tolkien felt was lost to Christianity, although he like most Western Europeans of the time interpreted Christianity through the filter of the Greco-Roman and Nordic-Germanic pagans.

When men lose their internal motivation, they must rely on power to keep themselves organized toward anything like a goal, and in tradeoff with this, they lose the easy confidence had by the Elves. This shows us how the different races of Middle Earth represent psychological states: the Elves are the mental state of intuition, men of cognition, dwarves of materialism, and hobbits of the bourgeois function. No race actually exists, just like Sauron and Saruman do not exist, except as metaphor for a psychological function of humankind.

Hobbits show us as we see ourselves out in the suburbs. We feel small, childlike, lowercase-c conservative in avoiding trouble and strife, and constantly animated by our sensual needs, like hunger and desire for play. To someone looking at the crumbling edifice of Western Civilization, a Hobbit represents how we feel ourselves, insignificant beings compared to the great kings and ancient races, but nonetheless tasked with finding the bravery to take on the nightmare.

Through this lens we can see how Tolkien separates will and power. Will comes from an inner place and reflects our desire to remove obstructions from our minds, such as those created by neurosis or self-pity, where power is a substitute for will, an external thing which we can use like a technology or symbol in place of having our minds fully organized and souls purified. The more kingly and noble characters in the books wield will in place of power, although they have both, but will remains in command, as it does with the Elves and other more ancient races hinted at.

To an alien anthropologist, Lord of the Rings would show us humanity trying to master its own minds. It can rely on external things — group opinion, compromise, profit, position — or it can purify its own thinking in order to clarify the intersection of what should be done, what realistically can be done, and what produces excellence (arete).

Through these Hobbits, men, and Elves, we see our pathway open up: it takes heroism to clarify the mind, since it means forsaking fear and bourgeois NIMBY avoidism, and this removes us from our addiction to power (throw that ring into the fire) so that we can resume climbing up the ladder toward what is both moral and instinctual in a naturalistic context, much like the elves.

In this way, the great battle of these books concerns not material things, but a psychic ordering that allows us to escape existential doubt and self-pity and see life as continuous and infinite, and from that, to reach for the eternal and recurrent as an expression of our contented and visionary inner state.