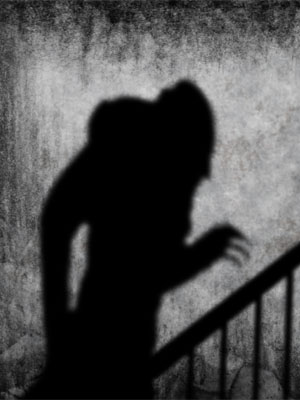 When you design a values system, you will eventually come to a “mission statement” or goal that is not a list.

At first, you get lists. When you begin the planning process, you write down all the items you want at the end of the event. Soon it becomes clear they converge on a single method.

This method becomes the pivot point of your new endeavor. It’s the single idea on which everything else turns. It is also the short synopsis that forms the basis of how you explain it to others.

The modern era came about through the gradual evolution of such an idea. It was not clear at first; people stopped trusting social institutions, and culture, and wanted to make their own decisions.

In itself, that is not a problem.

In implication, because all ideas snowball as they gather momentum, it was a terrible mistake. It gradually came into focus as the idea of individual decision replacing everything else.

First they came for the monarchs because no one man should be elevated above others as represented through laws, regulations and courts.

Next they came for the aristocrats because no person should be elevated through hereditary ability, as that is inequal and makes us all feel bad.

Finally the crusade has narrowed. It has become literally: anyone who has more or has more abilities than me.

The pivot point of this system has evolved from “make your own decisions” to “every decision is equally true.” This is relativism, pluralism and pacifism all at once: we get along if we each can have our own reality and these never come into conflict.

That primary goal — avoiding conflict — has now eclipsed everything else. To shy away from clashes, we accept contradictory things as simultaneously true.

In doing so, we have had to give up our foolish notions of working together. We cannot, since we don’t agree. If small groups form who agree on non-herd views, they are dangerous to the integrity of the group.

As a result, we have created a pivot point that empowers the oldest and most dangerous of the mental traps into which humans can fall.

Since we are blessed with these huge brains, we are tempted to confuse the device through which we perceive the world, namely our brains, with the world itself.

Normally, we reign ourselves in by socializing with other people, conducting experiments with reality itself, or reading from books in order to affirm what we know of reality.

But now reality is truly optional. Any view of it is legitimate. As our pivot evolves, it comes to include socialism, or the idea that society should support us in our choices, no matter what the outcome. There is no failure anymore.

This has created a situation where we have legitimized projection. Reality is what you want it to be. In fact, we do not even need reality; we only need want, desire, consumption and control.

Since we are in a mode of feeling entitled to project, our default treatment of others is abusive. What do they need? — who cares, it’s about what we need and want to think.

We treat family members and coworkers as extensions of ourselves. The consequences to them are irrelevant. What matters is how they make us feel, and if they make us feel bad, how to force them to stop.

What started as a simple idea — that we as individuals wanted more power — has become a destructive pivot point, which is that all power rests in the individual and none in reality itself.

When we wonder why we cannot make decisions, such as whether global warming is real or how to handle our foreign policy, the roots of it are in our adoption of this pivot point.

To the voters, reality is not real. What matters is how this “reality” can be construed to make the voters feel good. And thus we gloss over the difficult and look for the easy scores.

Many people are getting nervous, and expecting our society to detonate in a violent collision between forces. It is more likely that it faces a grimmer fate.

Lacking any ability to perceive a common ground, we will not clash with ourselves, but drift apart, each in his or her own little reality like a bubble floating on the breeze.

At some point, nothing will work any longer, but we will not notice, as we will have projected uplifting feelings on it and edited it out of our consciousness, up until the last moment.