Porking: A New Form Of Passive Protest Against Cultural Assimilation 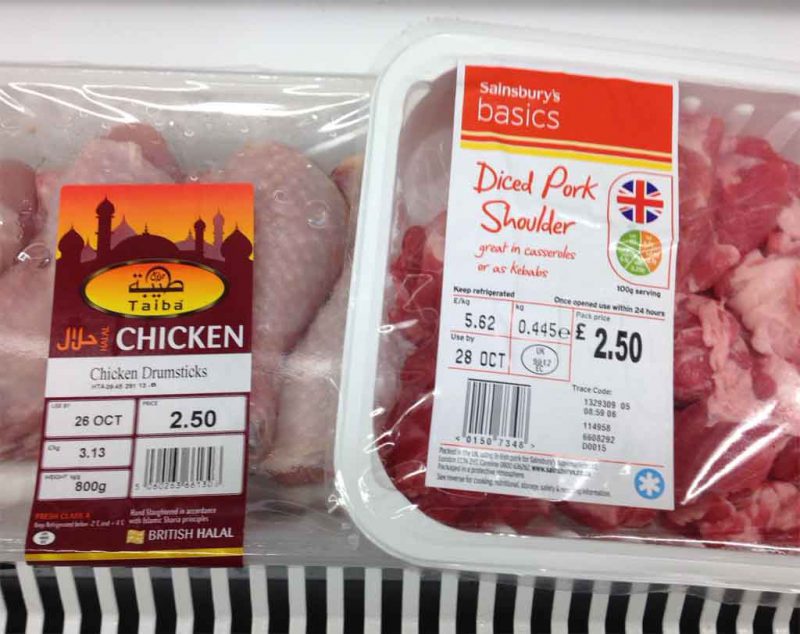 Western people find themselves in a bind. Under the 1960s post-WW2 civil rights agenda, we cannot speak out against certain things that are presumed universally good like tolerance, diversity, and equality. To publicly notice problems with these is to invite attack and accusations of being a Nazi or worse.

At the same time, we are seeing these policies fail every day and, in the name of suppressing the small minority who attack the symptoms of ethnic unrest instead of its cause in the policy of diversity, our governments have dedicated increasing resources to suppressing dissent.

We need methods of protest that thwart the idea that everything is going just fine and we have to stay on Narrative so that someday, we will a Utopia of diversity, equality, and democracy (D.E.D.). One UK citizen noticed a means of protest when he or she saw this notice from a local grocery store on Leftist-converged platform Facebook: 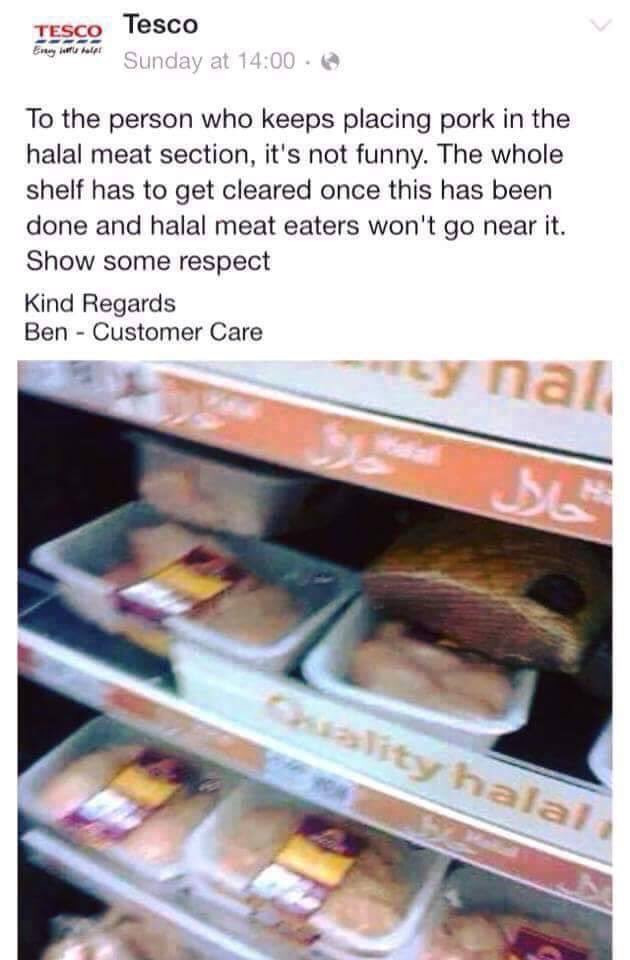 While the veracity of this screenshot cannot be verified at this time, it gave rise to a new practice across the West, “porking,” where pranksters place pork products in with the halal meat at their local grocery store, affirming that multiculturalism forces a single standard onto all cultures, “assimilating” them.

In a series of images submitted to our editorial staff, one UK prankster mentioned how he or she does this “every time” they encounter a halal meat section at a local grocery store. They submitted the picture at the head of this article which shows how easy it is to “pork” a meat section.

This might dismay some of the new arrivals who are, because every ethnic group works in its own interests alone, hoping to assimilate the natives by demanding special treatment in law, attire, and yes, the meat section of your local grocery store.

As of yet, varieties of “porking” have not been found for other cultures, but presumably someone is working on this somewhere, knowing the internet and its canny and wily legions of trolls, recidivists, and malcontents.

In the meantime, activists in the UK and EU are continuing their process of “porking” as a silent and innocent protest against the abuses of multiculturalism.