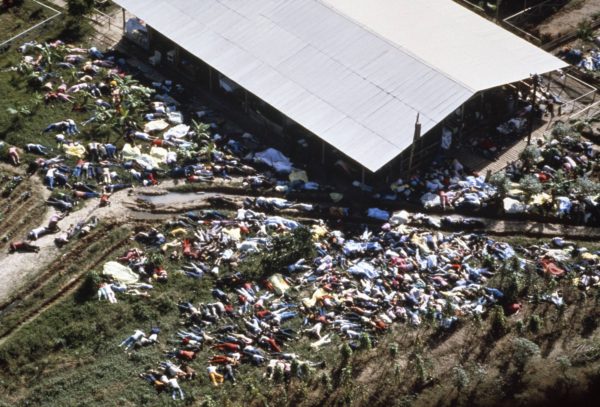 And yet, how bizarre is it that people with vast wealth and power — who are not aristocrats, but merely wealthy — would want to pay extra for that special thrill which comes from violating bedrock social rules with impunity? This may explain our recurrent interest in things like snuff films, crush films, sex slavery and of course the ultimate taboo, non-consensual sex including child sex.

But there are some precedents.

First, in the UK, pedophile scandals appear to be nothing knew. Many remember Paedophile Information Exchange (PIE) as the public face of private scandals now shrouded in rumor:

Great Britainâ€™s notoriously tough libel laws insured that obviously he couldnâ€™t repeat the allegations included in the Home Office papers that about 16 MPs and members of the House of Lords, and 30 high-profile figures from the Church of England, private schools, and big business, were members of, and advocates for, the Paedophile Information Exchange. The shadowy group, which operated partly in the open, campaigned for the age of consent to be abolished and incest to be legalized. It also allowed pedophiles to send each other secure mail and to meet in person.

Is it too “cheesy” to ask if PIE somehow inspired the American connection to pizza… pies?

PIE was accused of a number of molestation incidents, prompting one social worker and colleagues at the police department to covertly investigate, only to find pedophiles entrenched within the system, in foreshadowing of the American case:

In 1991, their investigations led to the conviction of a fire official called Roy Caterer. When police officers raided his home they found exactly what her boys had described, along with albums and albums of indecent photos.

Davies thought her work would finally be taken seriously by the authorities; she was wrong.

She had amassed evidence of abuse perpetrated against 61 victims, but she claims council officials continued to tell her to stop causing trouble. A year later she finally quit social services when she says she discovered that the boys she had been trying to save were being sent back into the Islington care home system only to suffer yet more sexual abuse. â€œI was networking these children into another network which was running within the care homes. I was handing over the most vulnerable, sexually exploited children to more pedophiles,â€ she said. â€œI have to live with that.â€

Then there is Hollywood, USA which is apparently home to pedophiles who also violate children with impunity because the abusers are wealthy and powerful. As one several child stars related:

A recent interview with Elijah Wood has reignited the conversation on pedophilia in the entertainment business. The Lord of the Rings star later clarified, first to The Hollywood Reporter and then on his personal Twitter account, that his comments about “something major … going on in Hollywood” were based not on his own experiences and observations but rather on news reports and the 2015 documentary film An Open Secret.

But another former child actor â€” Corey Feldman, star of such iconic 1980s movies as The Goonies, Stand by Me and The Lost Boys â€” was not so lucky. In past interviews, his A&E reality series The Two Coreys and his 2013 memoir, Coreyography, Feldman has detailed how he was preyed upon by men in the industry. His own experiences were not as nightmarish as what befell his Two Coreys co-star, the late Canadian actor Corey Haim. Haim was just 11 when, Feldman says, a man raped him on a movie set. (Haim died in 2010 at age 38 after years of drug addiction.)

These events are disturbing enough by themselves, but the real story is in the use of power to be able to do what no ordinary person could get away with.

After all, normal pedophiles get busted on a regular basis:

The European police agency Europol said in a statement that “Operation Rescue” had identified 670 suspects and that 230 abused children in 30 countries had been taken to safety. More children are expected to be found, Europol said.

It said that so far 184 people had been arrested and investigations in some countries were continuing. Most of those detained are suspected of direct involvement in sexually abusing children.

They include teachers, police officers and scout leaders, AP reported. One Spaniard who worked at summer youth camps is suspected of abusing some 100 children over five years.

And some evidence that there are at least some rich and powerful pedophiles, even if they sometimes get convicted:

Bill Clinton’s relationship with a billionaire pedophile will be thrust into the spotlight once again in a major book by a bestselling author released just weeks before the presidential election.

The former president will face renewed questions over his ties to Jeffrey Epstein, a registered sex offender who was jailed for 13 months in 2008 for soliciting girls for underage prostitution.

Between 2002 and 2005 Clinton took numerous trips including to Epstein’s Caribbean island Little St James where young girls were supposedly kept as sex slaves.

Clinton was deemed to be so close to Epstein that he was nearly deposed during the investigation into his pedophilia, legal documents have shown.

A phone transcript filed in a lawsuit includes references to ‘favors’ that Clinton owed Epstein.

What an interesting situation. We seem to have pedophiles everywhere, including among politicians and American politicians. Indeed, there seems to be a peculiar attraction to pedophilia by those in power. This seems to especially afflict those who love compromise, as if acting out male potency rituals in order to compensate for their role as compromise agents during the day.

All of this makes it not entirely implausible that, as Andrew Breitbart alleged, there is a child molestation and child pornography ring operating out of Washington, D.C. under the cover of helping save children from exploitation abroad. There were some suspicious signs:

Accounts for Comet Ping Pong employees, which are now set to private, featured nudity involving men with slices of pizza strategically placed over their genitals.

While these by themselves prove nothing, any organization dedicated to hiding a taboo such as pedophilia would be by nature inclined to erase traces of its presence, especially if populated by those with wealth and power. Even if PizzaGate itself remains not fully convincing at this time, enough indicators have piled up to say that it is at least a strong possibility.