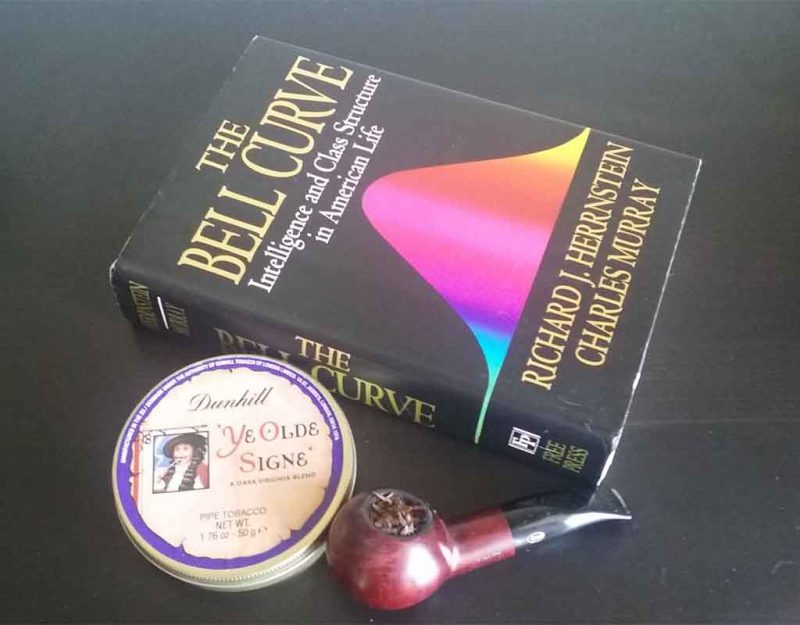 One of the better news events this summer has been the return of Dunhill blends of pipe tobacco. These are storied, and the kind of thing one wants to show to friends and possibly sons, since you want them smoking pipes and cigars and not cigarettes, weed, vapes, and other nonsense.

The Dunhill pipe tobacco blends have a long history:

Included in the deal are premium pipe tobacco trademarks such as Early Morning Pipe, Nightcap, Royal Yacht and Elizabethan Mixture that were previously sold under the Dunhill brand and carry a solid reputation as well as premium positioning.

Rumor has it that these are coming out at the same time the Peterson blends really come back, possibly even released by Peterson. Considering that some of the blends pre-date the first world war, and others hearken back to a time centuries before that, a great continuation of past tradition carries forth into the future, to the benefit of all.

Not all will see it that way. Our society is dividing like a metamorphosis. Anyone not brain-dead realizes that mainstream Leftism has, just like the Communists or National Socialists, run itself into a dead end. Unstable systems require increasing degrees of fanatical enforcement while failing to address systemic problems, and American Leftism has entered such a dead zone.

Those of us who look toward the future, ironically, will be of the mixture of futurist and traditionalist that defines the Alt-Right, Dissident Right, and even Old Right (from whom many of the Futurists emerged). We want to look forward toward what we can achieve, not backward to the question of whether we divided up the loot so that none of these witchy, bickering, and passive-aggressive people complain.

Our future involves a great breaking away where the function group of traditional society, or Remnant, which in American is ethnic Western Europeans, stops caring about the suffering of the world. We are going to focus on making ourselves great and rising above everyone else, realizing that 95% of humanity is doomed not be “chance” or “luck” but by their own decisions.

When you live in an egalitarian time, you have no such luxury. Egalitarianism exists so that no area of society is off-limits to the neurotic individual; they want to be able to say “I am equal” and use that as a key to infinite doors. Their subterfuge consists of demanding that we include all people, especially the most blighted and self-doomed, in the “equal” group, realizing that they have forced open a window of tolerance — like the Overton Window — so that the extremes are normalized, and therefore whatever the individualist is doing comes in right in the middle.

Pipe tobacco blends represent a different idea. They seek an order which transcends the ages, much as conservatives seek order generally where the Left seeks equality (individualism). You want to be able to smoke what your great-grandfather smoked, and pass it down to your grandson, because we know people and how we like our intoxicants, but in true time-honored form, have chosen the gentlest versions of these and made them excellent, like Royal Yacht.

This shows us the nature of tradition. Step one is ego-death; you realize that you are simply a point in time along a long line, and that ultimately none of our concerns here matter that much. This helps, since you stop worrying about whether you got the right car or if your house is the best on the block. The big thing is to be part of something big.

After that, you start to see the wisdom in order beyond the individual. You benefit most from a society that is stable and part of a thriving civilization, so that it carries on the things you enjoy and anything good that you do. If you make a stone river bridge in your hometown, it should be there for centuries or longer, as people fix and maintain it, keeping it alive just like the population around it, even as individual stones and humans drop out over time.

Finally, you see the wisdom in the unchanging. You want to live in basically the same society as your great-grandfather. The rules are known, as are the conditions of success, this way, and you can rely on things being familiar and comforting instead of constantly being forced into the role of re-interpreting and re-adapting to an outside world that is both not that interesting and not in need of new solutions.

For all of our technology, humans peaked with the hot water shower. At that point, we had the rudiments of medicine, so that the injured could survive and the healthy would do fine; we erred when we let medicine save the genetically and biologically doomed, as now they have reproduced and, big surprise, we have more sickly people among us than ever before (this has been exacerbated by ethnic mixture among Europeans; an Irish-German has less genetic continuity than a German or English-German). We had working cities, but not too large. We had good and fulfilling lives.

Since that time, we have done nothing but add more complexity to lives that need none of it. We do not need immigration or diversity; we do not need thousands of movies; we do not need endless insurance, bureaucracy, red tape, and regulations. These things merely make life ugly using the pretext of defending the helpless against themselves, but really simply empowering a class of professional parasites to live off of us as lobbyists, bureaucrats, politicians, and media talking heads. These people add nothing to life, and take away a good bit of our time.

Perhaps the essence of tradition consists of looking inward and finding your place in the universe. Modernity loves to pitch us the snake oil salesman yarn about how we can be anything just for wishing it, or how the future is ours, as if we might win some vast lottery. In reality, each of us has a place that makes sense for our abilities and inclinations, and will be happiest there, as masters of a small domain instead of yet another face in the crowd screaming for a chance to rule the world, as people seem to, these days.

Tradition means love of the unchanging, for it is strong where we are weak, and desire for a strong social order so that the assorted parasites, sociopaths, neurotics, international investors, merchants, religious fanatics, schizoids, and blockhead nerds do not tear it down. Humans will destroy anything in their desire to be significant, but the humans that actually do great things get over their desire to be powerful, and focus on what might be done to improve our human role in things. We can always refine our scholarship, improve our literature, write great symphonies, develop new science and technology, create more wealth, and clean up and order our communities so that they resemble an outgrowth of nature instead of an alien, self-conscious human thing. There are only a few great mountains to climb, however, and they have already been climbed.

Some years ago, I spun off two notions for what a movement might be, “continuity” and “Us.” The continuity movement argued that we should aim for a civilization that perpetuates itself for all time, mainly by simplifying everything we do and keeping out the destructive disordered mentality of the average human. “Us,” on the other hand, simply argued for finding your tribe and working to improve it, rather than worrying about what other tribes are doing or trying to piggyback them. Both of these fit within unchanging tradition.

This leads us to perhaps the hardest concept we will encounter, which is wholes. Humans do not need many different agencies exploring problems and writing endless reports; we need whole institutions, or those which span all areas of society and implement the same idea in different disciplines, that find out what produces a “Golden Age” and keep doing it. They can adapt to the changing years, and they require genius for that, which is why we tend to have caste systems to keep a very slow but very steady upward pressure toward excellence. However, they keep their principles and essential patterns unchanged because those will work in any age.

We have so many un-whole aspects of society. Someone notices a problem; the government tackles it with a bureaucracy, the NGOs rush in with crisis focus groups, and the media bloviates about it while people hashtag themselves into a frenzy on social media. These are not whole solutions; whole solutions involve finding the cause of what has gone wrong and changing it, with the knowledge that there will be no Utopian perfect solution, and that most solutions are applied at the local level.

Consider smoking. The government wants to regulate it out of existence, forgetting that they created the problem of cigarettes by banning the longer smoking process required for pipes and cigars, which were far less destructive, to the point that their effect vanishes in the backscatter from other sources of smoke and exhaust around us. Private industry wants to quash it and move us to marijuana, which has a long and storied use among Indo-Europeans as a religious sacrament, but probably is inappropriate for everyday use by everyday people. Nagging nannies want to tell us how horrible we are. What is the “whole” solution?

Perhaps tradition. Men smoke pipes, when they can, and they buy the leaf from tobacconists who get it from local farmers, or blenders who achieve worldwide success with class brands like Royal Yacht (or, if it is given room, Ye Olde Signe, despite the somewhat clumsy name). They never go to doctors, because they are healthy, and they spend their days with none of the chatter, advertising, neurosis, bickering, and propaganda that we experience.

Instead, they do as their grandfathers do, making civilization work in the most effective way possible, and have a lot more time to do things that matter in life. They have friends at the local pub, great-grandsons of great-grandfathers who did the same, and they can enjoy a local brew the way they do their tobacco, with zero regulations and revenuers in sight. They spend time on family, friends, and learning about their inner selves, so that they can both know the world and where they can find a place in it.

Modernity arises from the quest for “happiness,” but tradition consists of this desire for place. We know that happiness, fun, and so on are merely distractions; what makes life good is being able to be effective, participate in the process of life, have fulfilling families, and know that we are part of thriving civilizations. It all starts with bringing back those classic pipe tobacco blends, and focusing on how time makes us great, instead of reacting in fear at our personality mortality and becoming morally and intellectual craven ruins of a once-great race, as was the norm just a few years ago.