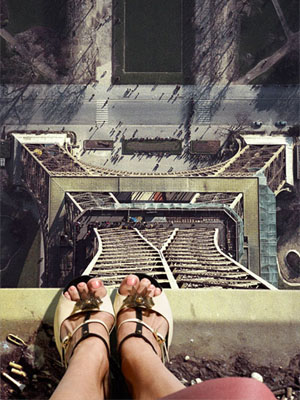 The modern right faces many problems, but the worst of these is within: it’s not certain what it believes, and thus what its purpose is.

The result is that modern rightists are forced to memorize issues, work with gut feeling, and when asked why they believe certain things, have no explanation.

Although the right tends to fear external explanations for a good reason, which is that once you put something in symbol form it can be recontextualized, have its elements redefined and become twisted in meaning without being altered at all, it’s also essential to know what our values are.

For that reason, at Amerika, we often write about the fundamental question: what is conservatism?

This is intricately connected to the question of what is liberalism>

We’re not going to get very far without a clear and complete picture of who we are, and who the opposition (since liberalism emerged after conservatism) are. Most media sources fake it, because their version of conservatism is essentially liberalism with conservative flavoring.

When we do not differentiate, it becomes popular for people to see that liberalism and conservatism have a lot of overlap, and assume that (a) the two are essentially the same, (b) thus being a moderate is a reasonable position, and (c) thus politics is contentless and we should let the degeneration continue because it is not explicitly labeled “DEGENERATION” and thus it’s easier to just ignore it and have another slice of pie.

Before we launch into today’s readings from more reputable blogs, let me offer this hypothesis:

From that, we get the massive varieties between and within the two poles. Liberalism is a spectrum from anarchy to communism, and rightist a spectrum from libertarianism to fascism. The left praises a social order in which all people have equal validity and thus no one is ever “wrong” or has bad results, as happen in nature with its predation and natural selection. The right likes a social Darwinism in its order where there is a clear goal and standards, and those who uphold and better this are rewarded, while those who do not are slowly pushed aside.

How does this translate into current politics?

The true Right, in both its Old and New versions, is founded on the rejection of human equality as a fact and as a norm. The true right embraces the idea that mankind is and ought to be unequal, i.e., differentiated…These differences matter, and because they matter, all of life is governed by real hierarchies of fact and value, not by the chimera of equality. – “New Right vs. Old Right,” by Greg Johnson, Counter-Currents

We are accustomed to both our leftists and our rightists demanding equality. In America, the right talk about guns and freedom and hope that such an anarchic plan turns out for the best. The left promise equality of a more radical sort, with government benefits, and use “civil rights” as their signature issue to force others to accept this. You don’t want to be seen as classist (1700s) or elitist (1800s) or racist (1900s) do you?

Liberal theory fiercely attacked [the] fundamental assumptions about human nature. Hobbes and Locke alike â€“ for all their differences â€“ begin by conceiving humans by nature not as parts of wholes, but as wholes apart. We are by nature â€œfree and independent,â€ naturally ungoverned and even non-relational. There is no ontological reality accorded to groups of any kind…â€

Perhaps the most well known modern-day critique of the distinction can be found in the works of the late Dr. Leo Strauss.

Political and social liberalism is therefore contrasted with an earlier, mostly now abandoned traditionalism. Traditional thinking flows from the recognition that man is primarily a social being whose nature is expressed within an organic, nurturing order. This grounding directs the individualâ€™s life toward a natural end, understood simply as â€œthe good.â€ The good life (the means toward the natural end) was a combination of human things and divine guidance, leading ultimately toward virtue. Virtue could be achieved by citizens, but only through participation within a larger settingâ€”first the family and then, on a higher level, the polis. Together the family and the civil order (note the very important word, â€œorderâ€) were co-responsible for both propagating the race and instructing current and future citizens on their quest for virtue, the good life. Citizens were a natural expression of a natural order sharing concrete bonds established by blood. Shared bonds, a collective uniqueness, disassociated citizens from non-citizen aliens and all others from whom they were naturally excluded. This â€œclassical idealâ€ was most popularly expressed within the ancient Greek political tradition: the philosophy of Plato and Aristotle, and the poets. The â€œotherâ€ could sometimes be close, but they could never be wholly trusted, and could never assimilate properly as citizens. For instruction we may turn to Euripidesâ€™ Medea: I am the mother of your children. Whither can I fly, since all Greece hates the barbarian? – “Breivik And The Triumph Of Liberalism,” by Michael Presley, Brussels Journal

I’ll go even further: what defines the New Right is that unlike the Old Right, it is not defending a presumed social order. It exists after the breakdown of that order, and doesn’t make its argument from that order, but instead from the common-sense reasons that required that order in the first place.

For example, if a bunch of cavemen are sitting around and rubbing sticks together to make fire, a liberal may come up to them and demand freedom from the oppression of gathering firewood. Fast-forward: a bunch of cavemen sit around freezing, doing interpretive dances and otherwise expressing themselves. The Old Right could say we should uphold the old order of making fire by rubbing sticks; the New Right simply points out that we’re freezing and it’s illogical to do that, and the only reason we continue doing it is a type of mind control rooted in socialization, where people see it as oppression, intolerance, etc. to demand that society functions.

Contemporary American-style conservatism and liberalism are merely two faces of that intelligible beast, (Eighteenth Century) Classical Liberalism. Its vision says the substantive unit or entity in politics is strictly the individual, and the freedom of the individual is the primary good after which society and government seek. Since, therefore, the term â€œsocietyâ€ indicates nothing more than a numerical aggregate of the individuals in a given area, then the only purpose of government must be to defend the potentially infinite number of â€œprivateâ€ interests of these loosely gathered individual freedom-maximizers.

American-style liberals and conservatives simply emphasize two distinct elements intrinsic to this vision: one insists that the â€œrightâ€ to unlimited wealth accumulation follows naturally from the freedom of the individual and that this right is only expressible if certain other freedoms are limited so that the literal place of the market can be stable and reliable (and therefore a relatively predictable place in which wealth â€” the value of a dollar â€” can be relied upon); the other insists that the individualâ€™s freedom consists primarily in self-fashioning and that the self can only enjoy this free play â€” its individuality â€” if it can know that society is stable, â€equal,â€ and reliable enough that the products of the individualâ€™s free play (the self made by the pure, autonomous will of the individual) will not have any material consequences. – “Letter From a Traditional Conservative,” Front Porch Republic

The essence of all liberalism is individualism, which requires “equality” not in a political sense, but in a social sense. All must be equally accepted and their choices given equal validity so we do not end up with a hierarchy, or the precursor to one which is any system where some ideas are right and some are wrong. Liberals hate nature because when it’s time to make a fire, there are some “right” answers (rub sticks, use flint) and millions of “wrong” answers (wish, sing, dance, etc.).

Equality means freedom from consequences. It means a perpetual means-over-ends analysis where reality is anything the individual wants it to be, and because this is illogical, it needs either powerful centralized regimes (Communism) or such extensive social disorder (anarchy) that a common ideology is comforting.

Liberals hate the notion that we have this choice. They have only one gambit, which is to take politics personally and thus demand that no higher order than the individual exists. If you don’t go along with this, they call you names and attempt to control your mind with social guilt.

But if you don’t give in, and point out that another option exists, it defeats their whole plan.