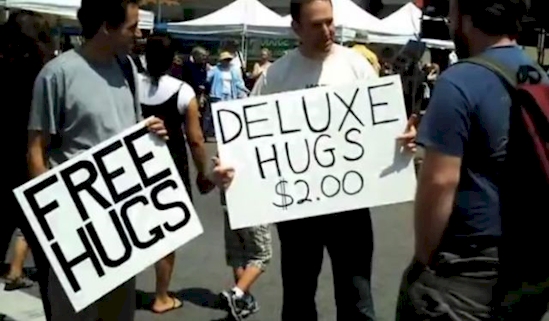 It should inform us of where we are in history right now that support for capitalism is viewed as sign of a bad character. After all, capitalism is what built this modern world; then again — and they lack the boldness to say this — most people hate the modern world, yet cannot articulate that or why, or better what they would prefer instead.

As with many things, I take a nuanced position on capitalism. Socialism is clearly adding sewage to milk, in that you might not notice a small amount but it sickens you slowly from within, so I could never support that. But on the other hand, I do not see capitalism alone as a solution, which is why the larger category that encloses it — positive reward systems — is one of the four pillars, but not a plan in itself.

Positive reward systems have two advantages: they are less likely to succumb to exploitation, and they are highly particular.

Exploitation occurs when someone is able to either be a free rider, and do nothing but still be granted a place and sustenance by society — in other words a parasite, or worse, to go from parasite to predator and take from society by injecting something hostile to it in place of a contribution (all Leftists fit this category). Any political system that gives reward before it demands performance is likely to be corrupted, but trying to manage reward through a bureaucracy is miserable also.

The only sensible way is this: provide reward for results without defining what form those results should take; use goals instead. “Stop the flooding!” or “Defend us against the Mongols!” are positive reward systems, but “Construct a 72m dike using eco-friendly materials” and “Produce NATO-compliant 2m longbows” are managed targets. In this way, the goal is highly particular, which means that decisions about what is appropriate are made at the most local level possible, which is closest to where the actual application occurs.

Leftism and other ideological systems work on generality or universality; they create one principle that is applied equally in all situations. The option to this is to be highly particular, or to note that all judgments are situational and all choices are ends over means, because by keeping a goal in mind we allow ourselves to choose what works in that particular combination of events, constraints, people and natural laws instead of trying to smash into it with an abstract but irrelevant principle and then rationalizing the results as “good” because they are symbolically good, not good in result.

Capitalism is highly particular. If I need a new irrigation system, I find someone who can construct it (or do it myself). He then looks at the situation and does what is needed, and exactly what is needed. If government intervenes with standards and regulations, these accelerate entropy by creating inexact responses to the situation at hand, which creates waste and through that, a loss of energy and the production of a contravening force, which is the tendency of waste to make more waste through breakdown. The more we standardize, the less efficient we are, even though it appears that the opposite would be true.

Nature works by this principle. Every mouse must find a way to survive. Those that discover they can eat something new, or a new way to burrow or travel through the underbrush, will succeed more than others if this method works. Thus the particular is communicated back to the abstract, and the mouse species gradually takes on the new discovery as a normal mode of behavior. This is the opposite from declaring a standard and making all mice obey it even when it does not apply, or worse, does not exactly reply, creating a comedic-tragic knee-jerk action of pounding round pegs into square holes.

Particularism allows nature to reach states of equilibrium, which are the opposite of entropy-dominant states. In equilibrium, multiple forces balance each other on a statistical level, meaning that there are minute-by-minute variations but that the system always returns to a sensible medium. This is highly efficient in that it both does not create waste and, by not being static or unchanging, is able to keep the elements held in balance strong by constantly testing them and weeding out any weaknesses discovered.

This is why I incorporate positive reward systems — which necessarily includes capitalism — into the four pillars. Particular methods are essential to adaptation. Universal methods adapt only to the human mind. If we are serious about survival, we will adapt to reality and not our own mental comfort.

The Loneliness Of An Alien Dawn | Finding God In The Details