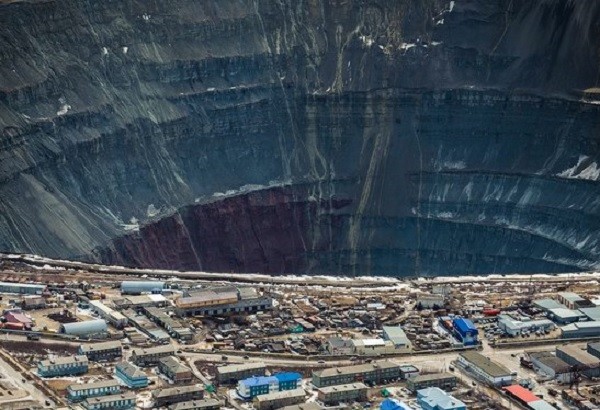 It is a popular saying in our churches and political halls: “we are all one.”

In fact, it will make almost any group perk up and listen to you with misty eyes. It encapsulates so many of our sentiments in this fallen time, from egalitarianism to the idea that we should all “just get along.” But it is an incorrect and degraded version of a greater statement, much as our time is an inferior residue of a better one, albeit without iPads and hip-hop music.

The original statement, unfashionable in this time, reads “We are all one in God.” If you are atheistic like many are and in fact I tend to be whenever I fill out triplicate forms, you may substitute purpose for the name of the deity. Most of the time however I find that a religion, in parallel with what was once called “science” that encompassed all learning, marks the mind which has sought beyond the boundaries of the visible and into the non-existent structure that nonetheless emerges everywhere, in both logic and the arrangement of physical matter in discernible patterns. God, purpose, nature, logic — pick which one you feel most comfortable with — because what I describe is in common with all three.

Now, “we are all one” is a much more convenient statement. It is the equivalent of the kindergarten teacher saying that we should all share and get along, or the politician talking about bipartisanship, or even the come-one-come-all cry of the barker. It limits our focus to the human world only, and thus like so many other human behaviors is entirely social in its scope, which reduces our problems from a complex management of ourselves as both individuals and species to a simple matter of socializing with others. Like many things in this world, it is a surrogate for the real task that, being easier to grasp and more tangible in focus, allows us a measure of comfort in how easy it is on our minds and the weight we carry as we consider what our future decisions will be.

On the other hand, “we are all one in God” represents a type of conditional statement. We are united where we are in God. This type of statement makes sense only when God refers to an order, not a physical person or discrete entity. God is Godliness, a participation in the order that is holy and what produces that type of pattern that is simultaneously good, beautiful and true. True means reality; good means a morality of creating greater order — complexity, endurance, universality, efficiency, quality — wherever we go; and the beautiful is what shows us the transcendent in the mundane. It peels back the layer of the visible and shows us an invisible order pervading all reality which gives it the possibility of purpose, and shows us a path to make us like ourselves more. But these must occur at the same time so that all three traits are one.

People shy away from this phrase not only because it mentions that least sociable of ideas, that of the higher order and possibly but not necessarily a metaphysical one, but because it mentions purpose. If God is an order, our purpose is that order; this is not to say that the order is inherent, because we can choose to avoid it. But like any thought which is more good, beautiful and true than others, it calls to us like a childhood dream or the image of early and perpetual love. The problem with purpose is twofold: first, we can fail to achieve it; second, we must cut out of the social circle those who fail to achieve it. Like the small rodents of the forest, we fear the predators in our world, but the greatest predator is existential despair or the sense that our lives have been wasted. We never want to be wrong, and wake up to find that we have spent our irreplaceable time and energy on the worthless, revealing ourselves as fools or lost souls. In other words, “in God” adds a burden of an order which the best of us embrace, revealing the rest of us as lesser beings, and with that burden comes the necessity of exclusivity. Some rise, others fall.

Exclusivity is the least popular topic in any social gathering. People take it personally when they are found wanting. (The best form of exclusivity is secret exclusivity, because then one may feel the rush of ego-opiates brought by recognition, but not suffer from the wrath and resentment of others when they realize they did not make the cut). In contrast, inclusivity remains perennially popular because it gives us all warm feelings. “All are welcome” and “we are all one” are the same statement. Inclusivity conveys not only the sense that peace will prevail and all will be happy, but the notion that individual advocating it has risen above the earthbound tensions of animals and has become a higher being, if only socially. Our society sways under the weight of many would-be prophets who feel the rush of endorphins and dopamine that comes with having negated the self in preference for the group. Inclusivity creates a group where everyone feels good about themselves and feels safe from others.

In the view of that group, exclusivity represents a cruel and primitive urge to stimulate the ego by being above others. They view it as a vestige of our simian past and congratulate themselves on having enlightened, progressed, transcended and most of all “been better than that” or “been the bigger person.” Exclusivity threatens the circle of warm feelings that socialization through altruism/egalitarianism provides. With purpose, exclusion of some becomes inevitable. And yet without purpose, our lives become a prison confined to personal power and desires, a game which rapidly becomes pointless and boring, but which we play out of habit and the same desire for completism and uniformity which motivates our obsessive-compulsive cleaning and organizing of ideas. Purpose gives us a reason to rise above ourselves, but most people fear that challenge through the assumption that they will fail, even when it is highly unlikely that they will.

In an exclusive society defined by purpose, inclusion becomes revealed as what it is: a great injustice. The person who does right gets the same reward as the person who does nothing, or stops just short in his wrongdoing as to fall below the threshold of laws or rules. To be fair to people, those who do more should receive more reward and recognition, and also be given power so they can more effectively continue doing more. This is the nature of any society with order, any belief system with consistency, and even nature which rewards adaptation over illusion. Exclusivity is entirely incompatible with inclusivity because each is anathema to the other and would un-do it in short order. Where “we are all one” is a statement of inclusion, “we are all one in purpose” forces upon us both the greatest gift of a life — purpose — and what we fear most, the lack of pacifism and sociability uniting us into a happy circle.

At the same time, purpose raises standards. Our goal is not the constantly downgrading cycle of acceptance that lowers standards in order to fit every plausible candidate in the circle, but the rising of standards that says that as we improve the goal rises higher. Perhaps we might even reach the stars. Where inclusion calls for a minimum standard, in other words a negative measure based on fear of excluding, purpose calls for a positive standard which rewards all of those who step outside their fuzzily self-referential minds and begin the climb toward excellence. This is why purpose, like so many experiences, begins with terror and then progresses after an initial learning curve to a golden era of greatness. But our fear holds us back.

You will hear “we are all one” anywhere people wish to unite others and manipulate them. Inclusivity carries an automatic threat which is that if you are not inclusive enough, you can be excluded. Exclusivity, on the other hand, has no additional hidden layer; you do what achieves a higher degree of the order sought and you are rewarded, and there is no other standard that can be used to exclude you. In addition, all benefit from the increased stability to society as a whole, and the decrease of ideas that make us neurotic. If we listen to pop-philosophers like Bill and Ted, who tell us to “be excellent to each other,” we see an initial progress out of pure inclusivity. It is not enough to be all one; we must be excellent. If we wish to return that statement to its original balance, it can be shortened to the simple be excellent. Discover the order to life — and beyond! — and make yourself and your civilization excellent through it. Not everyone can participate, but those who are excluded fail only by their own fear, and those who beat the fear go on to become more of all the good in themselves.

Tags: crowdism, exclusion, exclusivity, inclusion, inclusivity, we are all one