In the annals of human bungling over our wholesale destruction of our environment, the follies will be recorded as first hinging on a strawman (global warming) until people noted that, at the root of all problems, was one we have denied for its social unpopularity for too long: 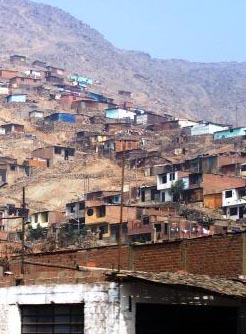 It used to be my litmus test. When someone started bloviating about how “green” they were, I’d ask what their view on overpopulation was. Suddenly they’d change from bold activist to meek suggestion box volunteer. Education was the answer, they invariably said, and suggested that we educate people to have fewer children. When I asked how well that had worked for the last 40 years, there was silence.

The unpopular truth is that education only works if the educatee has the congenital intelligence to appreciate what’s being taught. We can train anyone to do just about anything, if there’s an immediate reward for it, like on the job training. But we can’t convince them it’s a good idea unless they have the brains for it. Every idea matches an intelligence level and above; if someone is below that level, the idea seems to them like magic, silliness or witchcraft and they ignore it when at home.

This means that people are going to have kids as becomes convenient to their mindset, and we cannot count on them to be rational, because if they were rational, they wouldn’t be in this fix already. For this reason, education is not the solution to overpopulation.

But after the Chinese introduced this idea at the Copenhagen talks, more media focus has come to bear on the simple thought: what if we had a one-child policy for all couples?

The “inconvenient truth” overhanging the UN’s Copenhagen conference is not that the climate is warming or cooling, but that humans are overpopulating the world.

A planetary law, such as China’s one-child policy, is the only way to reverse the disastrous global birthrate currently, which is one million births every four days.

The world’s other species, vegetation, resources, oceans, arable land, water supplies and atmosphere are being destroyed and pushed out of existence as a result of humanity’s soaring reproduction rate.

Humans are not rational creatures. We are social creatures, and fashion our rationality to look good to others. At least, unless we have a clear hierarchy, goal and culture to back us up so it’s not us, personally, against someone else, with no support for what we’re doing except “I personally thought it was a good idea.” Individual fear of conflict rules us and given our history, that’s understandable.

I support the one-child rule.

The left will tell me that it’s fascist because I have imposed the will of the State on the individual.

The right will tell me that it’s Communist (and/or Nazi) because I have imposed the needs of the collective on the individual.

I have news for these idiots: we are inherently collective, because we are a civilization. That’s collectivism. We are inherently serving the State, because the state is how centralized authority works, and without it we have anarchy — not the fun kind, but the L.A. riots kind where after you’ve been robbed and raped someone burns your home down.

Wake up call — smell the coffee! — this is life, not your advanced literary meta-theory about the theory of theory, theoretically, class. Life is combat. Life is struggle. Life is individuals trying to get ahead of other individuals… unless, of course, they’re on the same team and share the same struggle.

Although it’s hard for most voters to grasp, we’re on many teams at once. One team is the “Residents of Planet Earth” team. We need to not destroy this place, and that means not crippling the ecosystems that replenish air, water, plants and animals. (That’s not the primary reason to be green, but my thoughts on that are so controversial that none of you will support me.)

I support the one-child rule, with one caveat:

Let those who are more productive, more intelligent, of better character or just nicer breed more.

The world needs more Jim and Michelle Duggar, who are raising 19 or so healthy youngsters of above-average intelligence, strong moral background and responsible lifestyle.

It needs fewer broken, neurotic, narcissistic, hedonistic, beliefless, soulless, resentful and below-average people breeding. These people contribute nothing but the ability to do most of a task if pointed out to them in detail, which means that when they’re not watched, they do stupid and destructive things like litter, buy junk products, vote for morons, and so on.

The one-child policy is a great idea if we pair it with a policy that rewards good people by allowing them to have more children. Let’s not cut humanity back equally. Let’s cut back on everything but the areas where we are succeeding. Because that’s how history will measure us, and how we’ll find a way to survive in the future.

Heresies | Signs of decadence: truth is an offense