Of Wolf And Man 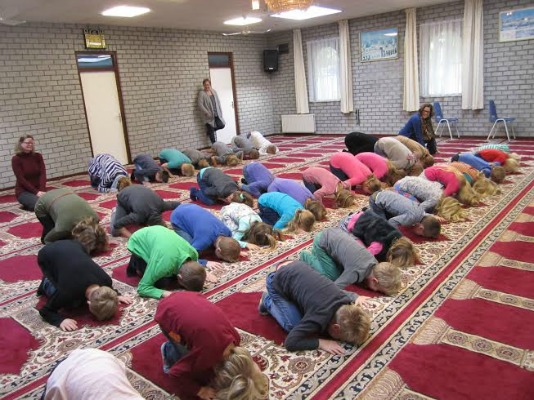 The fate of man in Amerika is synonymous with the fate of the wolf. The beast longs for open, forested acres and the freedom to run and hunt unimpeded. The man longs for similar. He needs that freedom to act and to be. That guttural yell of victory when you break your PR on a running track or a squat rack is analogous to the full-throated howl of the wolf who has crested the high mountain and gazed in dumbstruck awe at the shining, beautiful full moon.

The wolf is an epitome of Godâ€™s blessed creation. He is the optimized predatory machine. Man had to build a Ferrari before he could replicate the way a wolf runs. You can be of the same essence. You can write, you can do, and you can create order from the void. Man, like the wolf is God-breathed creation â€“ fearfully and wonderfully made. We can all be so much more, yet our society holds us down. Intentionally. It seeks to smash that which was created in love and beauty.

So as the sheep bleated their cowardly bleat, the wolf had to be hunted. The bounty was put on his regal head and paid when his bloodied pelts were brought to market at the trading post. Some say it was greed. Others decry the ignorance. I believe it the wellspring of a far greater human failing and iniquity. It was jealousy. And so it is when the man is held down in Modern Amerika.

The contemporary world is not very well built for a large chunk of males. The nature of current service jobs, coddled class time and homework-intensive schooling, a feminized culture allergic to most forms of violence, post-feminist gender relations, and egalitarian semi-cosmopolitanism just donâ€™t sit well with manyâ€¦what shall I call them? Brutes? Quite simply, there are many people who donâ€™t like it when the world becomes nicer. They do less well with nice. And they respond by in turn behaving less nicely, if only in their voting behavior and perhaps their internet harassment as well.

Yes, the men rebel when society tries to turn them into boycvnts instead. I remember getting carded straight to the sin bin in a rugby match a few years back. A sly little wanker was raking me hard with the boot at every breakdown where I was on the ground. My offense to earn the yellow card was to grab his leg, throw him on the ground and yell at him â€œIâ€™ll eat your fvcking intestines if you step on me again!â€ It took a few minutes to restore order between the scrums, and the referee had grown tired of culinary recommendations for the afternoon. In retrospect; it scares me that I could have vocalized what a rebel in Syria actually did to one his dead enemies in that nationâ€™s civil war. Repress a man in some way and the rage explodes. You cannot make a man into something else.

Yet all is not lost or in darkness. The wolf returns. From Wisconsin on West, the wolf has come back from extinction to the point where it can be legally hunted throughout Western Canada and many American states. The glorious predator runs again through its ancestral hunting grounds. Itâ€™s like the forest is again returned to a certain primeval glory. Like the wolf, there are pieces of America that can return.
The usual cuckwads predictably whinge below.

Trumpâ€™s support is overwhelming male, his modes are extremely male, no one talks about the â€œBernie sisters,â€ and male voters also supported the Austrian neo-Nazi party by a clear majority. Arenâ€™t (some) men the basic problem here? And if you think, as I do, that the incidence of rape is fairly high, perhaps this shouldnâ€™t surprise you. The sad news is that making the world nicer yet wonâ€™t necessarily solve this problem. It might even make it worse. Again, we donâ€™t know this is true. But it does help explain that men seem to be leading this â€œpopulistâ€ charge, and that these bizarre reactions are occurring across a number of countries, not just one or two.

Worse, you say? That is the voice of the hollow man. A Populist charge with bizarre reactions? (((EVERYWHERE))) Lions, tigers and…wolves!!! We, like our analogous endangered species, long to return to our rightful domain. And so it shall be. Our victorious cries will ring out as we reconquer this desert of the real.