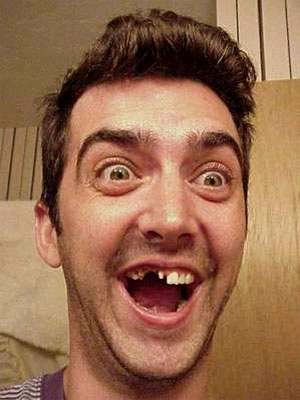 To my view, most Hollywood movies and modern political activism follow the same form: go to some situation where there’s centralized power, dissolve it and protect the individual from any kind of control, then declare victory and go home.

Leaving, of course, the individuals to assemble whatever bottom-up ad hoc political system they can.

This kind of mentality detests anything but the idea that empowered individuals with no obligation to anything except themselves exist; because it wants that ideal, it assumes it is good. It wants that ideal because to the armchair king of the modern individual, projecting themselves into that situation, total independence seems like what they would want.

And yet they leave wreckage behind them.

They justify their wreckage by using the voodoo science of statistics, which assumes that all humans were born equal and born yesterday, so there are no prior causes. Only the action we do to them and the way we measure it matters.

Not the tendencies of the people going into our system, their abilities or even more, their history. Here’s exhibit A of the failure of this mentality:

One hundred forty-three years after passage of the 13th Amendment to the U.S. Constitution and 60 years after Article 4 of the U.N.’s Universal Declaration of Human Rights banned slavery and the slave trade worldwide, there are more slaves than at any time in human history — 27 million.

Todayâ€™s slavery focuses on big profits and cheap lives. It is not about owning people like before, but about using them as completely disposable tools for making money.

They spell it out for you here: we passed all these laws making slavery illegal.

How did the world react? In places where large numbers of people who could do nothing but labor in the fields or factories existed, they simply enslaved them in a new way… a new more horrible way. Where previously you owned slaves, and therefore had investment in keeping them healthy, now you just pay slave income and if the person objects, you fire them and strand them in poverty.

Wonder what happens to them then. It would make a great Toni Morrison novel, something like Skulls on the River Bank or In the Warm Glow of Our Trash Fires.

The nu-Crusaders, these empowered moderns who project their own fear of consequences onto others, have not slowed down to notice. You think this story might be as big as the slavery debate was in the 1840s, but it isn’t for two reasons.

First, our stock-in-trade Hollywood People Power feelgood solution isn’t going to work; second, it’s mostly hype like most of Alternet, meaning that what we’re seeing is extreme worker exploitation not slavery but the good nodding empty nobody heads of the Progressives wanted to make it seem more dramatic, so they called it slavery. Gambit failed.

However, that doesn’t mean this article is without truth: where slaves were once owned and kept like livestock, meaning as valuable parts of a farm economy, there are now disposable workers who are paid a pittance and left to manage their own housing, food, health, etc. — a task they inevitably screw up, perpetuating poverty.

Why do they screw up? Well… your modern viewpoint will be appalled, I guarantee it — but if your country is so devoid of organization and talent that you’re still providing only unskilled labor, you’re probably on the lower end of the IQ scale. If you’re of lower IQ, you screw up anything but very simple tasks. Horrifying, like mortality it reminds us of our own frailty, so we deny it and insist everyone is equal because that feels better, even if it has nothing to do with reality.

Let’s look at another rockin’ failure of good intentions:

California has a special place in the American psyche. It is the Golden State: a playground of the rich and famous with perfect weather. It symbolises a lifestyle of sunshine, swimming pools and the Hollywood dream factory.

But the state that was once held up as the epitome of the boundless opportunities of America has collapsed. From its politics to its economy to its environment and way of life, California is like a patient on life support. At the start of summer the state government was so deeply in debt that it began to issue IOUs instead of wages. Its unemployment rate has soared to more than 12%, the highest figure in 70 years. Desperate to pay off a crippling budget deficit, California is slashing spending in education and healthcare, laying off vast numbers of workers and forcing others to take unpaid leave. In a state made up of sprawling suburbs the collapse of the housing bubble has impoverished millions and kicked tens of thousands of families out of their homes.

How did California fail? Just like our slavery example, good intentioned people made laws, in complete denial of reality, and assumed that fixed the problem.

The reality: California admits anyone.

The problem: most of them are incompetent.

The “solution”: solicit votes from the incompetent by promising social resources.

The consequence: People conveniently use up uncountable amounts of government aid, cause immense damages in crime and irresponsibility, and will not accept anything but “yes, we’ll write a law to grant you even more of the same” from their politicians.

Schwarzenegger’s not a disaster… he’s the one thing trying to save his state from going over the precipice into Third World USA, but that’s so unpopular that the nodding empty nobody heads in the press are calling his administration a “failure.” So trying to stop a runaway illusion is a failure? I’d like to “fail” then so I can succeed at reality.

The Committee didn’t think so. Fearing, I suppose, that abstinence-only programs would not meet the standards for the new pregnancy prevention funding and loathe, it seems, to end the dedicated funding stream to ab-only programs (which have been demonstrated ineffective by study after study after studies), the Committee also approved Senator Hatch’s amendment (in a 12-11 vote).

As we’ve previously discussed, over 80 percent of abstinence-only curricula provide information about contraception and other reproductive health services that is medically inaccurate, exaggerated, and misleading, such as grossly exaggerated failure rates for condoms, false information about the risks of abortion, and subjective, moral judgments treated as scientific fact. The abstinence-only curriculum, Me, My World, My Future (1998), used by eight federal grantees, refers to a 43 day-old fetus as a “thinking person.” Why kNOw (2002), a curriculum used by seven grantees, asks rhetorically “could condoms be just another stupid idea?”

So we’re all supposed to hate, hate, hate the abstinence-only education because it “doesn’t work” in the eyes of these studies, which find that most kids just keep on doing what they were doing before.

Yet abstinence-only education teaches an important message: it’s your future and you’re responsible for not screwing it up. Even more, the message makes it very clear: don’t do anything for which you’re not ready to accept the consequences.

I don’t believe the founders and promoters of abstinence-only education have any belief or intent that it will stop teenage sex. What they want, however, is to return a sense of gravity and import to teenage sex while using it to teach a good lesson: you’re responsible for your actions.

That message is directly in contrast to what the empty nodding nobody Progressive heads want you to believe which is: it’s not your fault, it’s your situation that makes you what you are, not the other way around. 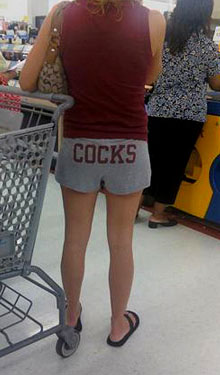 Of course they’re offended by abstinence-only education. It doesn’t try to “help” those who cannot help themselves; it recognizes, instead, that these people will keep on having sex and babies at age 15 as their ancestors did, and as peasant populations the world over always have. They’re wired this way and no program of any kind will ever change that, even Machine Guns in the Bedroom or No Abortion Left Behind.

What abstinence-only education does is something that pisses off the empty heads who are angry that life wasn’t handed to them on a platter: it benefits the smarter kids who aren’t getting enough guidance at home, and gives them a workable plan. It tells them to be choosy about who, when and how they have sex, and reminds them that abstinence is an option.

But that raises them above others who are going to plough ahead and be knocking out the babies halfway through high school, so it’s hated by the Progressives. Yet the Progressive program leaves wreckage in its wake in that now, instead of telling smart kids to be responsible, we’re telling them that anything is permissible.

That means those who most need guidance — those who can respond to it, instead of procreating instinctually and randomly — are given bad data as if we wanted to destroy them.

As more Californias crop up across the West, we will see that once again our “good intentions” don’t match up to reality, mainly because how we define “good” is a matter of personal mental convenience and not in any way a practical response to reality. So we declare ourselves Crusaders, charge in and apply our fixes, then declare victory and go home… leaving less order, more destruction and misery in our wake, but who cares because for those golden moments, we feel as kings.