Nothing is free and all is a zero-sum game 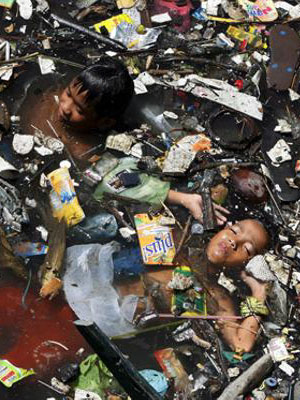 “And everything is free!”

This is usually how government programs and extra services from corporations are explained.

Sign up for this program, get free welfare; it’s free. Get a free toaster. You can always come back for a free consultation.

Like the best lies, the word “free” relies on an ambiguous definition. Free as in easy, as in natural, as in no restrictions or as in you can do it without interference? And to what degree?

Obviously, nothing is truly free. Everything you do creates consequences. All things must have costs. Free means — well, whatever they want it to mean, and whatever they can get you to think it means before you sign the dotted line.

Let’s put it this way: no great advertising campaign ever worked by making sure you were fully informed. They work by creating visions in your head that are better than what is actually delivered. That way you buy and, with your vision unfulfilled, come back to buy more to hope to reach the vision next time. It’s like gambling, drug addiction or fishing.

Over time, you find out that nothing is free.

The free toaster is to lure you in to sign up for a bank account, which then charges you fees that would buy you 100 toasters over the course of a year. The free consultation is free in that you listen to advertising for free under the guise of helping you. The free government social program is paid for out of tax money, which then can’t pay for other things.

That’s the crux of the issue: nothing is free, because the money could have gone to something else.

There are two types of cost.

There is direct cost, where something costs you money in the relative short term. When you trade the toaster for high service fees, this is an example.

Then there’s socialized cost. When you vote for a “free” government program, the cost of it is distributed among all of us as taxes.

It seems insignificant, in that it’s usually $7 to any one citizen, if you divide the cost of the program by the number of taxpayers. But almost half of the population pays no taxes, and a good deal more pay very minimal taxes, so the cost is higher. But even that is not the point.

As said above, the point is that taxes are a zero-sum game. If you vote in a program to paint the toenails of postal employees, the money spent on that can’t go to education, the military, or even what many of us feel is its best use, which is back into the pockets of those who know how to create wealth, products, services or leadership. (They then distribute this money more intelligently than the average.)

Other choices also incur socialized cost. Drug-taking, prostitution, gambling, and rehabilitating criminals may seem like victimless crimes. Until you realize that each time these happen, society loses the chance to have something else: stability, happy families, well-adjusted people, freedom from constant recidivism.

In life, by the nature of time and space, every choice represents a choice not taken.

Free programs aren’t “free,” but a choice to avoid other uses for that money, including not raising taxes and not taking it out of you.

Imagine living in a place that recognized this unlike most democracies. Government would be pared down to its basic functions. There would be no welfare or social programs. Activities that cost money or distribute cost to others would eliminated. Those who commit crimes would be exiled. Those who want to engage in behavior that doesn’t support a family-centric, conservative lifestyle would have to go elsewhere.

The result is that the residents would pay very low taxes, have no parasites around them, and be able to pursue the lifestyle that they like most majorities are interested in — normal, wholesome, productive living — without being interrupted by the dysfunction that societies create, and the subsidies that government uses to keep dysfunction alive.

It’s a tempting vision and a realistic one. But many people, usually neurotic, oppose it because they fear it will hurt someone. Hurt who? Someone productive, or a parasite? And why would you argue for a parasite, unless you see it in your self-interest to have parasites? I don’t imagine the host wants fleas, but I’m certain the fleas want the host to have fleas.

Nothing is free. But some people want us to think that some things are free. To what end? Are they host, or parasite?