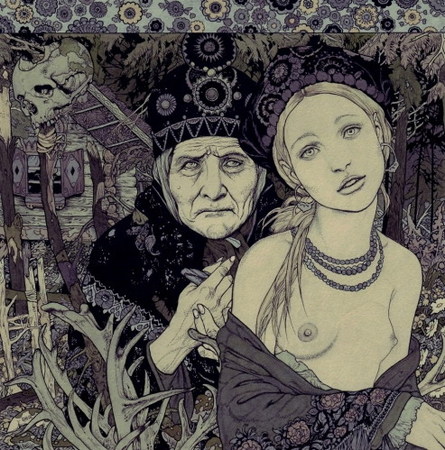 As the cultural shift that has empowered realists against ideologues gains momentum, new organizations are cropping up to take care of a vital need: establishing secondary and tertiary levels of understanding for its basic concepts. One group chooses to do this through literature and fiction, and calls itself Resurgence. Its founders, Everitt Foster and HFT, recently launched a book club for the understanding of all things Alt Right and beyond through literature and debate. They were kind enough to take a few moments to give me their thoughts while we crouched behind an overturned truck as Christmas race riots wracked America…

What is Resurgence and why did you create it?

HFT: I feel disconnected from my own heritage and culture and have forgotten any history I might have learned in high school. So when Everitt proposed that we start the group, I jumped in on it right away. Reading about what makes a nation and a heritage, retracing the steps of our ancestors, and consolidating the gained knowledge in discussions and debates is an important personal step for me. I want to understand and connect with my roots.

Everitt: I proposed the group because I am a bit older than most people I run across in the tech world or in the university setting. I see so many young people either not caring about their heritage, or in some cases thinking it doesn’t matter because all people should be treated as individuals. I also wanted to help spread the word about the good works that are not studied in High School or most universities simply because “dead white males” are so out of fashion right now. If I can help people rediscover their roots, learn a little about western civilization, and become motivated to find common bonds with other people of their heritage then I would say “mission accomplished.”

Why the focus on books? Are these important in the digital age?

HFT: Books still make up the bulk of historical knowledge, theoretical arguments, and practical advice today. In the age of tweets and blog articles, books represent an opportunity to relay an elaborate argument — too complex for a movie and too long for a blog article — as well as play out its consequences and present its background in detail. The discussion generated by a book can be more thoughtful and informed than that generated by a movie or blog post or tweet. Our goal with this group is to grow along with the material we read and discuss. I believe that books represent an ideal medium for this.

Everitt: I am a bibliophile, I love books and always have. I got my first book when I was five years old. When I was twelve, I saved up my lunch money and went bought a copy of Dracula. The thing is that books and movies and video games are all competing for the same dollar, but the difference is that a book is preserved for posterity and you can write a book for that long-term reward. Jane Austen was writing for posterity. You can’t write a video game, or make a movie for people that don’t exist yet. Backers will want their investment back. You can’t say in the year 2300, it’ll be a huge success, and people will really love this. But you can write a book for an audience that doesn’t exist yet. That’s why they’re important. Also books are important because educated people read them. Then those people go forth and sew the seeds which they found in books. If we can do anything with this book club what we can do is to plant the seeds in people’s minds.

What type of change do you want? What is your ideal society? How does this relate to, say, classical literature?

HFT: I want to see a return to a simpler, traditional way of life. This would make living in balance with nature and natural law more important, and put greater focus on the existential value of experience than on material objects, technology, wealth and power. If not kept in check, those things cause unlimited growth, which makes societies self-destruct as they are unable to support this new burden. A civilization of this nature would be comprised of decentralized, high trust local communities, held together by a sense of heritage and values in common. Societies of this nature have been all but displaced by globalization and the introduction of “diversity” in the West. I want to use products designed and built in my country, in a society which chooses its values over what the worldwide markets tell us is important. As has been said elsewhere, diversity is over and globalism has failed. It is time to embrace that which truly binds us together instead.

Everitt: I want a change away from the ever-increasing globalism of the world to nationalism, so that we can preserve actual diversity. You can take a French flag, a French croissant, and Normandy butter and you have something that is uniquely French. But if you do that in London, the magic is gone. I want to get the world to see that the nation is not a bad thing, and tradition’s not a bad thing, because the alt right is about nationalism and traditionalism. Every other one of our policies, every other one of our ideas, can flow from that. My ideal society is probably a hierarchical society where people have the opportunity to get ahead in society if they are intelligent, and I believe that is the society which will endure among Western people.

Classical literature is ultimately about identity, it’s about the people writing it. Shakespeare could not have written in Italy, even though his plays were set in Verona.This is because I believe you need to be in the presence of the culture to write about it. Classical literature defines our values and it makes us look at what is important, and makes us look at and understand that this is my family, my parents and so on, but this is my extended family, this is my ethne, as Anthony D. Smith calls it…my tribe. We often praise science and engieering for the wonders of the modern world, but what came first science or history? Indeed I would argue that science exists because people learned history, learned literature, and learned to be proud of their heritage.

Your ideas seem to be gaining currency. What do you think is driving this?

HFT: Basic dissatisfaction with modern life under the globalist-liberalist world order. Life is getting further and further away from what we are born for. We have a mental health crisis happening all across the West. People stopped having families. No family means a life of pure and ultimately unsatisfying materialism. I believe that people want something more than that, and the globalist left simply can’t provide it, so people turn to us as a viable alternative.

Everitt: I think the political environment of 2016 is driving it. We on the alt-right generally support Trump, and we seriously oppose Hillary and the left. But we’ve been active as an online force for at least five years now. More if you want to go back to the original days of VDARE.com and American Renaissance and of course you could also talk about philosophers like Spengler, Benoist and Faye of the French New Right.Â  But I think the thing driving people into our arms is the way that we just brush off cries of racism, sexism and anti-semitism. I’m none of those things and so I don’t care what people call me. The new order is not going to be left vs. right, it’s going to be globalist vs. nationalist. I think people are picking up on this and searching out these deep dark corners of the internet looking for people espousing their views.

How do people join this group and stay current with what you are doing?

HFT: The best way to connect with us is to join our GoodReads group. We also have a website, and a Discord server on which we conduct our book discussions.

Everitt: The alt-right isn’t something you join really, it’s something you decide you are. It requires what we call the “red pill” and sometimes a lot of red pills. You have to wake up to the notion that the world has been vilifying “Dead White Males” from the classrooms built by… Dead White Males. As for joining the Regurgence GoodReads group all you have to do is sign up for GoodReads, find our group page, then join. If you want to learn, you could do worse.