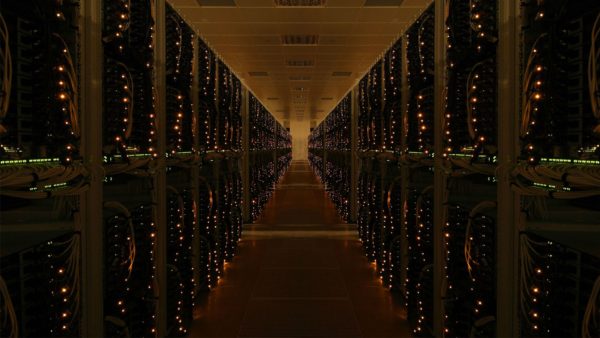 The Left specializes in creating mental spam. Every few weeks, there is a new distraction that they hype into an end-of-the-world style issue, not so much because they care about the issue, but because they need to keep their base panicked and angry so that they become a personal army to crush opposition and demand Leftist power.

Currently the Leftism media-political establishment is raging about net neutrality:

Federal regulators will move to roll back one of the Obama administration’s signature Internet policies this week, launching a process to repeal the government’s net neutrality rules that currently regulate how Internet providers may treat websites and their own customers. The vote on Thursday, led by Federal Communications Commission Chairman Ajit Pai, will kick off consideration of a proposal to relax regulations on companies such as Comcast and AT&T. If approved by the 2-1 Republican-majority commission, it will be a significant step for the broadband industry as it seeks more leeway under government rules to develop new business models. For consumer advocates and tech companies, it will be a setback; those groups argue that looser regulations won’t prevent those business models from harming Internet users and website owners. The current rules force Internet providers to behave much like their cousins in the legacy telephone business. Under the FCC’s net neutrality policy, providers cannot block or slow down consumers’ Internet traffic, or charge websites a fee in order to be displayed on consumers’ screens.

As usual, the Left wants to confuse one method of addressing a problem with the set of all methods, so that their voters think there is only one way to fix the problem and any deviation from that is treason.

First, we should talk about net neutrality. The original idea of the net was that every node could forward packages to every other node, based on the idea of mutuality, or that each did the same to others. This works in a subsidized or military system, but not in a market, where some sites are massively larger than others. This means that the little guys spend their money and energy supporting Google, Amazon, Wikipedia, Apple, Facebook and Twitter, while the big companies owe them nothing.

This means that net neutrality, as a concept, was dead the minute that the internet was commercialized.

Next, we should talk about monopoly. When a large search engine like Google, or massive site like Amazon or Wikipedia, controls most of the eyeballs, the policies this site uses to list links on its pages regulate who lives and who dies. A site with low Google rank disappears and its business evaporates; a concept that Wikipedia refuses to mention — in a model like that of the mainstream media, excluding its ideological enemies — just drops out of public consciousness. Any concept of neutrality is long dead.

With those in mind, we can turn to a solution. Regulation adds expense and litigation to otherwise thriving industries, displacing little guys and favoring big guys. The consumers ultimately want the ability to see anything they want on the net without consideration of what it is. But they have already lost that, long ago.

Instead, it makes sense to let the market cure this one. If an ISP is blocking your traffic, you can sign up with a competing ISP… except you cannot, because regulation keeps the market small and so you have few options. Instead of piling more bad regulations on top of that, it is time to repeal more laws and let the problem work itself out.

If consumers desire net neutrality as much as they claim they do, they will be willing to put market pressure on their ISPs instead of relying on Big Daddy Government to do it for them.