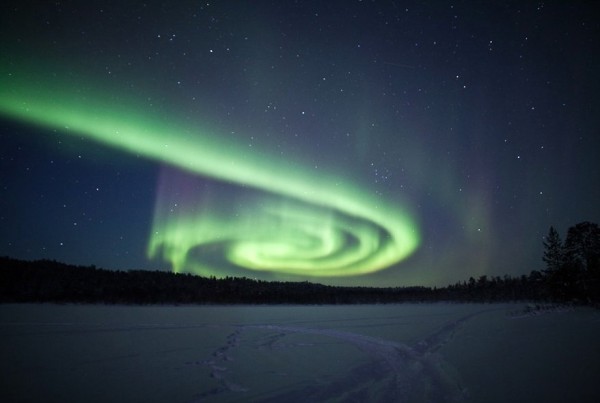 The ongoing Neoreaction drama is bound to take some time to clarify because afflictions do not reveal themselves. Much like only the stupidest evil would appear in an evil-looking form, we inherit our worst confusions from the world around us in a form that is invisible because it is both abstract and broad. This thinking then underscores everything that we do.

Mr. Henry Dampier wrote a quick piece in response to “What is Neoreaction?”. In his piece, he addresses an important point, but not the point I made. His thesis reads as follows:

The part that I do mind is the bit about fame, which is an unavoidable byproduct of actually organizing people to achieve certain goals. Jesus had his apostles, followers, and divine powers, but the rest of us who are less holy than Jesus must use time, money, material, power, and energy to achieve our political ends.

Popularity and admiration are natural byproducts of success. Itâ€™s generally good to downplay them and shed the byproducts when itâ€™s feasible, but such behaviors canâ€™t be eliminated entirely.

…some of Brettâ€™s criticism to me seems to be that we ought to have divine powers, like Jesus, which would prevent us from having to get our hands dirty with the whole money and manipulation business, because sheer purity and disinterested practicality would carry the day. This may be my resentful misinterpretation of his criticism, but itâ€™s my instinctive reaction nonetheless.

I think too highly of Mr. Dampier to assume this is resentful, but what makes this situation difficult is that it involves breaking out of the assumptions that are inherent to our time, which makes the truth doubly hard to find. It is both obscure, in that we do not know when we start where to look for it, and hidden, in that the precepts applied to any modern argument will confuse us. This is not an easy task.

The target is not popularity, admiration, or wealth here. “What is Neoreaction?” is not an anti-capitalist screed, although it notes the limits of capitalism.

That essay raises the question of goals. If the goal is to be Neoreactionary, that should be done, in full. When that goal gets supplanted by another goal, like money or power, then the goal of Neoreaction is inescapably lost.

Endure a metaphor, if you will: when an artist writes a book to tell a truth, he creates a story, characters, metaphors and setting to express that truth. However, if the same artist realizes that people look forward to confirmation of their existing ideas, and writes books to that end, the method of making money has replaced the goal.

We are all familiar with this process. It explains why a brand that produced good solid products a decade ago now makes flimsy plastic crap, banking on its good name. It explains why every rock band goes to a terrible place after three albums. It explains why promising political candidates, once they get into office, suddenly turn their backs on their own beliefs.

This is the nature of politics: it reverses our thought from acting toward a goal, to acting toward the reward that normally comes from achieving the goal. This means that instead of acting from cause to effect, we are acting from effect (money) and inventing a cause (the book) to match. It is a form of corruption of will.

This is what has happened to Neoreaction. In the struggle for individuals to differentiate themselves and gain an audience, they have moved from writing about relevant topics to writing about that which they know will cultivate an audience, and for that concern alone. This has distorted their message and created entryism by demotism.

Itâ€™s also a little odd for â€˜traditionalistsâ€™ of a certain tradition which claims to be an ur-tradition to speak as if their tradition is universal, and then to berate rival traditions as being false rather than particular to a certain culture and geography.

Evolans see tradition as absolute and the differences between geographical locations as a failure to fully interpret. There is a correct answer, as with all questions, to the question of human civilization. Saying that it varies with continent is a sensible political strategy, but one that ultimate affirms relativism and the kind of “truth is optional” attitude that makes democracy abhorrent. The European and American strains, which we might describe as socialist and libertarian respectively, will resolve themselves for the very failures of socialism that I document in “What is Neoreaction?” and of libertarianism that Mr. Dampier describes in his response.

However, he does conclude the piece in a hopeful and useful way:

For that matter, itâ€™s a good jumping off point for me to reiterate the goal that I made up for this website for this year: to investigate the passing of the grand tradition of higher education and to make some progress towards restoring it in a practical way for the people who read this. Itâ€™s also always been my approach to focus on the natural elites, and to disdain the others.

That means that Iâ€™m mostly looking to appeal to professionals, doctors, lawyers, and the occasional disaffected right-wing academic, small business person, engineer, and investor. I also especially want to get to know and appeal to parents of large families who are right-wing.

The point made by the article still stands, which is that when a message gets bent to please its audience, truth suffers — and so does any hope of winning over the actual audience. Neoreaction has filtered its audience by demanding realism and truth at the same time, which replaces the narrow pragmatism of appeasement. Those who will understand it, like the audience for Nietzsche and Plato, want hard answers to a problem that humanity has never been able to solve: the creation and maintenance of stable but notable civilizations.

Neoreaction stands out from most modern suggestions along these lines because it rejects the liberal assumptions that underly everything we see, hear and read in public. It does so broadly enough that differentiating what areas it attacks becomes impossible. It rejects egalitarianism and the notion that we are obligated to others, which is where it overlaps with anarcho-capitalism/libertarianism.

The path however runs deeper and further into the forest than that. As detailed in “What is Neoreaction?” those who hope to escape the thinking of the dying West must look to the roots of the psychology that created it, and expunge that. Many philosophers have achieved partial answers without distorting their message to sell AdWords. The rest of us can do the same.