In todayâ€™s American parlance, the word â€œnemesisâ€ is taken to essentially mean an enemy, a rival, or a villain. But in Greek mythology, Nemesis is not depicted as a demon or a monster. Nemesis is, in fact, a winged Goddess. Some say that she is as beautiful as Aphrodite, herself.

The Union and the Confederates. The Axis and The Allies. The Hippies and â€œThe Man.â€ It seems everyone, every group, and every era has its own forms of Nemesis. Even within ourselves are forms of Hubris and Nemesis.Â  We’ve all been arrogant, we’ve all been righteous.

The 60s are often characterized as a permissive era of wild self-expression. The hippies, like any emotional beings, wanted peace. What characterizes the hippies as being different from any normal, peace-loving, God-fearing person is that they thought the mechanism to bring about peace was permissiveness. This kind of thinking is not totally illogical. But permissiveness does not check IDs at the door. â€œAre you Good or are you Evil?â€ Sometimes law and order needs to step in.

It should be noted that the Zodiac did not rape nor did he mutilate bodies. And even more interesting is that hubris, as originally conceived by the Greeks, refers to the mutilation of corpses and improper burial of the dead. The Zodiacâ€™s hubris was manifested in his taunting letters and idiosyncratic ciphers, not the mutilation of bodies. He seemed to enjoy the cat and mouse game with the cops even more than the killings.

The Zodiac, not surprisingly, inspired copycats. Not just other murderers, but people who sent their own rambling letters to the police claiming they were the Zodiac. The authorities were able to keep track of the real Zodiacâ€™s letters by noticing very idiosyncratic, but consistent, deliberate word misspellings. â€œClueâ€ is â€œclew,â€ â€œcouplesâ€ is â€œcoupples,â€ and in general, inclusion of silent â€œeâ€ when adding “ing,” the use of â€˜sâ€™ forâ€™ z,â€™ â€˜sâ€™ for â€˜câ€™ and â€˜câ€™ for â€˜k,â€™ and misuse of vowel sounds as in â€œfruntâ€ for â€œfront.â€

This may be a stretch for some, but is there not, essentially, an â€œunwritten codeâ€ and form of humor, displayed widely on the internet and text messaging, in which people purposely misspell words as a funny gag? The Zodiac was especially peculiar, using words like â€œparadice.â€ But weâ€™ve all purposely misspelled words as a goofy from of self-expression. Itâ€™s as if we are mutilating words. 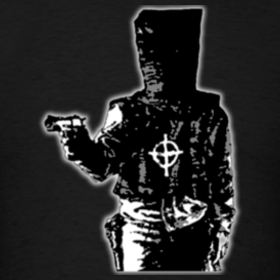 However, there is another legendary American nemesis who neither mutilated bodies nor taunted authorities. In fact he was kind of boring. Ted Kaczynski does not fit in with our narrative paradigm. How interesting that in 1980 the FBI formulated a psychological profile of the unidentified bomber describing him as a neo-Luddite with an academic degree in the hard sciences. But in 1983, this was discarded in favor of a profile that described the suspect as a blue-collar airplane mechanic. In other words, they got it right the first time!

A high IQ neo-Luddite sounds almost unbelievable. Why would an academic, living in America, whose expertise is math and hard sciences, be skeptical of technology? The world should be his oyster. In fact the world was Kaczynskiâ€™s oyster until they built a road right on top of it:

The best place, to me, was the largest remnant of this plateau that dates from the tertiary age. It’s kind of rolling country, not flat, and when you get to the edge of it you find these ravines that cut very steeply in to cliff-like drop-offs and there was even a waterfall there. It was about a two days hike from my cabin. That was the best spot until the summer of 1983. That summer there were too many people around my cabin so I decided I needed some peace. I went back to the plateau and when I got there I found they had put a road right through the middle of it” His voice trails off; he pauses, then continues, “You just can’t imagine how upset I was. It was from that point on I decided that, rather than trying to acquire further wilderness skills, I would work on getting back at the system. Revenge.” -Ted Kaczynski

Our default narrative assumes it must be a frustrated blue-collar man, maybe with girl problems, instead.

It also should be noted that â€œThe Unabomber Manifesto,â€ is actually titled Industrial Society and Its Future. The word â€œmanifestoâ€ implies an almost belligerent, delusional diatribe, not a thorough, logical critique of modern society. Perhaps we were hoping a little Karl Marx would rub off on Ted Kaczynskiâ€™s good name.

Also noteworthy is that the title â€œUnabomber,â€ coined by the FBI, is another example of the mutilation of words: â€œUNiversity and Airline BOMber,â€ then given the Frankensteinâ€™s Monster treatment.

Kaczynski further confounds our default narrative. Kaczynski purposely dismissed his court appointed lawyers and did not enter an insanity plea. His lawyers wanted Kaczynski to plead insanity in order to avoid a death sentence. But Kaczynski knew he wasnâ€™t insane. He calls the courtâ€™s bluff, dismisses his lawyers, and wants to represent himself. The court quickly backs down, and enters its own plea agreement. The court essentially balks at Kaczynskiâ€™s bet and folds, instead.

The court knew Kaczynski wasnâ€™t insane. They hoped the fear of a death sentence would intimidate Kaczynski, he would plead insanity, and that would be it. They didnâ€™t want a Harvard/Michigan/Berkeley PhD mathematical super genius to represent himself, because God knows he could. Kaczynski could have probably conducted a trial for quite some time.Â  With powers of full discovery and subpoena, he could have made them look very bad with his choice of FOIA or subpoena data.Â  Who knows what we would have learned? 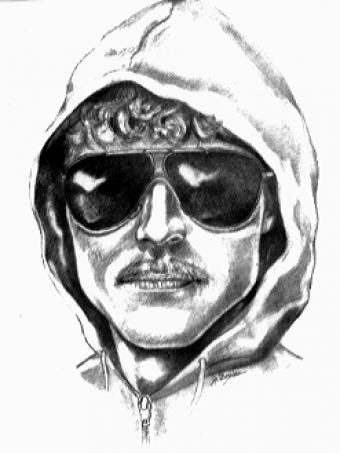 Kaczynski confounds us by having a purpose beyond his own pleasure, comfort and even his own life (he did not plead insanity to avoid a death sentence). His goal was not mindless self-expression or ego-drama, but to achieve something at a level beyond himself.

He haunts us with his modesty. His mail bombs were creative but not really expressive in the way that writing â€œHelter Skelterâ€ in blood is. His letters to the media were few and far between and very rational and sober compared to the Zodiac. And donâ€™t forget he wrote the boring old Industrial Society and Its Future. Kaczynski was a real alien because he did not join the constant flow of self-expression.

More recently, that deluge of self-expression experienced another interruption.

The 9/11 attacks on the World Trade Center (RIP) and the Pentagon induced three forms of terror: the actual deaths, the symbolic shock of seeing jumbo jet kamikaze attacks, and the terror of knowing the terrorists had lived among us.

Mild mannered guy next door by day, militant Jihadist by night. Just like Zodiac, Charles Manson and Ted Kaczynski; an invisible, incomprehensible threat. The killings may upset us, the taunting may offend us, but what we really fear is the possibility that just around the corner our Nemesis, who has not been brainwashed into constant self-expression, may await and with his greater discipline plan our doom.

That package in the mail might be a bomb, the Tylenol Iâ€™m taking might be laced, that person might be a terrorist. Life has a dark side. But in a permissive world devoid of virtue, myths, and religion, it takes a Nemesis in the order of a Zodiac Killer or a Ted Kaczynski to remind us of it.