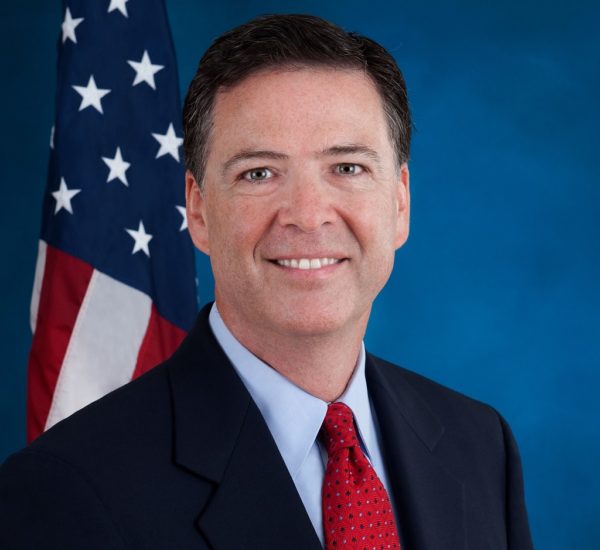 If #DrainTheSwamp is anything other than a cool sounding #Hashtag over at #Gab, then yesterday was a most excellent day for true believers in the restoration of some semblance of decency in Washington, DC. Let us embark on a thought experiment where we assume for the sake of removing exogenous factors that Donald J. Trump really and truly is a pussy-grabbing, swine-plooking, low-down, disengenuous, ego-masturbating, power-lusting, bloody-toothed, throat-ripping, braggadocio brigand of vast and ineluctable Knee-and-err-thall dysgenics.* Even assuming Donald J. Trump had completely slimy and self-dealing !INSIDE THE BELTWAY! motives for firing FBI Career Parasite, James Comey, yesterday goes in the win column for Team America. Yesterday Vin Scullyism returned to the swamp astraddle The Potomac. The individual was subordinated to the good of the country.

Andre Dawson has a bruised knee and is listed as day-to-day. Aren’t we all?

Put quite simply, regardless of whether or not you are an Expos fan of yore, we are all, even the All-Star Outfielder and clean-up man suppossed to be day-to-day. Regardless of where we work or who we choose to ultimately serve, we are not personally bigger than our cause, our office or our society. When you violate these principles, you’d better be as good of a king as Charlemagne.

James Comey wasn’t even Charles Schumer; much less Charles the Great. Eric Holder, Alberto Gonzalez, Jamie Gorlick, and finally Jeff Sessions ALL opined that Comey should be singing tenor… ten or twelve miles away from any important decisions involving the FBI. It’s hard to simultaneously piss off both Jamie Gorlick and Jeff Sessions. Your options, at least with regards to the US political and social spectrum are typically one or the other. It took a maxed-out Cloaca Maxima to embrace the healing power of and on that one. Michael Goodwin performs the necessary proctology to support that particular diagnosis.

The suddenly former FBI boss was long cavalier about making enemies among both Democrats and Republicans, as if going rogue repeatedly proved his rectitude. On occasion it did, but Comey increasingly wore his self-righteousness on his sleeve, confident he was too big to fire. That was his fatal mistake. And itâ€™s why Trump made the right decision to show him the door.

In and of itself; I find that particular vice necessary, but not sufficient cause to fire a professional bureaucrat. St. Paul teaches us that lust for fame is the fountainhead of sin, but not, in and of itself; the tainted liquor of malice. Comey checks off the necessary boxes in his quest for self-aggranization.

Comeyâ€™s power-grabbing arrogance is why I called him â€œJ. Edgar Comeyâ€ two months ago. His willingness to play politics, while insisting he was above it all, smacked of Washington at its worst. He was the keeper of secrets, until they served his purpose.

For their to be any legitimate justification for a democracy, the people voted into power actually have to wield it. The relations have to be a formalized chain of command with duly enacted reules of engagement; vouchsafed by an uncompromising system of checks and balances. An unelected bureaucrat, operating a dark organization beyond his official mandate that wields its influence upon the gravaman of an information cartel will only yield to corruption and ultimately decline. Comey could have been to Amerika what Ricimer was to Late Imperial Rome.

So for all his manifold flaws, Donald J. Trump had a bright and shining moment as a true American Justiciar. Goodwin fittingly sings the praises below.

As such, the president did to Comey what no president had the courage to do to J. Edgar Hoover. Five presidents wanted to fire Hoover, with Harry Truman accusing him of running a police state and of blackmail. But all were afraid of Hoover, so he died in office. Trump acted before Comey could get that kind of lifetime protection, which has no place in American democracy. At our best, we are a nation of laws, not of people who accumulate power and ruthlessly wield it without accountability.

Trump, like the MLB Manager who listed the wounded version of Andre Dawson as day-to-day, enforced legitimate professional accountability on an illegitimate aristocracy of back-stabbers. Firing James Comey is an emotional event for professional DC and it’s Cheerleaders and catamiting Blow-Harlots in the Main Stream Media. James Comey, in their warped and dishonest world, was never supposed to be day-to-day. Mr. Trump did Amerika a solid with four magic worlds. “Mr. Comey, you’re fired!”

* — I need to go check Al.Com this morning to see if I missed any of the preferred DNC talking points on the way in to work this morning.