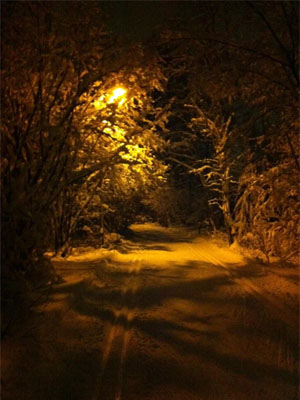 Articulation is the process of sculpting concepts in words. It is hard work, both difficult and an endurance test. Not all of us have the time or inclination to do it.

As the decades have passed, a growing sense of unease has bubbled up among people in this society. We cannot articulate this sensation because it’s not on the surface like the economy, wars or even poverty. It’s a swarming sense of dread, that we as a society have gone down the wrong path.

For us to understand this sense of dread, we have to articulate what it is about. It is not about any of the external options or symbols in our world. Instead, it is an internal dread — a gut feeling, a common sense, a sixth sense — that the whole darn thing is off track.

The object of this fear cannot be addressed with political means as they are defined outside of ourselves. The political parties for example offer us very little, since they are two sides of the same coin. That coin says we are all equal and we can do whatever we want, and it creates a society of excessive growth and chaotic individual behavior. Nature and civilization itself pay the bill for that disorder.

We can portray the disorder in terms of leftism versus rightism, and be correct, but even that can falter because most people have forgotten the intelligible meanings of these terms. (Rightist: someone who believes in an order of nature that exists outside human will; leftism: someone who believes the equality of individuals is more important than anything else, including all natural orders including “reality” itself.)

It makes more sense to simply call it modernity.

Modernity has been building for over 2,000 years. It has been a steady retreat from the idea that existence itself is valuable, and participation requires we understand a divine order underpinning reality. What has replaced it is simply selfishness.

The original human societies did not permit much selfishness. They saw themselves as collaborative efforts toward a goal. As they got wealthy and bloated, the “new” idea that instead society existed to serve its members appeared. This was a justification for selfishness.

While this justification inevitably uses big emotional symbols, like the poor or minorities, it is always about individuals wanting no oversight of themselves. They want whatever they do to be OK, and they want to be “equal” so they can demand no oversight, and also a place in line. They want to use society as a support system for their own pleasures and obsessions.

Naturally, any society built on such individualism — and if you analyze the language, “individualism” means the individual comes first before everything else, including the collective and reality itself — will quickly tear itself apart. But our ancestors built good, solid honest cultures, and so it has taken quite a long time.

Modernity is not tangible. It is an idea, thought or notion, like the worst of our afflictions. Obesity starts with ignoring the consequences of calories. Alcoholism starts with a denial of the effects of alcohol. All insanity begins with the thought that reality follows our minds, not the other way around.

Any number of false enemies will come your way. These fakes rely on your frustration and difficulty articulating why you are upset. Their goal is to make you fight them, so they gain through guilt and necessity a place at your table. These are parasites, but not the cause of our misfortune.

The real enemy is a thought. Other mistaken notions resemble it in that they are not immediate in result. You can get away with the deception for some time. You may even be able to fake it on a regular basis. Eventually, the disastrous results come due.

Modernity is now showing us its ugly side. Across the globe, governments have bankrupted themselves in pursuit of liberal programs. Societies have become dysfunctional, families ruined, daily life a miserable imitation of TV shows, and jobs and commerce have taken over souls.

The West encountered modernity first because our society leapt into industrialization and advanced culture before others, for whatever reasons. It is good that we get infected with modernity; it’s the only way we will know how to defeat it.

However, before we can defeat it, we must first recognize it. That requires we stop fighting false enemies and focus our minds on what is really wrong. Like all articulations, this is hard work and not as emotionally satisfying as raging against a tangible enemy.

But unlike those hobbies, it may actually solve the problem.