Modern Society Is Slowly Poisoning You 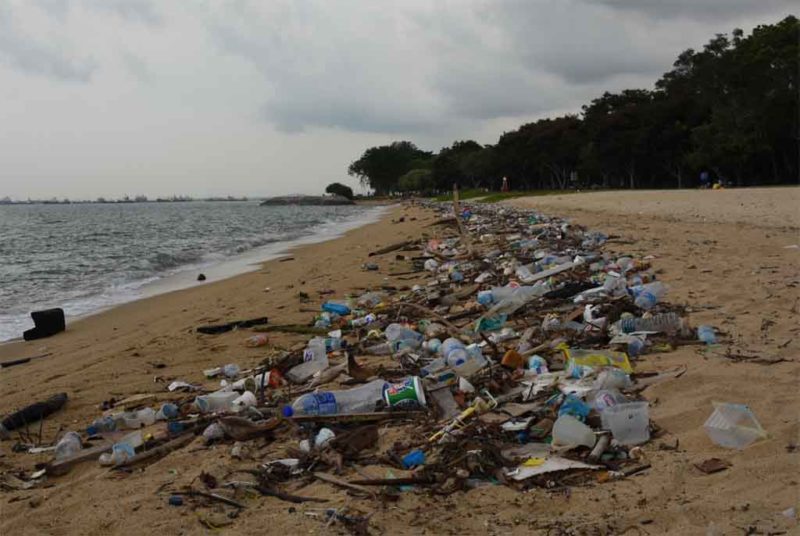 The slow attack often wins because the target does not realize that he is under assault. Instead, he notices mild inconveniences, strange events, and that nothing makes any sense. Becoming bewildered, he cannot identify the aggressor, and so is overwhelmed and replaced.

All of modernity fits this form because it consists of attacks which form tight cycles. In these cycles, goal and method are the same, and cause and effect are the same. Take, for example, egalitarianism: it hopes to achieve equality with equality, causing that equality through a government implementing equality.

Our brains cannot wrap around these tropes which exploit the principle of identity. Instead of being what they are, they are advocates for what they are becoming the standard, and their method is to assume that anyone who objects hates those involved personally. It is schoolyard reasoning expanded to an adult level.

A normal sense of identity holds that one is proud to be what one is, and that this somehow fits into a larger plan. The solipsistic modern agenda holds that one what is must become the standard, so that no others rise above and can tell you “no,” or point out that you are wrong, or assert standards, purpose, or values.

Not surprisingly, our entire society has wrapped itself around this idea. Instead of deciding where things go, we assume that each individual can live a life identical to all others, and that everyone can do anything that they can afford. This creates a condition ripe for poisoning: no restrain means over-application of ideas, technology, and chemicals.

In the future, historians will look back on this time as a long Roman Holiday of unbridled selfishness which led to a toxic environment at every level. They will see us as people caught up in a giant trend, the egalitarian fixation that like Saint Vitus’ dance leads us to destruction, who poisoned Earth, sky, and sea in our quest for self-importance.

What is this dancing plague? In the sixteenth century, people became afflicted with pathology of dancing until collapse:

…The Strasbourg dancing plague might sound like the stuff of legend, but it’s well documented in 16th century historical records. It’s also not the only known incident of its kind. Similar manias took place in Switzerland, Germany and Holland, though few were as large — or deadly — as the one triggered in 1518.

…According to historian John Waller, the explanation most likely concerns St. Vitus, a Catholic saint who pious 16th century Europeans believed had the power to curse people with a dancing plague. When combined with the horrors of disease and famine, both of which were tearing through Strasbourg in 1518, the St. Vitus superstition may have triggered a stress-induced hysteria that took hold of much of the city.

If you ever find yourself wondering how everyone else could be wrong, and why they have been wrong at many times in history, consider this: the same psychology that underlies the dancing sickness — “monkey see, monkey do” — also controls us today. If it is less manic, that is only because it is moving more slowly, which is the best way to subvert someone. They will rarely notice fundamental changes if they are incremental. The slow attack succeeds for this reason.

Perhaps the most insidious creep has been the normalization of modern society itself. People are now accustomed to a world where you depend on a job in order to pay off parasites to escape the rot infesting the core of your civilization. Our forefathers would have seen them as both weak and insane for doing this.

Even more, we are accustomed to the modern cycle: something new arises, the raving mob clamors to become involved, thus the new thing becomes a product catering to them, and as a result it is torn down and destroyed or at least adulterated beyond recognition. This is like the French Revolution applied to everything, and it ruins all good things in time.

We fail to note that this cycle extends to civilization itself. Civilization existed before modernity. The herd took over, and since then things have been bad. That resulted in poor judgment across the board, which means that people were oblivious to obvious threats.

For example, the new prole kingdom was excited for its ability to grow lots of food, but ignored the obvious health consequences of the external use of industrial chemicals which now — decades later — is coming back to bite us in the posterior:

The Food and Drug Administration (FDA) has been testing food samples for residues of glyphosate, the active ingredient in hundreds of widely used herbicide products, for two years, but has not yet released any official results.

But the internal documents obtained by the Guardian show the FDA has had trouble finding any food that does not carry traces of the pesticide.

“I have brought wheat crackers, granola cereal and corn meal from home and there’s a fair amount in all of them,” FDA chemist Richard Thompson wrote to colleagues in an email last year regarding glyphosate. Thompson, who is based in an FDA regional laboratory in Arkansas, wrote that broccoli was the only food he had “on hand” that he found to be glyphosate-free.

Scientists identified glyphosphate as a carcinogen. They have done the same with other pesticides and fertilizers. We know that they are on the right track because the people most exposed to these chemicals show higher rates of certain cancers:

Farmers in many countries, including the United States, have lower overall death rates and cancer rates than the general population. Lower death rates among farmers for heart disease and cancers of the lung, esophagus, bladder, and colon, in particular, are thought to be due, at least in part, to lower smoking rates, as well as more physically active lifestyles and dietary factors.

However, compared with the general population, the rates for certain diseases, including some types of cancer, appear to be higher among agricultural workers, which may be related to exposures that are common in their work environments. For example, farming communities have higher rates of leukemia, non-Hodgkin lymphoma, multiple myeloma, and soft tissue sarcoma, as well as cancers of the skin, lip, stomach, brain, and prostate.

One industrial chemical that presents a higher risk of cancer probably determines no greater risk to the population. However, a person does not exist in a laboratory; instead we live in a world where we are exposed to hundreds of chemicals which could be mutagenic or carcinogenic, and this exposure happens over time, building up reserves of these chemicals in our bodies.

Even laboratory rats fed insanely large doses of chemical compounds might not experience the same risk as those who succumb to the slow attack: gradual absorption and saturation by constant small amounts of these mixtures foreign to the body.

Modern society — which favors an anarchic bureaucratic approach, as opposed to time-tested principles and a case-by-case basis — enables people to ignore the potential risks of their actions and surge full speed ahead with whatever plans they think will reward themselves. No authority above, or even principle, guides them at this point.

From this comes the result that not only are we surrounded by toxic pesticides, but that other dubious chemicals float around us all the time, accumulating in our tissues and perhaps eventually sickening us:

When people are out and about, they leave plumes of chemicals behind themâ€”from both car tailpipes and the products they put on their skin and hair. In fact, emissions of siloxane, a common ingredient in shampoos, lotions, and deodorants, are comparable in magnitude to the emissions of major components of vehicle exhaust, such as benzene, from rush-hour traffic in Boulder, Colorado, according to a new CIRES and NOAA study.

This work, published in the journal Environmental Science and Technology, is in line with other recent findings that chemical emissions from personal care products can contribute significantly to urban air pollution.

…This study is part of an emerging body of research that finds emissions from consumer and industrial products are important sources of urban air pollution. A recent study in Science, led by CIRES and NOAA’s Brian McDonald, found that consumer and industrial products, including personal care products, household cleaners, paints, and pesticides, produced around half of the VOC emissions measured in Los Angeles during the study period.

These are just some of the many sources of foreign chemical compounds in modern life and long-term effects of cumulative tissue buildup are almost totally unknown. It seems that mob rule has not worked out so well for protecting us from the “little things” that may kill us. Even more, we have built a society around toxic behavior, including toxic emissions.

In fact, our mania — the dancing plague of our time — includes the need to aggressively assert denial of how badly things are turning out for us. We cannot notice that the Emperor has no new clothes on a range of issues: ugly cities, make-work jobs, tax grifting, diversity failing, unstable democracies, and the general low quality of people and their mental state.

How did we not notice that we were making a toxic mess of our world? How did social dysfunction become normal and just sneak up on us, despite doing so in plain sight? The mania of our time, a disease of democracy or perhaps decline itself, commanded us not to notice and instead to think ourselves clever for having dodged some of the worst of it on a personal level. Clever monkeys realize that schadenfreude affirms their own cleverness in avoiding a misfortune, so they enjoy the presence of misfortunes.

While we are accustomed to seeing environmental issues as linked to the Left, and therefore to oppose them, perhaps it is time for the Right to see how environmental conservation and conservation of Western Civilization are the same: we are fighting against a mania, struggling to notice what is real despite the peer pressure, and then, gaining the gumption to do what is necessary despite it being unpopular.

That mania enforces itself through our fear of being unpopular. To be popular, one must do what the rest do, which then binds us into a great tornado of herd behavior crashing across the landscape and blind to its consequences. As we find ourselves finally spun down and stunned on the ground, we see the destruction we have created, and awaken in shame.