Mind your Ps and Qs 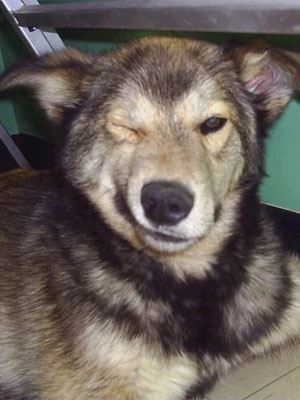 Common to all cultures, disgust and taboo seem universal. What are the origins of curse words, vulgar language, dress codes, obscenity and censorship in general?

You might think some boring old men were sitting around one day and arbitrarily decided to ruin everyoneâ€™s good time for kicks. But it actually stems from a deep and sacred understanding of the metaphysical nature of reality.

For centuries philosophers have wondered if the world exists beyond our sensory perception. Perhaps life is a grand simulation orchestrated by a diabolical genius who resides in some netherworld. How do we know that reality is not only what we see, taste, smell, or feel?

The answer is so obvious that we donâ€™t even notice it. We prove it to ourselves, time and time again, by noticing that our senses deceive us. When you put a stick in the water, it looks like the stick is bent, but it is not. When you cover something up, like the body with clothing, you know what is underneath even though you donâ€™t see it.

The moon that is reflected in the water is not the real moon. The world that we see, taste, smell and feel is an illusion. A sacred illusion. A veil. Paradoxically, by proving the sensible world to be an illusion, by casting doubt on our own sensory perception, we also prove the firm substance of reality beyond the senses.

Although there is a reality beyond the senses, it cannot be completely and utterly understood in words or human terms. We can explain how water bends light to create the illusion of the stick, but we cannot explain why. It is ultimately a mystery. Since we ourselves are ultimately an aspect of reality, we cannot have the privileged perspective to view reality from outside of reality.

This realization shows up in many cultures across the ages. Human vocabulary is centered on the tangible, sensible world and the closest we can come to putting reality-beyond-the-senses into words is metaphor. Think of the Metaphor of the Sun, the Analogy of the Divided Line, or the Allegory of the Cave in The Republic. Here is a metaphor in Advaita Vedanta:

In the moonless night, a rope lying on the ground may be mistaken for a snake. We know that the rope alone is real, not the snake. However, the failure to perceive the rope gives rise to the false perception of the snake. Once the darkness is removed, the rope alone remains; the snake disappears.

Illusion is not the opposite of reality. It is a more subtle reality which enwraps the primary one and hides it. When we describe or explain how the world works, we are actually describing or explaining the illusion of reality, not reality itself.

So here is the paradox: by trying to expose reality-beyond-the-senses in terms of sensible description or rational explanations we introduce the concept that there is no reality beyond the senses. We have confused or conflated the question of â€œhow?â€ with the question of â€œwhy?â€

If you can imagine complete ignorance as total darkness, we can also imagine complete understanding as total blinding light. In both cases, we are incapable of seeing. This is why in the Allegory of The Cave, the adventurer has to go back into the cave, and his eyes have to adjust from light to darkness.

It is not enough to discover pure truth. The intangible, blinding light of truth must be turned into something beautiful, tangible and bearable for everyday use. Much like appearance hides the real reality, we cover the body to reflect this metaphysical truth.

We declare some things taboo or obscene to remind us of the boundary where appearance ends and reality begins. Curse words and vulgar behavior are cultural manifestations to remind us that there are limits and boundaries. Did you ever keep a secret with a friend? Have you ever winked at a girl? Itâ€™s in bad taste to blurt out the obvious. Some things must be left unsaid. This is the wink and nod of reality.

In order to truly affirm the mystery of life we must not give into the temptation to constantly expose reality. This is the mistake we have made with our intellectual enterprise of â€œfiguring things out,â€ and â€œexposingâ€ things. We must respect the boundaries of what we cannot perceive or know.

We should be more concerned with what kind of culture/community/civilization we want to manifest. We can either be poets or we can be pornographers, we can be vulgarians or we can be virtuosos. A noble enterprise might be to render life a little more mysterious than we think it is.

It seems we have done away with all mystery and now we are disillusioned. Maybe we should stop trying to “expose” reality and instead honor it for the delightful mystery that it is.