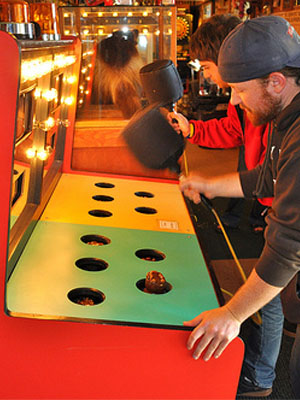 Often the people among us who tell us truths are those we would rather ignore.

Like someone pointing out that a friend’s fly is unzipped, these people give important information — and if the friend is about to go on a date or to a job interview, could stave off disaster — but it is unwelcome because it is personally offensive.

Before devil’s advocate became a cheap stunt in conversation, it kept its original meaning of being the provocateur who spoke for the unwanted truth.

Truth is not shared; each person has their own, and reality has one too. Often people prefer their own “truths” to truth, and defer the comeuppance until such time as reality steps in to correct their misapprehensions.

Some part of each of us wants truth to be like in the movies. The music swells, all the characters end up in love with each other, and all the loose ends are tied up, and then Truth descends with a golden bow around her neck, plain for all to see.

The more likely scenario is that truth is like a ghost. Some can see truth; most either explain away what they’ve seen (“just some steam in the pipes”) or ignore it entirely. Few actually look it straight in the eye and try to figure out what it is.

Then in turn there is the problem that truth is subject to explanation and interpretation. Suppose that the meaning of life was, as rumored, “42.” Interpretation is as important as the truth itself.

What motivates people best is not truth but emotion. If you can make one guy a self-important spoiled bad guy, and the other guy the hard-working under-appreciated poor guy, audiences will love it. They identify with the victim because the victim-story explains their own lives not as failure, but as inevitable. Inevitability lets them off the hook for change.

In the spirit of these narratives, it remains immensely popular to clamor for the deposing, disposal or desecration of our leaders. They are the cause of our problems, we’re told, and they maintain power by theft, cheating and lying.

Except… as we’re fond of saying around here, that’s not true. The marketplace of ideas has selected these people because they were more popular than others. That’s how democracy, capitalism, crowd-sourcing, social groups and other “invisible hand” systems work. They choose the most popular and we all assume that popular means good.

In the modern state, our leaders are just salesmen who are willing to take advantage of the fact that people will pay a lot of money for those emotional illusions, and almost none for truth. Truth is a bad product. Victimhood is a good product.

Voters will sacrifice just about everything to remain in denial. They certainly don’t mind when you run the debt balance up, or when the country slowly collapses from within. As long as denial remains, the voters are happy enough.

They are selling a very basic product, which is the notion that since we’re all in the same society, we have an obligation to make people happy. As individuals, we must defer to what others think is important, even if it’s stupid. As a society, we must be like a gracious host, providing the opportunity and funding for people to chase whatever visions they have.

In this dream, it is society’s responsibility to ensure that people are pleased with life and finding their own dreams. If this is not happening, it is injustice. This lets people constantly demand more of whatever they want, while explaining away their failure as the result of oppression.

Lest we get off on a course where it seems I’m bashing a particular group here, I am not. The vast majority of people in society behave this way, even successful and wealthy ones. It’s like that horrible meme of saying “I know, right?” after every sentence. It spreads through social contact because we imitate those around us that we find pleasing.

There is a contrary vision, and one we would prefer to ignore. It removes not just our excuse for non-performance, but all excuses. It gets us out of the mode of thinking that society is here to help us and that if it doesn’t, injustice has occurred.

Instead it puts real power back into our hands: the power over our destinies. This principle is “Life is what you make of it.” Most people will fight it tooth and nail because they fear the loss of guilt and obligation.

However, those people are the ones who are comfortable ignoring truth in favor of illusion, and putting off the ugly consequences for as long as possible. They urge us onward to death, not health.

Right now we are inheriting the illusions of our great^5 grandparents. History is like that; causes take a long time to fully become effects.

We can either choose to repeat the errors of the past, or for once realize that life will not change unless we make it so, and stop making excuses and start listening to truth.

White Girl Bleed a Lot: The Return of Race Riots to America, by Colin Flaherty | Eat your heart out