Is Western Civilization Suffering From Burnout? 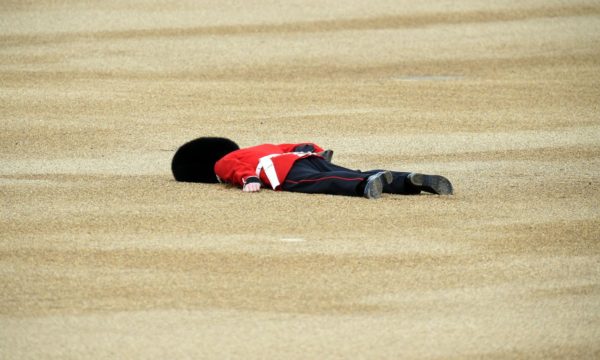 From 1843 Magazine, an inspection of the modern phenomenon of burnout:

When Elliot protests that he canâ€™t just do nothing, he is seeing and judging himself from the perspective of a culture that looks with disdain at anything that smacks of inactivity. Under constant self-scrutiny as to whether he is being sufficiently productive, he feels ashamed when he judges himself to have come up short in this regard. But this leaves him at once too drained to work and unable to rest.

Many of us look to the 1980s as a period of relative stability, but at the height of the Cold War, nuclear conflict was on many minds. It infiltrated popular culture and movies, and people reported it as a sign of stress. It was talked about frequently not just in media, but between individuals.

After the 1980s, things seemed to just… fall apart. The Baby Boomer 1968er Leftists took over, and most people were so fatigued by the stress of the Cold War that they just let it happen. Unfortunately for them, the Leftists got busy replacing every functional institution in America with a propaganda machine.

At this point, we have the worst of 1950s salesman culture and 1960s hippie culture merged into one. People work constantly, and then distract themselves with activities, as if trying to keep the mind from connecting with its inner core. We have become a society that specializes in make-work and non-issues to avoid looking at reality.

When we see people making bad decisions constantly, it is important to remember that they are over-worked, under-slept and under-confident. They are surrounded by a culture of distraction, deflection and constant fears which keep people under control of government and media. The stress leads to confusion and poor quality thinking.

How to get out of this loop? We have made the productive people into slaves of the unproductive through taxes and long work hours, and relaxing both would bring some sanity back. Removing the morass of red tape and dysfunction would help too. But really, we need a national identity back, and until that time, people will move in frenzied activity to distract from the lurking suspicion that their civilization is falling apart just as Rome did.

The Holistic And Organic Model Of Civilization | The Evil Emperors of The Amerikan Empire II: Lyndon Baines Johnson