Is Anything In The Media True Anymore? 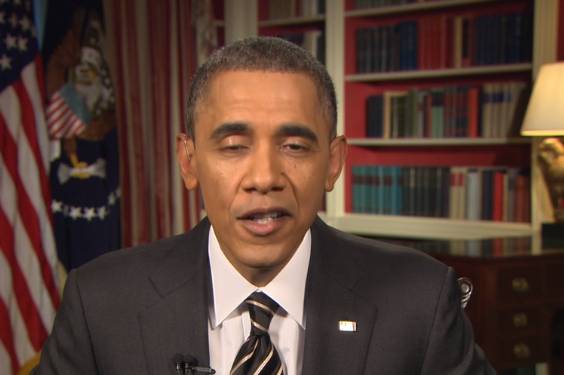 When we were growing up in spaced-out suburbia, people read Newsweek and The New York Times for information and repeated it as truth. That is what educated, successful people did; everyone else imitated in a covert and sly version of “monkey see, monkey do.”

In the method of controlling people since the dawn of time, these media establishments enjoyed preaching fear and then giving meticulous advice about details of daily life. This made it clear who was in the Cool Kids Group and who was just a — said in sotto voce — sad loser going nowhere.

The Times in particular conveyed all manner of dietary and personal care information like a tyrant dictating to his toadies. Eggs were bad; they would stop your heart. Fat was bad and should never be consumed. Coffee would make your brain turn to cheese. People need to stretch for thirty minutes before running or their tendons would explode. And on, and on…

Much of this “nu-knowledge” contradicted common sense. But it sounded good, so people kept running out to buy cottage cheese, low-fat salad dressing, light beer, bean sprouts and wheat germ. Fortunes were made based on what one $24,000/year writer the Times was able to twist out of a study written by a $18,000/year graduate research assistant.

A lot of us resented this stuff on a gut level. When people start dictating to you how to live your life, and anyone who does otherwise is seen as a dÃ©classÃ© moron, they have forced you into a control structure. You now either do whatever ludicrous thing they say, or admit you are part of the Great Unwashed, the Redneck Horde, or whatever group they are warning about this week.

Old-timers in particular took a cynical attitude. The papers always had some new fascination or fear to make the herd jump, buck and run. If you just waited twenty years, all of that stuff would be debunked anyway, and they might find out that some lobbyist slipped a few grand one way or another in order to buy a few hundred million of consumer interest. Quite a bargain, if so.

Now that years have passed, we are seeing the tip of the iceberg of the forgeries of “scientific opinion” that came our way during the consumer boom years of 1920-2000. In particular, it seems that the dietary advice of our big newspapers was just plain wrong, such as the Satanic Panic over saturated fats:

The authors, led by Dr Aseem Malhotra, from Lister Hospital, Stevenage, wrote: “Despite popular belief among doctors and the public, the conceptual model of dietary saturated fat clogging a pipe is just plain wrong.”

Dr Malhotra and colleagues Professor Rita Redberg, from the University of California at San Francisco, and Pascal Meier from University Hospital Geneva in Switzerland and University College London, cited a “landmark” review of evidence that appeared to exonerate saturated fat. They said relative levels of “good” cholesterol, or high density lipoprotein (HDL), were a better predictor of heart disease risk than levels of low density lipoprotein (LDL), also known as “bad” cholesterol. High consumption of foods rich in saturated fat such as butter, cakes and fatty meat has been shown to increase blood levels of LDL.

The experts wrote: “It is time to shift the public health message in the prevention and treatment of coronary artery disease away from measuring serum lipids (blood fats) and reducing dietary saturated fat. Coronary artery disease is a chronic inflammatory disease and it can be reduced effectively by walking 22 minutes a day and eating real food.” They pointed out that in clinical trials widening narrow arteries with stents — stainless steel mesh devices — failed to reduce the risk of heart attacks.

In other words, what was considered “settled science” and “everyone knows that” has become recognized as a false solution, which both wastes time on the irrelevant and obscures the necessity of the actual solution, which seems to be “walking 22 minutes a day and eating real food.”

Some might wonder how illusions like this have persisted for so long. The answer is that in a hierarchy based on popularity, instead of strict realism, whatever seems appealing to the herd will become dogma, and anyone who resists the dogma becomes an ideological enemy. Only with generational change do the illusions fade, because otherwise, those who oppose them find themselves ignored.

This form of “fake news” originated with payola to scientists by industry in exchange for conclusions favorable to that industry:

As nutrition debates raged in the 1960s, prominent Harvard nutritionists published two reviews in a top medical journal downplaying the role of sugar in coronary heart disease. Newly unearthed documents reveal what they didnâ€™t say: A sugar industry trade group initiated and paid for the studies, examined drafts, and laid out a clear objective to protect sugarâ€™s reputation in the public eye.

…Nearly 50 years later, some nutritionists consider sugar a risk factor for coronary heart disease, though thereâ€™s no consensus. Having two major reviews published in an influential journal â€œhelped shift the emphasis of the discussion away from sugar onto fat,â€ said Stanton Glantz, Kearnsâ€™s coauthor and her advisor at UCSF. â€œBy doing that, it delayed the development of a scientific consensus on sugar-heart disease for decades.â€

Fifty years later, we have caught these two — who are now deceased, which may be why this came out — but have no idea how many more existed, and how much of what we accept as truth is in fact cash-backed lie.

When promoters like Bill Nye or Neil DeGrasse Tyson tell us that something is 100% science, we should stop and ask ourselves who is telling us this, and whether they are simply preaching to the choir for more bucks, or accepting cash behind the curtain. We will not know for another fifty years, if history is any guide.

Shills, all of them. Under democracy, whatever the herd wants is that it is told, and because there is no hierarchy of people oriented toward truth and sanity, whatever people can be paid to say using their positions of authority is preached to the herd, and then the herd enforces it on one another.

Do not trust the media. Do not trust “science.” Do not trust academics, or history written by them. Our only tool in this game is logical analysis (sometimes called “critical thinking”) and it never favors the Left, who built their beliefs on the illusion that people are equal, and have been perpetrating lies ever since.