Our readers know that this site does not shy away from controversial topics. We are open to any logical and realistic ideas, and we are closed-off to any that are emotional outbursts or delusional. 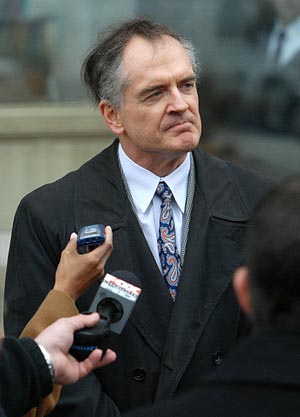 In our view, if more people had this outlook — call it “honest and fearless open-mindedness” — our political landscape would be less polarized and incoherent, which is a condition that benefits those who benefit from the status quo.

As part of our exploration of logical and realistic ideas, we do not shy away from the conversation about race, ethnicity, class and other facets of human biological diversity. We are not all equal. Since ignoring truths about reality endangers us and our society, we embrace the opportunity to analyze and discuss these topics.

For this reason, we stride a thin line between the special interests, who can be fanatical, and their detractors, who are equally fanatical and have popular opinion behind them. We were fortunate enough to find someone else who walks the same narrow line in Jared Taylor at American Renaissance.

American Renaissance is most accurately described as a paleoconservative organization which is highly critical of enforced diversity and third-world immigration. They may have more to say than that, but they rarely get the chance — their recent conference was canceled because of the actions of a local mayor, a few angry leftist groups, and a hotel chain desperate to avoid controversy.

Jared Taylor, who leads American Renaissance, was kind enough to give us his time and energy to answer this short but insightful interview. Whatever your political stripe, you will benefit from hearing someone speak honestly and plainly about this issue that otherwise is mired in deception, euphemism, avoidance and dissimulation.

I don’t like the term â€œwhite nationalism.â€ It makes people think of Basque nationalism or Kurdish nationalism, with their menace of potential violence. There is no good word to describe my views on race because they were so taken for granted until 50 years ago that no word was needed for them.

I will draw you a parallel: Imagine that we lived in a society that had decided to promote communal rearing of children and had declared that it was a vicious form of prejudice for parents to care more for their own children than for other children in the community. Let us imagine that traditional parents were derided as â€œfamilists,â€ which had become a harshly derogatory term. There would be no good word for â€œfamilistsâ€ because their views were so traditional, so taken for granted, that the language never needed a word for them.

Those with traditional views on race are in the same predicament as â€œfamilists.â€

The traditional view of race was this: Americans believed race was a fundamental aspect of individual and group identity. They believed people of different races differed in temperament, ability, and the kind of societies they built. They wanted America to be peopled by Europeans, and thought only people of European stock could maintain the civilization they valued. They therefore considered immigration of non-whites a threat to whites and to their civilization.

Practically all Americans shared these views, which I believe are entirely sound. I would have seen eye to eye on race with Teddy Roosevelt, Abraham Lincoln, and Dwight Eisenhower.

To answer your question, however, mainstream conservatives have been browbeaten on race just as much as liberals and have been well trained to think that race is not a legitimate criterion for policy-making or any kind of personal decision.

Your group recently had its biannual conference canceled after
leftist groups and a local governor acted to convince the hotel chain to disallow the meeting on its property. A few days later, the same hotel chain allowed a Minneapolis group to meet to discuss “ending white privilege.” Why do you think this double standard exists, and why did your cancellation get less national press than a similar cancellation for, say, the Nation of Islam?

Which do you think is more popular, conservatism or liberalism? Is popularity important, or is there some other metric we should use for picking our political direction?

Liberalism is more popular and it is easy to see why. Liberals think they are compassionate and morally superior to conservatives. They think human beings can be perfected by government, and this is, for them, a comforting thought. It is a strange form of compassion, however, to force citizens, though taxes, to support those whom taxpayers might not, themselves, wish to support.

At the same time, the entire sweep of American history is â€œliberal:â€ government intervention into increasing areas of our lives, expansion of the franchise, the rise of homosexual rights and women’s liberation, promiscuity rather than monogamy, rehab for criminals rather than punishment, urban rather than rural life, individual indulgence over responsibility to the community, etc. Liberals therefore think of themselves as the standard bearers of history, and in many respects they are. The attempt to pretend race does not matter is part of this great liberal refashioning of the modern world.

However, â€œpopularityâ€ is the worst reason for choosing a political affiliation. Our politics should reflect what is both moral and in conformity with human nature. Much of liberal politics is based on agreeable fantasy, and most people prefer agreeable fantasy to disagreeable fact.

Do you think whites concerned with having more political
representation should form a separate pro-white movement, or work within mainstream conservatism? How do they overcome the unpopularity of their views, and the popularity of the apathetic worldview many voters seem to hold?

I think racially conscious whites should make their views known in every manner. They should have their own groups but also work within other groups. They should run for office. They should start small, running for city council, school board, etc. Eventually they could be elected to state house and Congress. The best way to make an unpopular (but true) opinion more popular is to repeat it as often and to as many audiences as possible.

Does the cancellation of your conference suggest to you that leftist views are gaining in power, or waning and this is one of their last attempts to assert the old order of political correctness and the
politics of pity?

Leftist views are waning. Just look at the comments to the electronic editions of daily newspapers. They often sound as though they were written by readers of my publication, American Renaissance. The liberal view is a misreading of human nature, and you can push society in unnatural directions only so far. As the Horace noted in the Epistles, you can drive out nature with a pitchfork, but she will always return.

Have you read Samuel Huntington’s “The Clash of Civilizations and the Remaking of World Order”? If so, what did you think of its thesis as an interpretation of what American Renaissance is doing?

I am sorry to admit I have not. I should. In general, however, clashes of civilizations are proxies for clashes of races. For the most part, only the biological heirs of the people who established a civilization will carry it forward in a meaningful way. Can you imagine moving to Cambodia, assimilating perfectly, and contributing to the unfolding of Cambodian civilization? And yet people from Cambodia, Sudan, Haiti or Iraq are expected to come to the West and assimilate perfectly.

I suspect that Huntington knew that race was at the heart of what he was describing but knew that his book could not be published if it broke that race taboo.

Thank you, Mr. Taylor, for such an honest and engaging interview. Interested parties can read more at American Renaissance’s web site.