Instead Of Accusing Leftists Of Racism, Point Out Their Agenda: Vampiric Parasitism 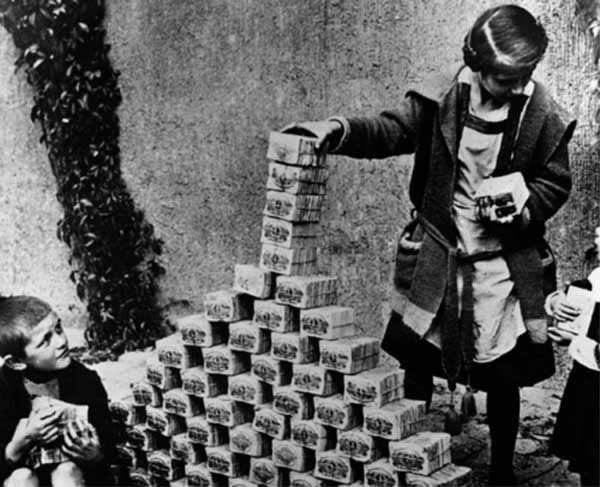 Every now and then, the Left accidentally tell you exactly what they are thinking and what their motives are. Although the University of Pennsylvania has not actually fired her, Stephanie McKellop got in some hot water for speaking the pure Leftist reality-doctrine: 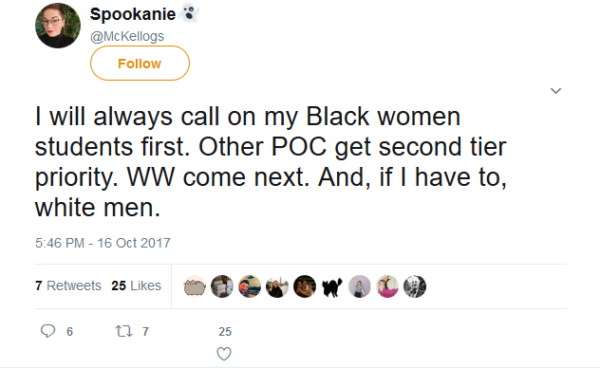 In the Leftist view, equality is the goal, and so anyone who is doing better than mediocre needs to have their wealth and power transferred to those below the mediocre line. That way, everyone will be the same, and each person’s ego will be satisfied that no one has gotten ahead of them.

Through that lens, it is acceptable to — as McKellop argues — discriminate against whites. But, from a conservative perspective, no one is discriminating; they are self-sorting. Conservatives do not concern themselves with racism, classism, sexism, homophoia and other Left-terms at all because we know that people sort themselves out by flocking like to like, and so every group will exclude someone else.

This is why DR3 is a loser strategy for conservatives; any conservative who uses the term “racism” to express a concern for forcing everyone to like one another is in fact a cordycepted crypto-Leftist (including neoconservatives, lolberts, classical liberals, RINOs, cucks, SWPLs and Buckley conservatives).

To McKellop, non-whites can never be racist because whites are above-mediocre, therefore should perpetually be punished by taking the fruits of their labors to redistribute. In her mind, this can and should go on indefinitely. That shows us her real motivation: while she speaks about ending racism, what she really wants is to keep the benefits chain going.

An honest person concerned about, say, African-American issues will argue for African independence. Same with an honest feminist, homosexual, transgender, other minority group or minority religion. Instead they want to maintain the wealth transfer, which means they must simultaneously try to subjugate us and demand funding from us.

Even if they simply wanted to conquer us and wipe us out, that would be more honest. After all, every ethnic group has its own self-interest, and that includes displacing any possible competition. But for SWPL Leftists like Stephanie McKellop, they want something else entirely: vampiric parasitism. They want to make us into livestock for them to milk and fleece forevermore. 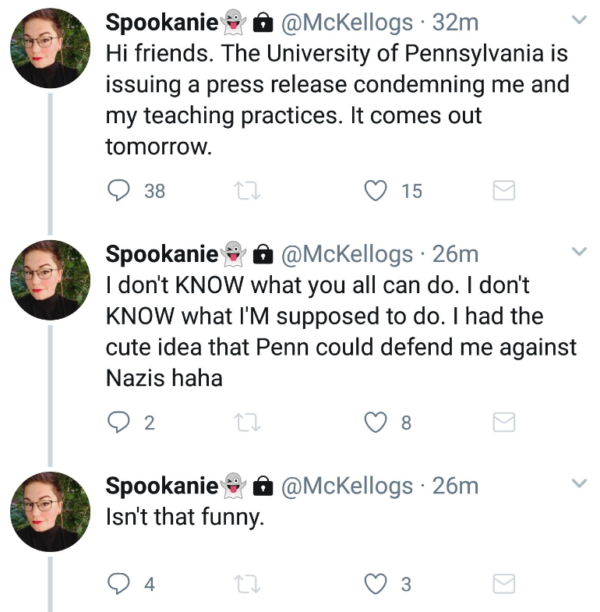 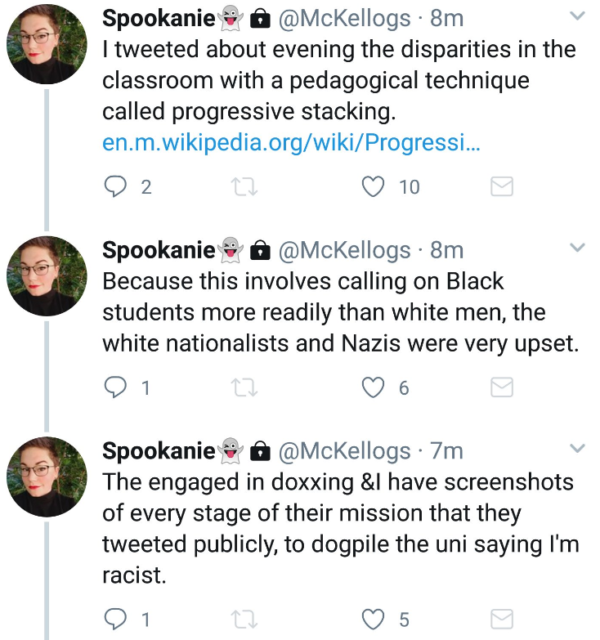 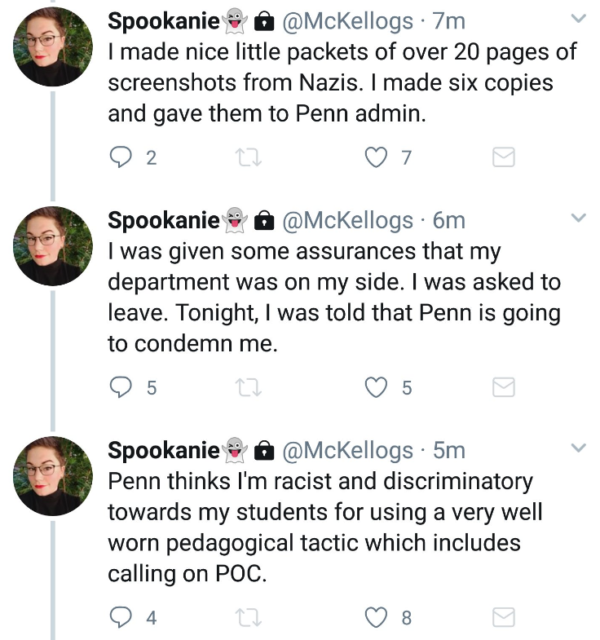 Many people disagree with the assessment that the core of Leftism is individualism, but demands for parasitism always are individualistic, favoring the needs of the individual over the group, nature and society as an organic whole. However, this individualism only makes sense to people who secretly suspect that they are weak, since anyone strong simply goes out and makes something better for themselves.

This means that the agenda of Leftism has been to leech off of us all along. They are merely parasites. All of their high-minded talk about morality and justice is just the cover story for a bunch of common grifters who want to find a sucker, get their hooks into him good, and drain just enough of his lifeblood every day that he will never wake up and be a threat to them again.

Entering The Age Of White Civil Rights, The New Counterculture Has To Decide If The Medium Is The Message | Podcast #21: Why Writers Should Learn a Foreign Language