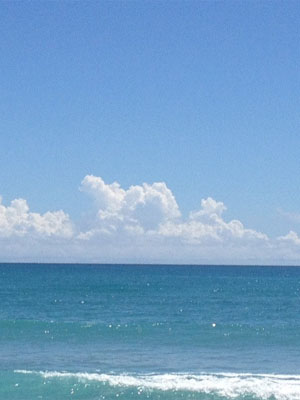 “Some men just want to see the world burn,” a popular movie tells us. What Hollywood thought was an impressive character insight can only be in Hollyworld acted out by dramatists.

In real life, it’s more common than we think. In fact, most people in this society are possessed with a desire to see the whole thing go up in flames.

Whether communist or capitalist, the nature of modern society as being egalitarian (not materialist, as many would allege, although that flows naturally from being egalitarian) shapes people to be competitive and, by the conditions of their victory, destructive.

Our previous models of bad behavior in society have focused on external causes (poverty) or social causes (marginalization) and have assumed that a relatively small and dedicated group commit the antisocial acts in our society.

While there’s truth to that, and in fact it’s probably a relatively small group that do, there’s also a huge population of opportunists who do things that are not illegal, but are most likely immoral. That is, they ruin good things, spread discontent, sabotage others and destroy the self-esteem of any they encounter.

The worst part is that they enjoy it. Are these people sociopaths or psychopaths? No, they’re normal and rational. They’ve understood a few things about modern society: first, since everyone is equal, we are all replaceable and must compete constantly to be relevant at all — or we get dragged beneath the wheel. Second, since society itself is essentially oppositional to us, we only win when it loses. Finally, since we are obligated to go through this demeaning process, the only true victory is for us not only to not care about the outcome, but to take our revenge on others for endorsing the system that forces us through this.

Just sit with that awhile, and compare it to the people you’ve known, and all the normal people you’ve witnessed doing spiteful, petty, mean, vengeful and vindictive things.

The hidden fact here is that our society is so maddeningly hell-bent on forcing us into its activities, and forcing us to compete not on our abilities but on our time and participation, that we hate it. We don’t have an outlet for that hatred. So we take it out on the things around us.

You can see this most clearly in politics. Many people want the world to burn. They want our society to fail, to be destroyed, and then as if by magic something better arises, and there’s a logical gap here where they assume it will turn out to be the type of society they desire. There is usually evidence to the contrary.

All liberals are motivated by this kind of hatred. Liberalism is another word for anti-majoritarianism, or the philosophy of opposing whatever already works for most people. It’s a way of making excuses for their own lack of performance, and it has some legitimacy in its genesis since our society is moribund and annoying. Where it lacks legitimacy is in its methods, which are inevitably calculated to sound good while wrecking everything the majority enjoys.

Liberals are usually debunked with a single realization: the people they see who are living “the good life” started down that path not because they enjoy it, but to avoid being dragged down by the dysfunction of the rest. Few people actually love money, but everyone loves independence from the herd, and the only way to get it is to get rich. Filthy rich.

It’s arguable that the first generation to really suffer the post-war corporate-regulatory employment which is now the norm, the Baby Boomers, were the most destructive generation ever. The policies they favor systematically destroy productive communities and replace them with “well-intentioned” liberal wastelands. The Baby Boomers, forever a “Me generation,” decided to take everything for themselves, and scorch and salt the earth so no one else could possibly have the same experience they did. It’s not that they worked harder; they worked meaner.

When you look at your political options, you will find a lot of people preaching to you that the world must burn. They have no positive ideas; they know what they hate, and they want to destroy everything they can so that they can make their ideal world. But even they don’t believe that. The core of their motivation is emotional, and it is vengefulness.

Injustice breeds like bacteria. You can’t un-do it by destroying everything, because you end up killing off the functional and then letting the bacteria take over. You can only systematically remove the bad, and uplift the good, and fix society from the inside out. This is not as emotionally satisfying as cheering on the destruction.

And then you create a new generation with an injury from injustice, and they’ll pass on the virus as well. They will know only their pain, and only their desire to destroy, and so every generation humanity will shave a little bit more off of its potential and replace it with a darkened hatred and pointless bitterness.