I’d rather have wings 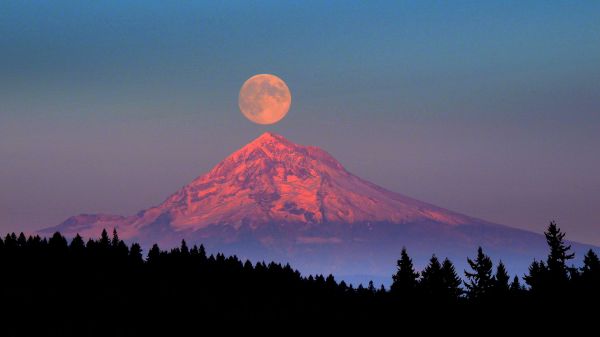 How lack of a goal creates circular conflict

If you lack an outward goal in life, or something for which you can always be reaching like an athlete who always wants to better her previous performance, you have nowhere to turn but inward. This creates a strange duality where you act for yourself inwardly, but because you have nothing that really makes you feel good, you can act only on the material world, which means you must get into the business of politics, or convincing others that you deserve things.

This psychological act in itself — going from reaching for something, to defending what you believe you should have — shapes your consciousness entirely as it distributes itself through your daily acts and long term goals. Your duality further divides itself because you must act for yourself, but convince others you are acting for the common good. A mob, after all, is formed by people who have nothing in common but that they want power against a common adversary.

When mobs form in underdeveloped countries to kill witch doctors, they’re removing the inventors and creative leaders. When we do the same in developed countries, we don’t call them witch doctors, but we are removing useful heretics nonetheless. The end result is that we murder our best hopes because of our greatest fears, which we cannot control.

As more than one wise thinker pointed out, there is an alternative in cooperation: instead of trying to control each other, we could work together. But that simple statement conceals a network of complex decisions. To cooperate, we have to agree on a plan; already divisions occur. We have to agree on some kind of power structure; we have to agree who we will and will not support, and so on.

Our species struggles with this issue daily, although we like to hit it indirectly through issues and political alignments that often have nothing to do with anything important. What does remain consistent is that we’re caught in a cycle where we rebel against control elements, create chaos, and then try to implement control elements to keep that chaos in check — but in doing so, we become the dictator and police force, and others rebel against us.

It’s like a group of monkeys fighting over a trinket. Whoever has the trinket is now the motherfucker; let’s kill the motherfucker, urges a smart young monkey, because he knows everyone is looking for an easy answer and an outlet for their frustration. So all the monkeys surge against the guy with the trinket, slaughter him, and then are standing around blankly until someone says, “Look! That monkey got the trinket, and he’s using it to oppress us! Kill him!”

This cycle is as common a universal event as any. Matter and antimatter. Ice and fire. Water and sand. If you introduce opposites, you fragment whatever is there, and set off a chain reaction where it keeps dividing itself until nothing is left. In the process — like a fission reaction — you release the energy stored in the links that kept it together.

Similarly, in societies, each time we have a revolution we release more of the wealth stored up by the previous regime, but at the expense of the infrastructure which could build that wealth again. So each time we win, we lose a little more, and we make the competition more intense for what is left. This pattern is how nature eliminates things which cannot get their act together enough to adapt to reality and survive, and we see it everywhere from revolutions in ghettos to bands breaking up to religious conflict dividing nations.

All of this conceals the fact that once you start thinking in the negative, or saying “I don’t want that” pointing to something without knowing what you do want instead, your only option is to destroy. To deconstruct. To liberalize. To liberate to untold billions of tiny conflicts which will finish destruction. Liberals use negative logic in reaction to the past, while conservatives want to hold on to the past. Instead, why not just agree upon what we desire and work toward it with proven methods?

The one thing you do not find in any political discourse is a question of what our direction should be. In order to avoid being exposed to critique and ritual, people act as if a consensus does agree and they are making slight modifications to it, even if they are dividing it into conflict. But the dialogue we most need, which is that of what we really want out of life, cannot be had — and if we approach it, it is only on an individual and not societal level.

This reveals the sticky truth of individuals, which is that they fear consensus if they do not understand it, because they assume it will be used against them. This starts a cycle where they fear, so destroy, and then the causes of their fear increase. Think about it this way: every Revolution has been followed by a period of retribution against elites, and in all cases it has weakened the nation.

In America, for example, the post-Revolutionary War years brought retribution against loyalists to the British king. They were driven out of their homes and their property confiscated, making many people wealthier than before. But society also lost some of its integral members, and by the time the war of 1812 came around, was so divided by internal conflict that it could barely fend off Canada.

Similarly, the French Revolution brought retribution against the hated Royals, but then, the retribution became a tactic in use among revolutionaries themselves. If you wanted someone gone, you claimed he was against the revolutionary dogma — a cheap monkey parlor trick — and he went off to the guillotine. France has spent its time since then losing wars and existing in pleasantly dysfunctional culinary fame, having brought the dishes of the peasants, as cooked by the elites, to the world.

We can trace this heritage of opposition to our use of linear logic. In linear logic, you look at a situation with multiple factors and pick one you want to compare in “before” and “after” states, then do something to the whole situation, and throw out all data but that which pertains to that one factor. Linear logic, or “negative logic” because it relies on removing data, creates a sense of division and deconstruction as power in a scientific sense; when restrained by a positive goal, negative logic remains a tool of material results, but when no goal exists, it supplants other forms of reasoning and the means become the ends, the tail wags the dog, we serve our tools and we reverse our thought process.

I’d prefer, and the use of the word “prefer” means I do not believe there’s any degree to which I can “prove” this, since I’m combining many factors at once instead of comparing two instances of a single factor, to have wings. I want a society which strives toward goals so vague that it cannot ever fully achieve them, but can get one step closer every generation and feel fully satisfied in that. I want a civilization that is always growing in quality and not quantity. I want a civilization that explores the stars just because it’s cool, one that views justification as backward logic and laughs at it, a society that is driven relentlessly toward better art, logic, philosophy, architecture and martial power.

Humans love to believe the negative. We like to think everyone is shallow, everyone is afraid, everyone is mediocre, and in short, that no one will rise above the crowd, so that we can exist without challenging each other or looking stupid in the social judgments of others. When we fear, we try to stop the world from turning, to stop evolution, and to stop any one person from growing and rising above. Until we fix this state, none will rise above, because it’s suicide.

We were once monkeys, and monkeys destroy their best hopes because they fear losing what is stable, tangible — under control. We can leave behind our monkey state, don wings and explore this playground universe, or we can drag ourselves back into negativity and fight each other tooth and nail until we have destroyed everything and doomed ourselves, fulfilling our negative outlook with a reality no one intelligent would want to survive — returning us, through evolutionary regression, to fully being monkeys.