How do we replace our over-ripened universities?

by Jonathan Peter Wilkinson on November 19, 2015 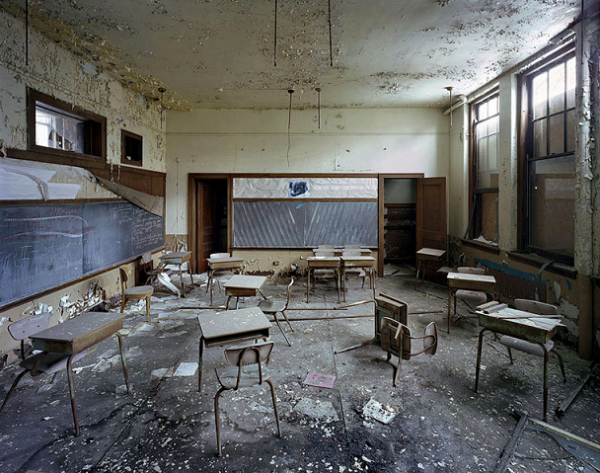 Having watched twin travesties unfold at both Missouri University and Yale, is there any remaining doubt that the current institution of higher education in the United States is utterly dysfunctional? Perhaps there is. For one thing, I havenâ€™t defined the function set Iâ€™m claiming to have gone unfulfilled. Another, more damning critique of my critique would be the fair and logical question of with what do you replace this institution?

So letâ€™s take a whack at what function a university serves. Curtis Yarvin makes a cynical suggestion that Universities are a social control institution that determines what everyone will think. He describes this epistemological osmosis below.

…in post-1945 America, the source of all new ideas is the university. Ideas check out of the university, but they hardly ever check in. Thence, they flow outward to the other arms of the educational system as a whole: the mainstream media and the public schools. Eventually they become our old friend, “public opinion.”

But there is more to it than just that. 99% of the people who set foot on the average campus will not get anywhere close to developing an original intellectual idea. You could be forgiven if you were to believe that sort of thing was subtly controlled against. No, not just forgiven. You should be patted on the back.

This is because the Modern University is a high-pass filter selecting for conformity. You canâ€™t legally test job applicants for IQ or even easily define what social habits they should carry around in their personal and professional knapsacks. However we officially condemn all sorts of segregation; we all want markers so that we can effectively ostracize defectives and outcastes. So what do?

You turn perspective respectable members of society loose and you measure their survivability, maintainability and suitability in a realistic facsimile environment. Based on how they do their over four years, we can then make a fairly educated guess as to whether an aspiring caste member is acceptable. College is a four to six year corporate and government cattle call. Towards the end of year four, the soon-to-be-graduates then send out their resumes and display themselves the way livestock is put on parade at the Fort Worth Stock Show.

And finally, we have the unspoken and deliberately ignored mission we would hope our university system would undertake. We should hope our educational system would promote and champion a serviceable pattern of folkways for a nation similar to what David Hackworth Fisher describes in Albionâ€™s Seed.

So does the Modern University inculcate new and brilliant ideas, select acceptable and mature individuals to govern and work important jobs while also inculcating a future generation of leaders with the timeless folkways that have lead a nation to greatness?

Ok, ok…Iâ€™ll pass the spliff left before I boot and disgrace myself. Clown question bro. I wouldnâ€™t put that idiotic student yelling at the Yale professor in charge of in charge of organizing a circle-jerk if you proved to me she could comprehend Euclidean Geometry. The journalism and communications professor at Missouri who demanded some muscle to help her censor the press is not what Iâ€™d describe as a high-pass filter. Folkways? Thatâ€™s a bit like asking Coach Jim Mora whether or not his team should go to the playoffs.

The Modern American University has truly established its very own benchmark of intense, ineluctable hyper-suck. It needs to be replaced, but how?

Corporations and government can most easily acquire their talent without the university system. Many of the tech leaders in Silicon Valley are already hiring without demanding college degrees. They often screen potential employees with â€œvocational aptitude testsâ€ that I could of sworn were ruled illegal in the landmark Grigg v. Duke Power court decision. The US Department of Defense operates several teaching facilities for both military and civilian employees. They were legally required under the DAWIA to incorporate the Defense Acquisition University. Those that the largest corporations and government cannot train could seek out apprenticeships and a meaningful existence working in the skilled trades. A revived guild system of sorts would do wonders for our nationâ€™s currently stagnant economy.

Folkways can be inculcated now by any number of organizations that cater to individuals whose families choose to enroll them. Boy Scout Troops, Bible Study Classes and Little League sports teams can all provide fill for the vacuum that exists in our educational system. If parents are proactive, they can send their offspring out into the world at age 18 with a strong grounding and appreciation for an organic culture. The challenge then becomes having that positive acculturation survive the idiocy spew they encounter on the modern campus.

As for the ideation: There the University may well be irreplaceable and irrevocably lost. Legitimate scholarship has been replaced by scientific fads, and ideological sell-outs like the Missouri Journalism Teacher that recently demanded censorship. War is Peace, Ignorance is Strength and at many of our best universities, PC-Sanctioned Idiocy is now Intelligence. SETI would not register a positive if it accidentally aimed its telescopic ear at Yale University.

Maybe the ultimate substitute for all that the university is now failing to even attempt to provide is something we each have to do at the individual level. Just figure out who we are by examining our own lives and working towards doing what has always traditionally worked. Or perhaps Lynyrd Skynyrd put it better than a room full of stuffed-shirt Nobel Laureates.