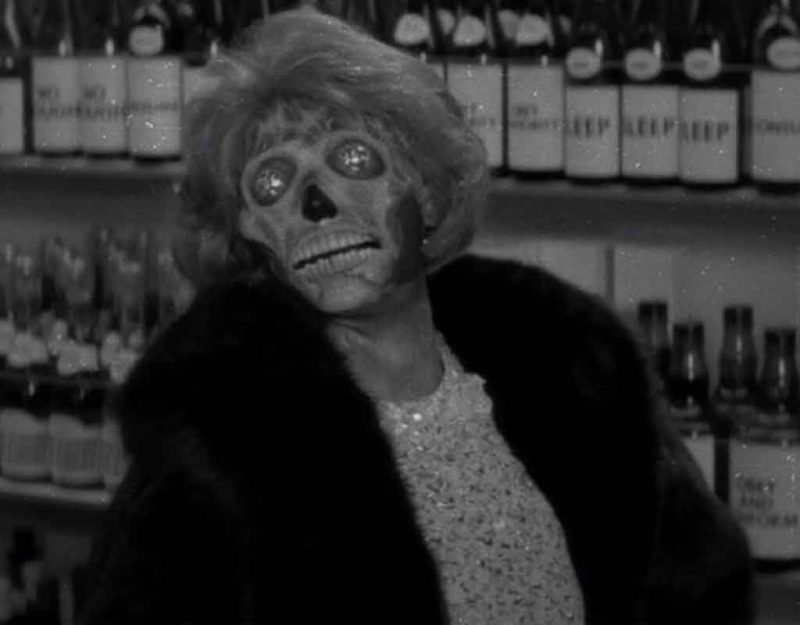 People find themselves wondering how things could have gone to raw insanity so quickly.

Despite the COVID-19 virus mutating as our knowledge of viruses suggests that they tend to do, toward more transmissible and less deadly, the world finds itself entering a new phase of lockdowns with the threat that “the unvaccinated” will be excluded from daily life and all high-paying jobs.

It seems as if our leaders, from top to bottom, have used this pandemic as an excuse to (a) force mass panic and remote voting in order to “win” elections, and (b) force compliance upon us.

They do not care that the narrative does not make sense; they want it to be nonsensical for the same reason that spammers misspell a word or two in their spams: it filters out anyone but the clueless.

They want to rule us with the votes of the clueless, which is what democracy always does. When we accept the illogical, we give up our own agency, and submit to them, and then they have power forever.

All incompetent humans dream of this. They want to be tyrants, or those who rule to perpetuate their own power, while sane people will only touch power as a means to an end. Their real power is creativity and a drive toward excellence (arete).

As the clueless make life more adapted to being clueless, they alienate the sane, who die childless, self-destruct, or flee.

In this way, human civilizations go from great empires that are pinnacles of learning, faith, wisdom, science, organization, and technology to the standard third world pattern that we see everywhere: subsistence farmers, ruled by tyrants and warlords, where every institution is corrupt, all people are amoral opportunists, and all religion is superstition.

These low-IQ societies are remnants of once-great societies, and they die through control by the workers and the decisions these workers make, which inevitably involve both diversity and “free stuff,” which the Right calls socialism mostly correctly.

Our civilization has been dying since The Enlightenment™ because it has shifted from aristocracy, or rule by our best, to rule by consensus, whether through democracy, consumerism, or peer pressure.

Ahead of the curve, some years ago I wrote Crowdism, an analysis of how human groups converge on a lowest common denominator and then use social pressure to enforce it on the rest, making the group opposed to reality because it conflicts with the hope on which they have bet their futures.

The point of this COVID-19 pandemic is that we have entered the final stage of collapse. The system does not work; its people are not reproducing, it is out of money, its infrastructure has rotted, and the rule of law is no longer in the hands of the competent, honest, and realistic.

Our so-called leaders have made a Hail Mary pass, as humans of their nature tend to do, by gambling that they can seize total control and therefore stop the noticing of the ongoing failure.

In doing so, they revealed the rot at every level of this system, which parallels the decline in mental health across the board. We are seeing a mass mental health disorder of panic and self-importance, looking a lot like Histrionic Personality Disorder:

This looks a lot like narcissism, or belief in the self as the only object of worship, which in turn seems like a variety of solipsism, or confusing the fact that we are the perceiver of the world with the world being composed of us or existing solely for us.

Those in turn overlap with fatalism, or a belief that the world is bad and will therefore never change to be good, and selfishness, or the belief that the only good that comes about is helping ourselves only.

Equality induces disorders like these by telling us that since all people are equal, if we are failing, it is solely because a bad world has allowed a privileged group to take the good from us.

Our systems since the Enlightenment™ have been based on the idea of the self, rather than natural order or tradition, as our focus, and now centuries later, we see how this plays out.

COVID-19 just pulled the cover from over our eyes, showing us what had been going on all along, and how incompetent our leaders and fellow citizens are at dealing with it.

This means one big thing: regime change is inevitable. At this point, it cannot be stopped, but we are most likely to choose a new way too much like the old new world order because it — equality, democracy, entitlements, promiscuity — is all that we know.

We have a big chance here to do something better, but we have to beat the mass thinking and herd behavior mentality first or we will simply replicate it.

Until then, we find ourselves trapped in a bubble, which like all historical bubbles exists between the time a new idea is adopted and everyone benefits from the sense of purpose it instills, to the time when its failures become evident and it is rejected as a solution.

History has shown us other bubbles. Tulip mania takes the form of a classic mass trend, or a desire to seize the day in order to avoid missing out:

As cultivation techniques improved, more people began collecting and speculating on tulip bulbs. Eventually, even stock traders joined the game, pushing the average price of a single flower to the point where it exceeded the annual income of a skilled worker and cost more than some houses at the time. Eventually, prices peaked, and then drastically collapsed over the course of a week, causing many tulip hoarders to lose their fortunes.

Trends form bubbles in that, for a time, interest gains a frenzied quality beyond all reason and people can profit simply by participating. Those who get in early make out big, and if they are smart, get out early enough to transfer their wealth to some other commodity. Everyone else gets demolished.

The dancing plague on the other hand was a form of mass fear or slow-burn panic:

In Europe of the 16th century, dancing mania was not a new disease. It had been in existence since the seventh century, occurring in phases with long gaps in between. It is said to have reached its peak in the 15th and 16th centuries though, infecting thousands of people, and killing several as well.

In modern medical terms, the dancing mania of medieval Europe was a psychogenic disease – a kind of illness in which a physical abnormality occurred due to psychological factors.

In other words, a psychological compulsion manifested in what looked like physical symptoms. When panic hits, people can will themselves into self-destruction or at least deranged activity because they are reacting negatively to reality, therefore denying it, which always leads to self-destruction.

Currently, much of the world is self-destructing out of misery, terror, alienation, loneliness, and emptiness.

Equality after all is based on the idea that people are equal, and therefore that what matters is not who they are, but their degree of equality, as measured in power, wealth, and status.

This creates people who have replaced any goals they might have with the primary goal of being equal. That in turn makes people who mindlessly seek power, but have no idea what they would do with that power.

The psychology of our leaders, mask Karens, and voters comes from the same root, which is this desire for power in order to achieve equality and not get dragged down by the default state of egalitarian societies, which is everyone equally poor, unknown, and miserable.

Like all things modern, this originates in a desire to manipulate our external world in order to make our inner selves feel better. That misses the point that the only way to feel better inside is to organize ourselves, and aim for “the good”: not just the minimum, but something that increases the pleasure and intensity of human existence.

When we adopt ideas like “equality” and “liberty,” we orient ourselves to an anti-goal. Instead of having a goal, we have made a method into our goal, and are trying to make a “means” into an “end” for the purpose of perpetuating the means.

This mental loop creates a bubble where we live in oblivion for centuries as things get worse year after year. To survive, people rationalize, or invent explanations for why this is good even when it obviously is not.

The West did best when it aimed at organizing its inner selves — minds, souls, habits, desires — and consequently aiming for the good (excellence: arete). That made us move upward.

This made a lot of people mad because not everyone can have much glory in this situation. Society can either prize its strongest or its weakest, and with The Enlightenment™ we shifted from desiring the strong to wanting everyone to be equally able to self-express, which benefited the weak because it took from them the duty and burden of contributing, something they shirked to self-express somewhere.

We have lived our entire lives in this state of insanity, always trying to explain to ourselves how it could be good even though it obviously is doomed, and it has broken our minds and made us unaware of the existence outside of our little humanist bubble, its social scene, and the resulting peer pressure.

With COVID-19, all of this has showed us what it is at the end of the day, which is a giant sham designed to allow those who seek power without purpose to rule us and get away with their little scams, perversities, and omissions.

In the meantime, it has weaponized the voters from mostly apathetic demoralized slobs who pick the best option from what is offered to an angry group which is going to demand certain things.

When those come about, the true extent of the debt, dysfunction, and parasitism in America will be revealed, and not only will the government fall, but with it so will sad illusions like democracy, equality, socialism, and diversity.