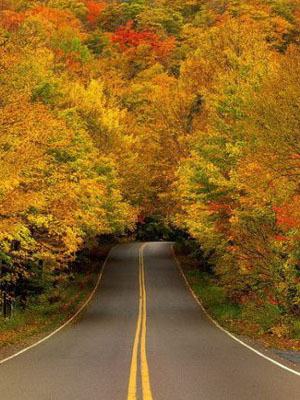 The panic is thick in the air. Even our least perceptive citizens are realizing that something is vastly wrong in the West. The more perceptive ones have noticed that it’s a terminal disease, starting in way we approach life itself.

One comment response by your average person is, “Well, what do I do about this?” They like to emphasize the difference between theory and action. However, one must come before the other, or action is discoordinated flailing.

Worse, there will be many who see in the call to action a chance for power, and they will very carefully re-direct that energy from an effective use to a use that serves their own purposes. Whether that’s another agenda, or self-aggrandizement, probably doesn’t matter.

The answers these people seek will not comfort them. In a modern time, we are accustomed to the notion of group action. Either “we” all get together as a private institution, as a government action, or as a Revolution, and then “we” apply some uniform fix that like a factor mold stamps unruly chaos into orderly, uniform and equal products.

That’s a disaster for any approach except deconstruction. It’s part of the decay itself.

What we seek, if we’re thinking clearly, is first to think clearly. Mental clarity is a rare thing; most people right now have zero mental clarity and live through the symbols defined by others because it’s convenient. They don’t plan, or act; they re-act. As a result, they repeat the same old patterns without noticing or even intending to.

Thus our first stage is to achieve mental clarity. Calm the mind, stop choosing our options based on what’s available that other people are excited about, and start making choices. The more people who do this, the more a wave of sanity sweeps the nation, and the less people blindly accept whatever the hive and televisions are chattering away about this week.

Then our next stage is a restoration of values. Right now we have no values because our old values systems got saturated with people using them for their own aims. Individualism tears apart anything intended for all; it’s the tragedy of the commons.

Finally, once we’ve got those decided, we need to set up a common identifier for this new way of life and choose leaders. The point will be to show it to others as an option, or a choice, and to have enough of them elect to do it that it either takes over or breaks away.

What’s working against us here is that most people are completely crazy. They hear crazy on television, and crazy from their friends, to the point that they can’t even identify actual issues. They are oblivious to consequences of actions. They think purely in terms of what is socially popular, and they demand that, even if the mechanics behind it create worse results.

At this point, politics itself is a poisoned well and thus any movement for change will have to be cultural in nature. It will originate from outside the pre-fabricated options that are convenient for the power structure. When it rises in power, it will take over, and its first goal will be to disenfranchise the crazy, delusional and morally lazy.

None of that is very popular. It’s not as easy as “support Party B, and all will be OK.” Paradoxically, it does include some of supporting Party B. To gain consensus, you need to reach out to others who are thinking along similar lines; we call these conservatives.

It’s easy to lament the failings of a party or group and to then call them fake, declare yourself true and break away. But that’s doing the work of your enemies by fragmenting your own group instead of building consensus.

What lies ahead of us is not as easy as a choice on a form. It is a personal discipline, for mental clarity and values, and then the steady process of spreading those through hard work and bringing enough people to clarity to make a difference. History shows us this number is about 2-5%.

When that group is united on a goal, they can then agitate enough for it that ordinary people see it as an option, and all other options will either compete on the basis of what it offers or lose members. This is how social, cultural, political and even economic chane happens.

You may have hoped for a nice tidy answer about joining a new party, overthrowing what exists and starting with a blank slate. That’s emotional logic, not logic. We need instead to remake ourselves from the inside-out, and that’s a more painstaking process, but unlike the other method, it won’t result in us repeating the same mistakes again like the last dozen generations have.

Linkpost 11-10-13 | BOBOS in Paradise: The New Upper Class and How They Got There, by David Brooks