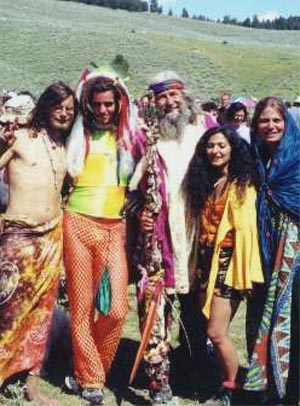 Politics in an egalitarian state will make you slightly schizoid by its very nature. Since everyone is equal, your public statements must be of the lowest common denominator in complexity, and also must be socially acceptable.

That means that criticisms must be veiled, oversimplification is the norm, and you must state everything as an us-versus-them, my-plan-versus-their plan adversarial outlook that will curry people to your in-group by making people they dislike or fear appear to be an out-group.

Thus, from the best of intentions (equality, fraternity, liberty) we get a fundamental dishonesty, which I call “social politics” or deciding political decisions on the utilitarian basis of what a majority think sounds good or at least offends your social group less. Social politics replaces strategic politics, or making decisions based on their outcomes.

Utilitarianism is opposed to consequentialism, in practice, even though the definition says otherwise. In theory, utilitarianism does what is best for most people; in practice, it ends up being the practice of doing for most people what they think is what they need. It’s very easy to lose sight of cause/effect reasoning and replace it with cause/social-effect reasoning.

As we gear up for the immediate future of American politics, we will see an increase in this division between what you can say in public and what you know in private. Much of this will involve the Baby Boomers, our largest generation in recent history and those who are now hitting retirement age. This presents a problem because throughout their history, Baby Boomers have left schizoid reasoning in their wake.

The parents of the Baby Boomers fought in WWII and came home to a booming economy where both men and women had more money than before. More significantly, they were encouraged toward individualism in response to the perceive mechanistic workings of fascism and later, Communism. This produced people who were uncommonly self-focused, relative to the past. Unlike previous generations, they also tended more toward atheism and lack of belief in an ethnoculture, which meant that to them, life was not fitting into an order but a personal transaction where their goal was to achieve as much for themselves as possible.

The effect on their children was twofold. First, the children rightfully perceived that their parents viewed them as a lifestyle attachment more than as independent life forms, and as such as a form of “competition” for the time they’d rather spend on themselves; second, the succeeding generation adopted the attitude of their parents and turned it up a notch. Where parents in the 1940s saw their children as something to maintain like a motorcar or yacht, the children of the 1960s adopted an even more insidious view: all decisions are equally valid, everything’s just a choice, and if it didn’t work out for you, that’s a bummer. They later projected this onto their children, in effect sabotaging them much as their own parents had, by treating them as competition for the parents’ time, undermined their own sense of self-esteem.

Baby Boomers coming of age keenly resented this parental projection and knew that it would be difficult for the Baby Boomer generation to invent a “greatest sacrifice” like WWII. However, Baby Boomers were also the first generation to grow up under social politics in America; new wealth and new bureaucracy meant that results weren’t as important as convincing others of your need, as exemplified by the salesman-intensive culture of the 1950s and 1960s. Growing up in this social political culture, Baby Boomers turned their focus toward domestic issues and made the quest for total equality — an amplification of WWII and Cold War propaganda, as well as liberalism itself — their calling card.

Total equality “sounds good” but like all utilitarianism, makes a social system beholden to its weakest decision points. As a result, it’s more of an excuse than a goal; more of marketing than philosophy. And so it was with the Baby Boomers: free love got them all the sex they wanted, a pose of educated Bohemianism got them all the hedonism they could absorb, and championing the rights of the downtrodden achieved a moral and social superiority over their parents. 1940s parents at this point started to realize that viewing their kids as competition for their time has been a bad gambit.

But nothing would stop the Baby Boomers at that point. They eliminated a sense of direction to American society, except for the aforementioned political crusade for absolute equality. Unlike previous generations, who were skeptical of promises and snake oil, they used the same terms that advertising used and applied them to politics: “Everyone likes it! No one is excluded! Join the fun!”

They sailed on, mixing public politeness and private truths for their own benefit. This failing of utilitarianism became in the hands of America’s most cynical generation a simple excuse for demanding what they wanted: hey, I extend equality to everyone. Mind sharing some this way? I’m the good guy. Who are you, in comparison? If you want to know when American society adopted a pose of moral snark, it was at this juncture.

Social politics inherently falls to this confusion between public statements (marketing, politeness, socialization) and private truths (cause/effect reasoning, values, preferences). Baby Boomers inherently knew how to muddle the two for everyone but themselves, and then keep acting in dogmatic self-interest, all while claiming the opposite. Like their parents, they used this attitude to undermine and control their children, but they also used it on coworkers and others. Look at the Clinton presidency: whenever the going got tough, he didn’t declare a war, he declared a social program that gave things to the underprivileged. Political correctness might not be the mind control the right presumes it is, or rather, it’s a different form of mind control: it’s an opinion that sounds so good that to disagree with it is to publicly appear to be a negative, selfish or bad person.

Having thus found a golden sword — altruism — that they could use to passive-aggressively clear away opposition, the Baby Boomers proceeded to raid America and Europe for all they could get. Despite singing about the trees, they felled more than ever before so each Baby Boomer could have that 3500 square foot house. Despite singing about equality, they were all too happy to focus on equal rights for African-Americans while importing “equal” Mexican laborers to underpay, in turn sabotaging the value of labor in their own economy. Despite all their talk of reform, what they ended up wanting was a political climate of reform that paralyzed their enemies so they could continue their dogmatic selfishness.

This activity spreads an inherently schizoid outlook: talk about equality, move to exclusive subdivision; talk up the environment, support population expansion; talk about having meaning in life, and while everyone else chases satori, buy up the banks and make a tidy profit. Even more profoundly, they used this approach in all social situations. They marketed themselves as altruists and egalitarianism, then acted in an entirely contrary and selfish manner. They confused their children, Generation X, to the point where most of them just dropped out and live alone in city apartments or Montana cabins, waiting for the blissful end.

As the modern time continues its slow twisting descent, we will find the example of the Baby Boomers more instructive than ever before, because they are the archetype of all people who grow up under social politics. WWII was an ideological war and a propaganda war, and the US/UK constructed a mythos of the individualistic loving creative “freedom” people versus the mechanistic, uncreative, repetitive, hateful, evil fascists (and later, communists). The Baby Boomers took this mythos to the bank, horrifying their elders who should have seen it coming, and every generation since has been living under its shadow.

If we learn anything from this ongoing debacle, it’s that this syndrome is not confined to the Baby Boomers, and that it’s easily defeated: stop muddling your public and private ideas by ending the farce of altruism and egalitarianism in our rhetoric. No lasting society insists on equality in politics because it ends up being an expectation of equality in ability, a self-fulfilling prophecy (think Idiocracy). No society claims it is altruistic and giving because this is not how people operate. We as separate individuals need to act in self-interest, and by acknowledging this, we can put restraints on it where needed. However, this idea clashes with social politics, which would have us insist that we only act altruistically, and that bank/suburb I bought was just a little thing, no big deal.

Our modern political landscape is divided by this muddle of public/private obligations. Anyone who insists on their right to do things their way, and not to accept everyone, is a Hitler-Stalin-Lucifer and should be beaten down so We The People triumph. Anyone who argues against our altruistic, entitlement or egalitarian programs is a secret fascist-racist-elitist. But we churn on as a culture, making all these bright promises to end problems that persist and even strengthen, all while in the small hours of the night and in the shadows of the day, enriching ourselves because even ourselves cannot believe our own blatantly unrealistic marketing.