Charities as we know them must cease. However, in our attempt to improve the conditions of all life on earth we must assist wisely to ensure the best outcomeÂ for bothÂ theÂ respective nation’s ethnic groups and ecosystems.

Unfortunately,Â band aid altruism andÂ wearing a red noseÂ like aÂ circusÂ clownÂ is a misfiring of an original intentionÂ to actually assist or prune away the socially diseased regions to decrease the chances of catching their curse. To actually help a third world country, we must be like a surgeon to remove the tumour – surgery however, is not very altrusitic, as it dis-crimi-nat-es against the parasitic infection that would otherwise happily disease everything else for its own survival.

Instead, charity as we know it has become something completely against theÂ intention it had stood up to represent, stood up to represent a holism but instead took the wrong turn and ended up wasting all energies – it is, like all manner of things from modernity, corrupt by definition.

In trying to construe a new charity or medium for which to naturalize certain areas of our earth is that these modern monetary charities fail – simple as. They seem like great intentions, but then we realise – they want money for it, and even this money is not sufficient! It is never enough, because, like beauracracy, it throws money… 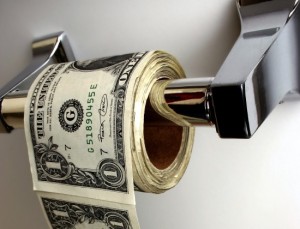 Money does not solve anything except short term fixes, neglecting the long term – it repairs the car – everyones happy, it’s all shiny and new thanks to the generous idiots who threw money at the problem, unfortunately for everyone who has to share the road to reality – that still doesn’t make them a better driver, if they have the wrong mind frame then they will still crash the car!

Real charities are those, like the nurturing garderner – who go to prune away diseased things and removing deceased and rotting leaves from the healthy plant – thus increasing the overall health and prosperity of the plant as a whole.

Everywhere I see in nature, there is a niche of life as a protector of health with what appears a rather disgusting appearance – for humans, a socially unacceptable blasphemy against the (false) equality and (sub) human rights! See now to the humble maggot, a creature that only eats dead flesh, see also to the insects that thrive on dead leaves, and thus the many great flying and crawling creatures that thrive off of these other creatures who are cleaning up the nutrients from the dying things into themselves.

Nature has means to remove the things which we know are wrong, but to do this, nature must invert – to counterbalance, to re-establish a realistic vision, an overcoming of itself – again and again.

False charities are those that persist in failing solutions, they ignore the larger picture for the hedonism of the individual pleasing their self interest, they harness the disease in themselves and therefore contaminating any healthy life that might associate with them. It’s like walking into a plague ridden city full of scummy sewage and adaptive generalist humanists scurrying around in the dirt with the beggers and self pitying disease vessels desperately trying to claw and grasp your clothes, crying, self loathing, knowing that you can do nothing to help but begging anyway like fools – thus they inevitably pass the disease onto you – this thing is contagious!

Do not assist those who lie on the floor begging, this, although overwhelming at first, is secondary to the greater cause that chains these souls into the impoverishment they are trapped within, you can only banish this taint away by unblocking the river of nature from its stagnation, to let the torrents flourish through like fresh abundant water from a miraculous rain storm through a scortched desert.

Marcus Aurelius once said that “What is good for the hive is good for the bee” and this parallels with all whom are subject to the larger nature, and that this is every single one of us, all who are not like this are therefore delusional.

When we think of society and everything interconnected in all its doings we can see now that by only thinking of the busy bee individuals and not the collective hive, the hive dies and all the bees must selfishly fend for themselves using what is easiest and most convenient regardless of the destruction the future descendants will have to pay for as the hive collapses and entombs them in stupidity. 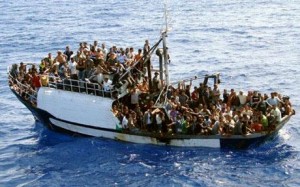 This is how these socially plagued third world regions manifest – they ruin the lives of the natives by dumbing them down and overpopulating like a puss filled boil, full of disgust, pain and agony – all these charities are doing is pumping it up awaiting their puss fest when all the diseases and bacteria sputter globally in tides of never ending immigration all deserting their homelands.

Charity from the soul, to self – from within, so without.

I’m sure you have heard before that “Charity starts at home”. More directly, it begins with you my friend, towards all those who are themselves good people. If you do not allow nature to send her signals to you, if you stamp on the messenger who distinctly through the sea of noise doubts your conscience, stamping without caring to give yourself the decency to understand reality as it is, you are a tyrant.

Tyrants can never be charitable, their offerings are poison – to ignore your fellow companions in life and instead offer a somewhat generous, tasty meal with those rare life bearing individuals who want to make a difference, but instead of changing to help them – you poison them, thus no longer can they dare to contradict your highness!

You great tyrant you, all of you whom nature obviously is no match for your greatness! – But when you sleep, it creeps upon you, into your night, into the depths of your mind – the taint drips inside, drop by drop, patiently, like water.. slowly filling your cavern of a conscience with acidic fluid and superfluousity.

It kills them inside and they become hollow, corpse like intellectuals; they can only conceivably ease this by the short termed method of self delusion, mechanical noise and ouright denial that prevails with the disease – their minds, raging inside like eternal chaos without end “Why is this not helping?.. Why are they still fighting!.. Why does my effort feel like a waste!.. Why is this happening!”

They seek but they do not find, their minds are not unified, they are not ordered and thus their superego contradicts the ego, the subconscience stability being eroded by natures patient, unreleting power, natures undominable will.

If you ignore the great and few, you will be devoured by the weak and many.

If you do not stamp on your true self, if you embrace yourself as a receptor of natural order, you will receive wise intuition of the very best quality. If however, you stamp on everything that might reveal itself to be truthful, you also disarm yourself of any truth and your whole life becomes one great lie. 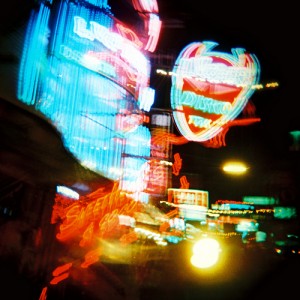 Nature has a message for these deniers and all who live in the infected region, and it is the taint, a mental toxic sludge of depression and erosive hollowness covered in a sprinkle of neon sparkles of bliss and happy pills.

To clear this taint and thus remove those inbalances upon the world, humans must cease to be the ones who are so sacred, as these cowards in the crowd – they are the false idol, the false charity, because without our sacred earth and its ecosystems, without taking responsibility for themselves – they will have none of natures remedies for the errosive taint.

For third world countries, they must reverse overpopulation immediately through local initiatives and introducing the most responsible, wise, intelligent leaders of their national ethnicity into power primarily.

If for many reasons this is not pragmatic, some may find it worthwhile for the good of the ecosystems upon those lands that a responsible neighbour can conquest, proliferate and guide sensible internalised wars and colonise for the short term, so that these main forests preserve their life systems for the earth as a whole.

Many countries in Africa are on the brink of consuming all of their forests, for example, by 2030 countries like Uganda will have consumed nearly all of its forests through overpopulation and these rainforests take thousands of years to evolve.

If humanity continues to feed those false charities, they will therefore create further chaos and a greater taint upon the lands inflicted. The taint must be internally overcome, those who cannot do this cannot be charitable to themselves, the earth or anything, they are dead stars – holes in the fabric of reality sucking all life around them into the void where they came from.

Humanity, one day, will have to understand this void and its true purpose, it is our disease as we stand today and it is not our fate to be sucked into them lest we perish to some otherly world having achieved nothing in this life.

We cold conservatives don’t wish that these countries are the way they are, we have however, the decency to find a solution that actually works. Unlike liberals, we cannot afford to waste our lives flying the flag of some trendy symbolic strap-on only to go “oh that’s an interesting point” only to run away to fly the flag and look cool somewhere else.

Just remember when tackling problems in this world; the truth is like surgery – it is a painful procedure but it removes the cancer so that we may heal and recover. Or like iodine on a wound to disinfect and kill the parasitic bacteria – it stings, but it cleans and in the long run allows our bodies to heal so that we may enjoy existence once more.

And also remember that, individually, without any communal warmth to strengthen our social bonds, without any helping hand other than ourselves – THAT is when the truth hurts, and ignorance seems like the blissful alternative.

These demons that afflict us, this taint, corruption and pollution – life must counterbalance this death, naturally, intuitively and realistically. Life is the whole, death is the details.