by Jonathan Peter Wilkinson on January 12, 2017 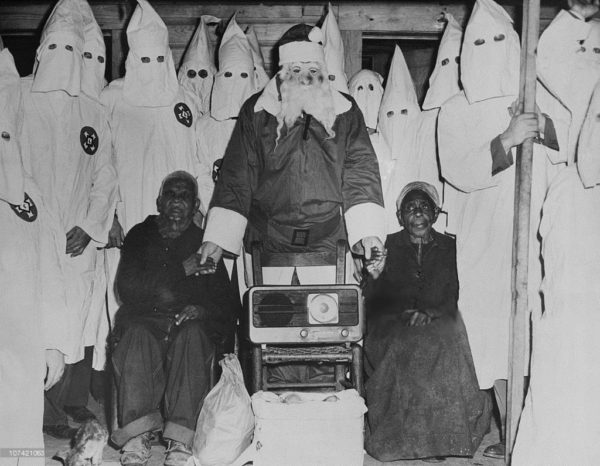 I still fall for it sometimes. The pseudo-erudite chatter put forth by The Cathedral. I actually heard that the four thugs in Chicago’s BLMKidnapping got charged with a hate crime and felt happy. Like it was the smell of napalm in the morning. Silly, silly me. I was forgetting a relevant passage from the Old Testament – Leviticus 16:8-10.

And Aaron shall cast lots upon the two goats; one lot for the LORD, and the other lot for the scapegoat. 9 And Aaron shall bring the goat upon which the LORD’S lot fell, and offer him for a sin offering. 10 But the goat, on which the lot fell to be the scapegoat, shall be presented alive before the LORD, to make an atonement with him, and to let him go for a scapegoat into the wilderness.

So the scapegoat is a symbol. The animal assumes all the sins for a community and takes them out into the woods. The members of the community can then drink, fight, fornicate and bear false witness athwart their neighbor for another year with a bleached conscience. Hate Crime convictions serve the same purpose.

It means nothing. What was done to the poor, mentally disabled guy would have felt just as awful had it been an S&M session where he plum forgot the safe word. It would have been just as messed up had it been a love crime. Kidnapping, assault, false imprisonment, all of these things mean something. They are all good charges and I hope these four dirtbags enjoy their stay at The Chiraq Hilton. A preferred customer bonus of a few more free nights because of Hate Crime charges? Bogus.

So why do we need a set of laws to cast lots upon societal goats? Because we all feel varying levels of discomfort with diversity and our told to feel guilt and inadequacy. Thus, when we see DYlan Roof chimp out in a church somewhere, we can all condemn him and point out with a reasonably high probability of accuracy that I wouldn’t shoot a bunch of nice, old ladies at an African American church.

Then again, so what? Taking down The Stars and Bars won’t make you like diversity. Putting Dylan Roof or Timothy McVeigh under a jail somewhere with cockroaches in their soup will not make you truly believe !DIVERSITY IS OUR STRENGTH! Our cheering for hate crime convictions is an empty symbolic ritual. It’s like people who take The Lord’s Supper and get nothing except unleavened bread and cheap wine.

Hate crime laws are a sham. They are a panacea. They are fake virtue signaling. They will not make you any more accepting of racial, cultural or religious diversity. They only allow you to participate in the charade of pretending like you do.

Bring back Freedom of Association in all private accommodations and get rid of disparate impact as a legal standard. Abolish all forms of racial quotas. Stop penalizing people who fail to virtue signal in favor of diversity. This is supposed to be the USA, not North Korea.

Then when you see the races, cultures or religions mix, you know its legitimate. When given an honest choice, a few people will choose to accept a certain level of diversity. This is nothing to celebrate. Just respect it and accept it like any other rational adult’s decision. The same is true of the choice to avoid diversity. Just accept and respect it like you would any other rational adult’s decision. Then, we can stop worrying about fighting hate crimes and worry more about fighting actual criminals.