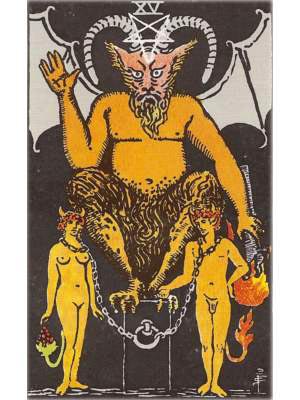 You yawn awake at the same time every day except weekends and holidays. By the time your new digital TV turns on to the weather channel as instructed, you’re in the shower. A stainless steel coffee machine on a timer begins spouting brew into the carafe.

At the back door the dog is MIA. Everyone else has dogs who go missing for days at a time. You push away the briefest thought of a cold lonely creature in a strange place wondering if its adopted human family actually gives a damn. The farthest thing from your mind is the mythological brightest of angels who rebelled against the cosmic order and so was granted his own greatest wish and greatest prison, independence in a dominion where he alone was law. Freedom in a cage. Cursing, you dump dog food into the bowl. It’s the dog’s fault for obstructing what you need to do.

The TV says today will be sunny but with a 30% chance of rain. Why can’t they all be sunny days, like the days in those car commercials (or antidepressant commercials) where people are happy together and spend more time on work-life balance than simply trying to make it through? Maybe science will fix it.

At this point, you take an important step: you obtain consent from yourself to get in the car, muddle through traffic to work, tolerate whatever stupidity occurs at work, achieve minimal results, and then come home to have a few hours of home time before you do it all again. You don’t want to, but this is the life everyone leads, trading time for a salary so you can be more like those people in the commercials and less like those under the bridges you drive past.

Hail to the guardians in the corners four,
Hail to the spirits of north, east, west and south,
I summon the powers of the world beyond
Master, I invoke thy name in sacrifice.

At your cubicle job you do the usual hour of effective work, then settle in for a day of answering emails, going to meetings, filling out paperwork, calming superiors on the phone, and fascinating activities like organizing your files and going to a continuing education seminar on how to use the new voice mail system.

The kid phones halfway through the work day. Apparently there are bullies at the school who are beating on your kid. You sigh, feeling the pain of Christ on the Cross. Why do you have to solve these problems? You only wanted a kid that would be like you and succeed in the ways you are succeeding. You did not want these little glitches. You tell the kid that it’s not their fault and then call the principal. He will ignore the problem too, probably. But it shouldn’t be your problem. Other people have kids without problems. Why are you the victim here? Pure dumb bad luck.

That thought disturbs you. The idea that there is some Order to this world that does not fit the transactional nature of things, where both sides are equal and make a trade for mutual and uniform benefit, disturbs you. It is uneven, unpredictable. Even Satanic, uncontrollable. You roll mental window blinds over that thought and turn back to your Excel spreadsheet.

Lord of the pit, listen to my prayer
Abyss lord, hear my supplication
Carry my will on your dark wings
Hear the will of your servant

But everyone does it. That is the catch, isn’t it? Everyone has two kids, two dogs, a big house and a job they hate. Everyone wants their kids to succeed. Cram them forward, make them yield, force them to obey. That is what you feel you need: a greater force, like a bigger screwdriver. Make things turn out all right. Or, if you search your soul, make them turn out as you want, regardless of what “all right” is.

Mid-afternoon and no call from the spouse. It’s OK; most marriages end in divorce. It is no one’s fault. People become incompatible because it’s too much work to compromise and reconcile when you know what you want and no one else should tell you that you cannot control your future. Except your job. You need it for money to spend shopping, which is what you’re doing, since almost everyone else is asleep or unproductive.

Prop up a big book of important-looking stuff on your desk, sigh and announce how much work you have to do, then set yourself up to shop on the web. It’s not theft since you have barely any time outside of work anyway. Find something you like to make you feel better about the kids getting beat up, the absent spouse, the missing dog, the computer crashes and the even the crappy construction of your office. Click to buy. Forget about it; it will arrive in a week, be a topic of conversation for a day or two, then be obsolete and go into the landfill. Do you even remember what it was?

Then you get coffee from the cafe downstairs, taking your order from someone who doesn’t speak English and is clearly from far away without documents. You fake a big tip by folding a couple bucks once you see two co-workers watching. They nod approvingly, both acknowledging your power and their power to judge you. You feel that victimhood again, at having to show others that you are a good person in order to feel justified in doing what you want.

At the altar of power and the throne of might
Satan, master, demon lord and soul possessor
I swear my allegiance to the Abyss and its Worm
Forever entwined in blood, no will before thine

In your hazy mind stupefied by end-of-day concerns, you remember a sunny afternoon way back in college when you were forced to read Kant. Kant said that evil was not ensconced in some mythological figure like Satan who was the cause of all evil on earth. Rather, he thought, it was the result of our choices. Do we act on reality, or construct a hypothetical pseudo-reality and act on that because it’s more convenient for us? Even more troubling, Kant said that among us lurked a real evil called “radical evil,” which consisted of the everyday decisions of ordinary people that created bad results, but no one questioned them because it was what everyone else was doing.

You wonder why that thought comes back to you now.

You have a future ahead: more scintillating work days like this one, paying more of your salary to a government that does “good” things in your name, hating your family and loathing your own situation. But then again, you wanted it this way. Based on all the movies you saw and pop stars whose interviews you read, the primary goal was after all “freedom.” Freedom from rules, hierarchies, and uncomfortable truths that might be true, but could just be how other people want to control you.

Warlock of the seven gates
Lord of demons from the pit
I pledge my blood allegiance
To feel your power within me
No gods, no truth, no power, no kings
I alone am in control
To reign in hell…

You don’t want an Order around you. You want an order of yourself. For that you need freedom. Freedom means you must have no one around you who can tell you what you are doing is right or wrong. No culture, no leaders, and no real insight into your motivations. You want lots of people you can fool by folding two ones to look like a wad of cash. Then they back down; they see you are powerful with money and generous. You have more power than they do.

For freedom you need a job, and a big powerful state to rein in all the chaos around you that occurs when other people get upset about their pointless jobs and mundane lives. All of this exists so that you can be in control.

You point the car toward home. You have learned something today. You do not serve others for their own sake. You serve them for you. The perfect house, the normal kids, the spouse and job, just like in those antidepressant ads. It’s all about you. In the clouds above, batlike wings unfold as a demonic laugh fills the air.

A day in the life | Comments