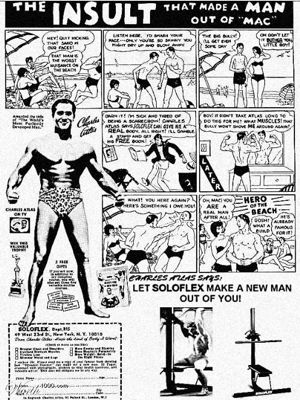 There’s nothing in common between our citizens anymore, and the internet shows it. Almost all references to the internet begin with “So I was arguing with this idiot…” The points of view are literally incompatible.

No case in point is more illustrative than a recent exchange on noted internet dropout huddle zone Reddit. One poster told a story about an elementary-school student who was not very popular, and this kid had a birthday party, and no one came.

The poster was hurt and outraged that kids were so “cruel” and used epithets to describe their behavior. But is it really so? As I pointed out, it’s not necessarily that they were cruel. They may have simply not wanted to socialize with the kid. Saying that they then must socialize with him, or be thought cruel, is a type of mental control through guilt. In fact, it’s a bit psycho to judge their behavior in any way. There should be no obligation to go to birthday parties, or the exercise becomes full Soviet and there’s no fun left in it.

In the same way, our citizens should not be forced to socialize with one another. But in the hands of nanny state government however, the same choice will be made as this poster wants to do to birthday parties. It’s not fair if someone has a birthday party that is unattended, he thinks, so we should use guilt and fear of being ostracized to force people to attend. Never mind that then the kid is not merely unpopular, but hated, because he’s an obligation as odious as paying taxes or waiting in line at the DMV.

Our society tosses around words like “cruel” and “oppressive” without even bothering to care what the meaning is. You succeed in this society by being inoffensive and having a spiel that most people find pleasant and complimentary. They like having their heads filled with images of themselves as kind and wise, not cruel and prone to exercise judgment. In their distracted egomaniac stroll through life, they want to be told that no one is more important than anyone else, and that no one can tell anyone else what to do. This lets their distracted suburban-housewife mentality think that everything is peaceful, maan. We’re all cool because we’re all the same. We are one, now have a dreamcatcher and an Ansel Adams print to make you feel profound.

The grim reality of the situation is that it is better for everyone if we are all totally honest instead. Take the unpopular kid for example. If no one in his class wants to go to his birthday party, he should face that truth and then consider his options. The first is one that most people find upsetting, because it requires you to really escape the brainwashing of this era. Who cares if you’re popular? Don’t bother trying to be popular unless it’s important to you. The second option is for people to whom it is important to be popular. If no one wants to come to your birthday party, you have to figure out why and change yourself so that they like you. If they’re all jerks or idiots, you have to be a jerk or idiot like them, but your party will be well attended.

In either case, the unpopular kid has made a choice and adapted. Either he rejects popularity itself or finds a way to win at the game. He would not have these realizations if he were not told by others by their non attendance that he was not popular. When we shield this kid from reality by forcing other kids to go to his party, he never goes through the learning experience and for the rest of his life, goes through life depending on a false notion of how it works.

Our society as a whole is run like a committee. It likes to make everyone play well together. Its leaders like to see peace, order, conformity and most of all a constant need for external validation. People who go through life begging for attention are easy to control. The nanny state comes from this mentality, and thrives by controlling us through its approval, like a manipulative parent. It wants us all to be forced to go to the unpopular kids’ birthday because that keeps the peace, and also breaks our independent will and makes us dependent on how others perceive us.

The scary thing about this state of mind is that it arises from good intentions. No one wants to think about being the kids whose party was a bust. But in the name of that fear, we create a far worse devil. By forcing us to interact with each other, we make our society insincere and manipulative. That effectively destroys all honest emotions, all friendships, all love. But at least the committee is happy.