Global warming controversy is a problem 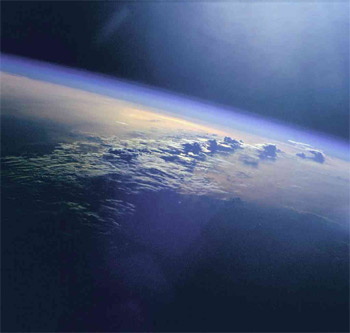 Whether it even exists, and if it does, whether the cause is anthrogenic, solargenic, tectonic/volcanic/geological or a combination, global warming has long occupied center stage.

This effect is simply another error, perhaps orchestrated or accidental, created by our liberal democracy, with its oppositional polarizing process forcing important topics into a false dichotomy or other unrealistic position.

Thus, we rarely achieve lasting decisiveness, regardless of importance or urgency.

Whatever the case, the effect is the same. If we value maintaining our social image by living like all the other Americans around us, we too will adopt a degree of psychologically defensive indifference to the results of our lifestyle choices.

â€˜But then,â€™ you might ask, â€˜what about all the other negative effects of pollution such as respiratory illnesses, heavy metals in our lakes and oceans, acid rain, etc.â€”we are still poisoning our atmosphere and environment, should we not be concerned about that?â€™

Venus offers us a glimpse into an extreme case of global warming with a greenhouse effect run amok. Its surface temperature is hot enough to melt lead.

The crushing atmospheric pressure is over ninety times that of Earth. The clouds contain sulphuric acid droplets. Each day is eight months long.

Like feverish visions from a surreal grindcore soundscape, Venus is a hell.

From the perspective of planetary science, global warming happens to planets without human interaction.

This opens up the possibility that the effect on our own planet, like any cosmological challenge is for the forseeable future, beyond the means of our control.

A frozen peat bog covering the entire sub-Arctic area of Western Siberia, the size of France and Germany, contains billions of tonnes of greenhouse gas that is melting for the first time since it was sequestered more than 11,000 years ago before the end of the last ice age. 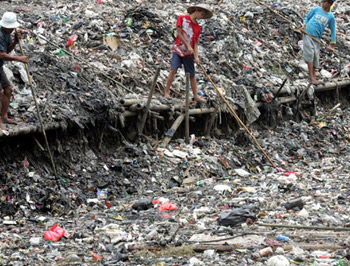 The early 21st Century is a globalizing world of billions of people, each seeking to attain American levels of material affluence.

The United States GDP accounts for nearly a fourth of the world’s total productive output in exchange for the largest share among nations from the accessible petroleum.

Everyone in the world cannot then move up into an American level of affluence. The desire is unrealistic and irresponsible of those who insist every human in the world may live a First World material existence.

What we may consider grinding poverty compared to our few decades of modern prosperity is approximately a typical lifestyle for almost everyone throughout civilization’s history.

However, innumerable small villages have been replaced with crowded urban sprawl. The displacement of wilderness, the sprawl and crowding are certain to continue well into the coming decades.

More people will live in cities than in the countryside next year, and a growing number will be living in slums. The UN report says the number of slum dwellers will pass the 1bn mark in 2007. Urban growth and slum expansion rates are nearly identical in some regions. For a long time we suspected that the optimistic picture of cities did not reflect reality.

The negative effects of crowded urban spaces in the midst of “grinding poverty”, a deliberately unsavory euphemism meaning “traditional living”, is synergistic.

Criminality has more opportunity to strike and then disappear into the sea of people. Traditional living, off a landscape now replaced with concrete, has vanished. The slums are a font of unchecked, ever flowing pollution of destroyed human lives and discarded waste.

So, we come to the real environmental debate of the Twenty First Century. Overpopulation, now buried by the global warming controversy, was first formally addressed 35 years ago:

Throughout the world, urban populations are growing in size at a considerably faster rate than rural populations. As a result, by the end of this century, and for the first time in history, the majority of the world’s population will be living in urban areas.

Urbanization is an element of the process of modernization.

Moreover, while in certain countries this process is efficiently managed and maximum use is made of the advantages this management presents, in others urbanization takes place in an uncontrolled manner and is accompanied by overcrowding in certain districts, an increase in slums, deterioration of the environment, urban unemployment and many other social and economic problems. 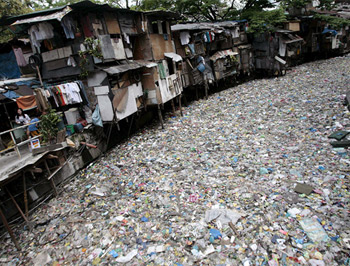 We need a better approach to help ground our ecology concerns in reality and within the context of what mankind is able to control.

Anthrocentric morality, an effect of crowdism in action and a problematic distributive justice reaction, defeats us. Overpopulation is the obese elephant in the room and global warming has become our collective blindfold.

Open society is a lawless marketplace | The psychology of crowds