Like gravity, decay permeates the known universe. Overwhelmingly dominant, decay is never effectively resolved with its antithesis growth, progress, and so forth, so according to Hegel’s lexicon, it is not a proper concrete universal. Instead, it is immutable.

Decay is general because it affects most things larger than stable atoms and a constant because its basic effects, although they may appear variable, nonetheless do not cease.

For our purposes, we will understand decay to mean a transition from a higher state of organization or potential to a lower one.

If you assert that nature tends to take things from order to disorder and give an example or two, then you will get almost universal recognition and assent. It is a part of our common experience. Spend hours cleaning your desk, your basement, your attic, and it seems to spontaneously revert back to disorder and chaos before your eyes. So if you say that entropy is a measure of disorder, and that nature tends toward maximum entropy for any isolated system, then you do have some insight into the ideas of the second law of thermodynamics.

Unless maintenance, effort, or energy is actively applied, dissolution of potential and organization is inevitable. More local to our rather limited human perspective, we see this happening all the time.

A small town gathers its potential and grows into a large city only to have this potential disperse as time passes. The once thriving city center ages, and some parts are abandoned. Its potential moves to the outskirts as suburbs and industrial parks while the center is given over to low potential slums.

Kipple is useless objects, like junk mail or match folders after you use the last match or gum wrappers or yesterdayâ€™s home page. When nobodyâ€™s around, kipple reproduces itself. For instance, if you to go bed leaving any kipple around your apartment, when you wake up there is twice as much of it. It always gets more and more.

from Do Androids Dream of Electric Sheep? by Philip K. Dick

We understand the basic pattern occurs in nature. Thick forests dry up, the trees recede and grassland or savannah takes over. Before long, with soil nutrients all but consumed and erosion having its way, verdant thickets have fallen to vast desert expanse. 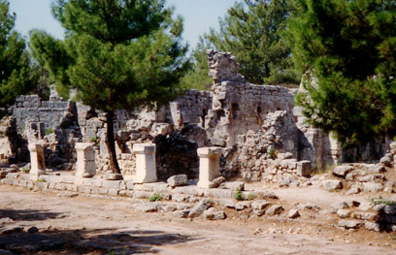 Scattered villages find common cause when a foreign conquest oppresses them. They overthrow the ruling king then create a republic and a mutual cause against further incursions. The republic expands into an empire, both overextends its commitments beyond and consumes itself from within only to fall to dust and ruin thereafter.

Now, Harvard’s Niall Ferguson, one of the world’s leading financial historians, echoes Diamond’s warning: “Imperial collapse may come much more suddenly than many historians imagine. A combination of fiscal deficits and military overstretch suggests that the United States may be the next empire on the precipice.” Yes, America is on the edge.

Dismiss his warning at your peril. Everything you learned, everything you believe and everything driving our political leaders is based on a misleading, outdated theory of history. The American Empire is at the edge of a dangerous precipice, at risk of a sudden, rapid collapse.

Linear progressive history was marketed to us in the wake of industrialization and liberal democracy, a time of gathering potential, particularly in terms of living standards. Progressivism is fairly utopian in outlook; social interactions and standard of living cannot do other than improve, indefinitely.

However, by delocalizing and commodifying cultures into a generic liberal democratic way of life, globalism, like imperial expansion and over-commitment of past historic cycles, establishes a path of dispersal to a devalued state of potency.

A cyclic historic view predated progressivism. Cyclic history was demarcated by distinct ages of best of times leading to worst and back around to best again. The limitation with cyclic history was not so much the cyclic algorithmic structure, but with the separate demarcations.

This two dimensional model is coming back into vogue following our recent modern regression to a linear progressive historic model. However, because it accounts only for distinct subjective conditions in time, cyclic history needs updating.

If we modeled the gradient processes of cohesion to diffusion and back, or gathering of potential like wealth or stored energy to its expenditure into its surroundings, we would need to account for space in addition to time.

Think of the early town of Rome, having overcome Etruscan dominion, now forming a republic. It appears as a dot on the Italian peninsula. Time passes and the dot has expanded into a blob. A coalition of townships has turned into a large republic. The blob grows, overtaking Italia, turning to empire and expanding further.

Centuries pass and holes appear in the blob. It recedes in areas and its shade is dulled because it is dying. It then shrinks back to its home origins where its potential first appeared during prior cyclic ages.

A new blob appears in the north as Frankish potential expands into the recesses of some formerly Roman areas. Later, the same goes for the Ottoman in now low potential areas further south. Our model would not show one cycle for history. It would show parallel ages overlapping in time: an iron age of ruin for the spent Romans and Golden ages for the upcoming newcomers. 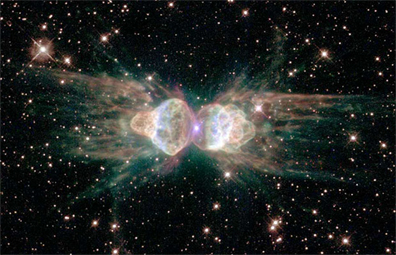 Our new model shows multiple parallel areas of cohesion or diffusion in space that expand and contract, even overlap in conflict, with the passage of time; a true four dimensional structure. The model is also consistent with:

Essentially, we have effects that are natural laws existing before, beyond, and amidst mankind. The ancients passed these laws down the generations to us in myths.

Hindus believe his powers of destruction and recreation are used even now to destroy the illusions and imperfections of this world, paving the way for beneficial change. According to Hindu belief, this destruction is not arbitrary, but constructive. Shiva is therefore seen as the source of both good and evil and is regarded as the one who combines many contradictory elements.

The Greeks spoke of the Apollonian, a lawful, martial ordering and concentration of potential. Its antithesis was found in the Dionysian way as a chaotic, carefree diffusion of spent energy.

Should America’s world influence recede, another rising power will eventually fill the vacuum only to predictably expand beyond the limits of its own maintainable potency, leaving ruin in its wake like all the others before. Additionally, the coming post-global world will likely experience many pockets of relocalized autonomy within its opened recesses.

If our general constant laws of decay remain true, the future awaits within such emerging pockets. The only remaining questions then are when and where they will appear and what qualities these newly concentrated potencies generate.

The new morality | Correlation and causation