This article seemed to fly under the radar at first, just a few months after three European heads of state admitted multiculturalism is failing: 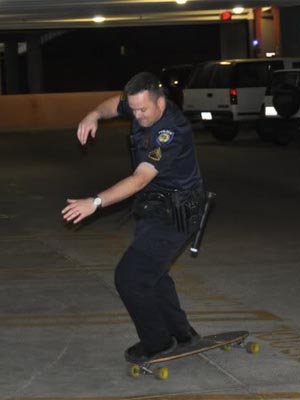 A Populus poll found that 48% of the population would consider supporting a new anti-immigration party committed to challenging Islamist extremism, and would support policies to make it statutory for all public buildings to fly the flag of St George or the union flag.

The poll suggests that the level of backing for a far-right party could equal or even outstrip that in countries such as France, the Netherlands and Austria. France’s National Front party hopes to secure 20% in the first round of the presidential vote next year. The Dutch anti-Islam party led by Geert Wilders attracted 15.5% of the vote in last year’s parliamentary elections. – The Guardian

Interestingly, this is the voters telling the conservative right what it needs to do in order to succeed. It should listen, because if you have a goal, the methods needed to accomplish that goal are negotiable, but the goal itself is not.

It would be a shame for the right to insist on methods, not goals, and thus repeat its past failures without achieving its possible future successes. Conservatism is an outlook and with that, an ideal which represents an ongoing goal, and we should be open to any method of achieving it.

The media image of the far right is skinheads who like to hurt people, sadistic toothless rednecks, and investment bankers who grinningly endorse Social Darwinism. They profit from selling this fear — and that’s what it is, repackaged fear of inferiority — at the expense of the far right, who have not been able to effectively combat it. That needs to change.

It is also worth noting that conservative parties succeed when they tune their various parts according to a common note, which should be as literal as race, but an organic vision like unity of culture and purpose.

Modern society is *soft* in precisely this fashion – its rulers have lost the ability take tough decisions: to seek long term benefits when these come at the price the cost of short term costs to themselves.

The ultimate reason is, I believe, that humans can only make tough decisions when these are supported by *transcendental aims*, in the sense that humans do not want to forgo short term gratification in this world unless life is about something *more* than gratification â€“ and where non-worldly realities (God, heaven, truth, beauty etc.) are seen as more real and more enduring than immediate gratification – and therefore more important. – Bruce Charlton’s Miscellany

He’s right: we need some transcendental unity here or we’ll lose sight of the big picture and focus on what is immediate, including the material, the personal and the convenient.

Whether that vision is old school religion, a new religious hybrid (most likely a Vedic-Christian hybrid like Scientology and the New Age religions) or a simple agreement on transcendence itself, as enumerated by some powerful thinkers, will be decided in the future. For now, let’s recognize we need something higher than the material to unite us.

The right was thrown into disarray by World War II, which led to it abandoning many of its core principles, to our mutual failing as European-derived civilizations. A kind of bitterness set in, by which conservatives adopted public “neoconservative” and “neoliberal” (same thing) views, but in private smirked with an I-told-you-so grimace. Conservatives no longer believed they could be heard, so they let the disaster unfold, getting ready for that moment of bittersweet victory.

That outlook, and the kind of defensive reactionary paranoia that begets street violence where none is needed, holds the right back. At this point, liberalism has failed; it had a century and change to fix our problems, and it made them exponentially worse. The only people who are endorsing liberalism these days are the hopeful social climbers who want to mask perceived low origins with what they hope are aristocratic opinions.

But for the right to succeed, however, it needs to return to its principles and goals — and move on from its failed methods.