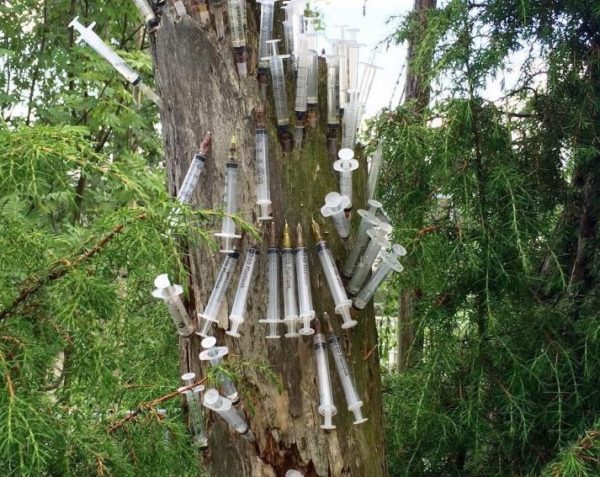 Western man is externalizing himself in the form of gadgets. – William S. Burroughs, Naked Lunch

Civilization is an uncertain bet. Like the oxidation that allows us to breathe, it also creates secondary effects which must be managed, such as free riders and calcification. Most societies try to manage these through external control, and this proves to be a fatal mistake, but it remains popular because it avoids questions of natural selection, namely evolution toward higher self-control.

Externalization appears tempting because it involves no change in the individual. Instead, centralized forces dictate standards and rules, and the herd equally obeys them, which provides the least friction because no person is disciplined more than any other. This allows mental convenience and attracts people to the idea.

The process of externalization occurs through proxies, or external symbolic “games,” which serve to both represent and obscure reality. Instead of doing what is right, we do what the moral code says we must. Instead of finding a place where we contribute, we measure salaries. Laws take the place of values, and gadgets and entertainment take the place of meaningful time expenditure.

Replacements for reality are comforting because they take a vastly complex target and reduce it to the comforting tangibility of numbers and rules. By making this lawless world comprehensible to our minds, they take away fears and give us direction, but it is not a positive direction — toward something — as much as a selection from what already exists.

For this reason, externalization is naturally backward-looking and navel-gazing. Without some forward purpose, humans have nothing to define their lives except personal convenience, and this removes meaning from existence and leaves individuals in a circular process of wanting more and then being unsatisfied with it. The addict finds himself lonely when the drug effects wear off.

Like other types of formalization, externalization occurs by creating a procedure for every aspect of life and limiting choice. This in turn makes people passive and dependent, since they rely on the external source for the list of options available to them. None of these choices have existential or spiritual meaning, so they become mostly interchangeable, varied only in amount of money or status.

The ugly hyper-competitive social scene common to modern society arises from this externalization. When we measure our lives in terms of gadgets and artificial targets like workplace performance, there is nothing to do but compete for those, and because they are unsatisfying, to keep competing until it exhausts us. This is a perfect method of control.

Those who compete in limited spheres such as these games fear any who do not play by the rules. This gives rise to a manic need to limit inclusion in social groups, and through them the rest of society, through those who are obedient to the basic assumptions that allow the games to exist. Such societies look for ways to exclude people, and force mass activities on the group in order to indoctrinate them.

For example, in schools in the modern West, it is considered common practice to ask students to “share” or tell to the group a personal experience. This opens up the individual to judgment by the herd, and if the individual passes that judgment, makes them feel some debt to the group. The moment of inclusion produces a squirt of dopamine in the brain and safe, happy and comfortable feelings.

In turn, the focus on inclusion and competition for acceptance creates dark organization by encouraging people to manipulate appearance, symbolism and the rules of the game in order to succeed as efficiently as possible, which means with the least amount of risk or exertion to the self.

Our pathological altruism is one form of this behavior. It is easy to very publicly give money to a charity for blind disabled retarded transgender third world orphans; doing this a few times gives the individual status points. It is harder to every day act in a moral way that encourages qualitative growth within individuals and civilization.

This shows us the appeal of virtue signaling: to signal once is more efficient and mentally more convenient than trying to make every act we do into a morally correct action. Doing the latter is a lifetime commitment that requires near-religious levels of commitment, while the former involves a few public relations events plus anarchy.

Pathological altruism is one form of dark organization. It happens when a group within an organization turns against that organization, but uses the methods of that organization to achieve its goals. This only occurs when the goals of the group are corrupted by creating a proxy instead of measuring results by reality.

This trap ensnares human civilizations time and gain. Our best intentions lead to us creating proxies, and then the tool becomes the master and those dominate us, destroying our civilization. Democracy, equality, Leftism, diversity, feminism, liberty, class warfare and freedom are just subsets of this failure that like the best euthanasia, creates a warm sensation before the infinite coldness of death.