Exploring the Roots of Censorship 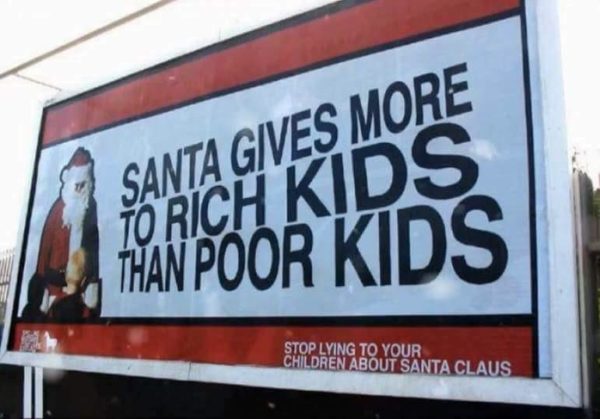 In the same way, censorship comes in two forms. Very few object to banning child pornography, and very few would argue for including a handy three-step recipe for nerve gas on cereal boxes. Some censorship however simply attempts to control by limiting the joy that others find in life, forcing compliance.

We can see an early example through the censorship of Santa’s pipe:

Santa’s pipe was an integral part of his identity until Canadian author Pamela McColl republished Clement Moore’s “A Visit from St. Nicholas” (1823) after she removed its mention of Santa’s pipe. She spent $200,000 to print 55,000 copies and declared to the New York Post, “Santa has stopped smoking, and 2012 is the year he quit, and there’s nothing anyone can do about it.”

McColl’s version removed the lines, “The stump of a pipe he held tight in his teeth, / And the smoke, it encircled his head like a wreath.” She also removed the pipe and its smoke from illustrations. She did it for the children.

Nobody objects to this nighttime intruder looting baked goods from the millions of homes he’s broken into, or his maneuvering livestock in and out of commercial flight paths, but stick a pipe in his mouth and righteous indignation escalates. Why people prioritize censorship over honest communication is a mystery.

Most people find it hard to wrap their heads around the relativity inherent to our reality. All things are poisonous in some dose and some location; you can drink too much water and kill yourself that way, if you want.

Pipe-smoking takes a potentially dangerous substance and removes the riskiest part of enjoying it, namely taking smoke into the lungs, allowing it to be enjoyed with relatively little risk. Doctors hate it because it provides an easy answer to health problems; nanny staters hate it for bringing joy.

People who enjoy life seem to be hard to compel. They do simply what is functional, not what is symbolic, and for this reason tend to simply desire families, comfortable homes, gentle communities, and the wisdom of tradition.

Those things conflict with the desire of the tyrant, which is to take the power of civilization and make it serve their own ends. This requires a population in a wartime mentality, obsessed with fear and mobilized to destroy something in order to save itself.

Consequently, nannies, tyrants, and officious small people on power trips seek the same thing: to obliterate joy in life, and replace it with misery, so that the only good feelings come from complying to a symbolic ideological agenda.

Morning in a Black Tide Season | Demotism Dies in Dementia