by Jonathan Peter Wilkinson on September 5, 2019 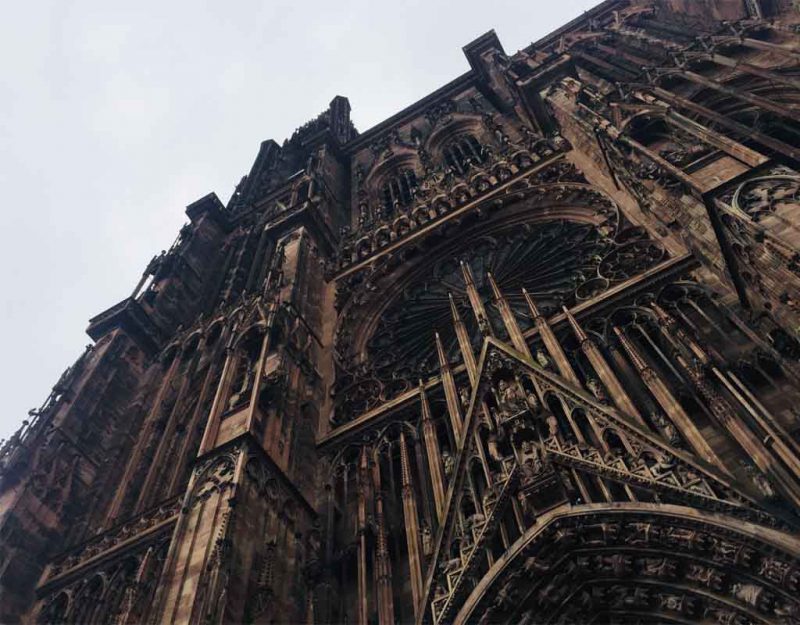 Amerikan cities frequently elect extremely progressive municipal governments. These are people who believe in rigorous equality and maximum individual freedom to indulge whatever lifestyle a person may choose. As such, these municipalities are often governed by the general principal that all people are equal, regardless of their obvious differences in intelligence, drive, family background, et al. Also, they tend to not “make value judgements” regarding the choices and behaviors these individuals select to indulge in.

Allowing people to quite literally defecate in the streets has helped the Amerikan urban area recreate a fairly tragic and historically critical aspect of the medieval european city that the Society for Creative Anachronism hasn’t gotten around to faithfully reproducing at a Ren Fest quite yet. Los Angeles has stepped up to the plate on this one, in a way that could resemble 14th Century Avignon all too realistically.

There is a saying used in California when the going gets tough: “At least we have the weather.” No matter how expensive, dangerous, unclean, and generally inhospitable the state’s cities become, “at least we have the weather,” Californians say, as if to soothe their weary bones. As I watched once-safe neighborhoods decay, I, too, would console myself with that pagan thanksgiving to the sun.

Hope for a better future in California is rapidly becoming a stillborn dream, as the connection between decay and the politics of progressivism becomes painfully clear. The proponents of this secular theology may be getting a wakeup call soon, as the Golden State’s cities teeter on the edge of bubonic oblivion, with rats teeming through the streets of Los Angeles, even forcing temporary, partial closures of City Hall. Skid Row has unfurled its filthy tendrils into the halls of the Los Angeles Police Department’s Central Division station, with officers falling ill as vermin lay siege to their precinct.

A more technical and scientific discussion of the situation describes the results of this Progressive experiment in homeless tolerance as follows:

Infectious diseases—some that ravaged populations in the Middle Ages—are resurging in California and around the country, and are hitting homeless populations especially hard. Los Angeles recently experienced an outbreak of typhus—a disease spread by infected fleas on rats and other animals—in downtown streets. Officials briefly closed part of City Hall after reporting that rodents had invaded the building. People in Washington State have been infected with Shigella bacteria, which is spread through feces and causes the diarrheal disease shigellosis, as well as Bartonella quintana, or trench fever, which spreads through body lice.

The reintroduction of pre-modern disease vectors is not the only stupid prize we win from playing the stupid equality game. This leads to massive transfers of wealth from capable hands to those of struggling morons. Senator Cory Booker is here to transfer lots of wealth to “communities of color” in the name of environmental justice!

Booker’s plan begins with a “sweeping investment to advance environmental justice” called the U.S. Environmental Justice Fund. Its $50 billion annual allotment will go toward tackling lead-tainted water lines like those currently plaguing Newark, cleaning up abandoned toxic mines and Superfund sites, and planting trees in cities, among other things. All of these actions will benefit “low-income communities, indigenous communities, rural communities, and communities of color,” which “bear the disproportionate burden of environmental neglect, pollution, and exploitation,” Booker’s plan says.

In return for all this largesse, we can expect the eternal gratitude of all of these noble, struggling minorities who will then thank us by greatly improving their behavior and their outcomes. Oh, wait…

Month after month after month, surprising as sunrise, predictable as the value of pi, come the casualty reports documenting racial disaster. Details change. The substance does not. Gangs of American Africans beat whites into brain damage, often rape and sometimes torture, kill policemen, loot stores, burn our cities. Week after week sullen dark faces glare from mug shots. The stories run briefly in the local press and are disappeared.

And the stories disappear because they undercut a religion. When Nietzsche announced that God was dead, another dark and evil deity arose to replace him. Ideology worship is the apostasy of Modern Amerika. The cult of progressivism venerates St. Marx and proclaims his gospel of equality athwart any materialistic evidence that such gospel is bunk. You can step off the edge of the swimming pool all afternoon long and then resurface with wet hair. You are not going to convince a true believer Christ didn’t walk on water. You can show progressives Before and After pictures labeled “Hiroshima 1945 – Detroit 1945 – Hiroshima 2010 – Detroit 2010.” All that will get you is accused of being a !RACIST! You are not going to convince a progressive that progressivism is a death sentence to any city that is governed in accordance with that ideology.

Urban Amerika has too long served as the Little Shop of Horrors for Progressive Amerika. The quest for equality uber alles will only succeed when everyone is reduced to the lowest level. When cities are convulsed in homicidal violence, that’s what the only attainable level of true equality looks like. When plague germs kill people in Los Angeles, they are equal opportunity destroyers. We’re getting closer and closer tot hat true equality. The only downside is that equality only ever occurs at one mathematical singularity. The Zero.