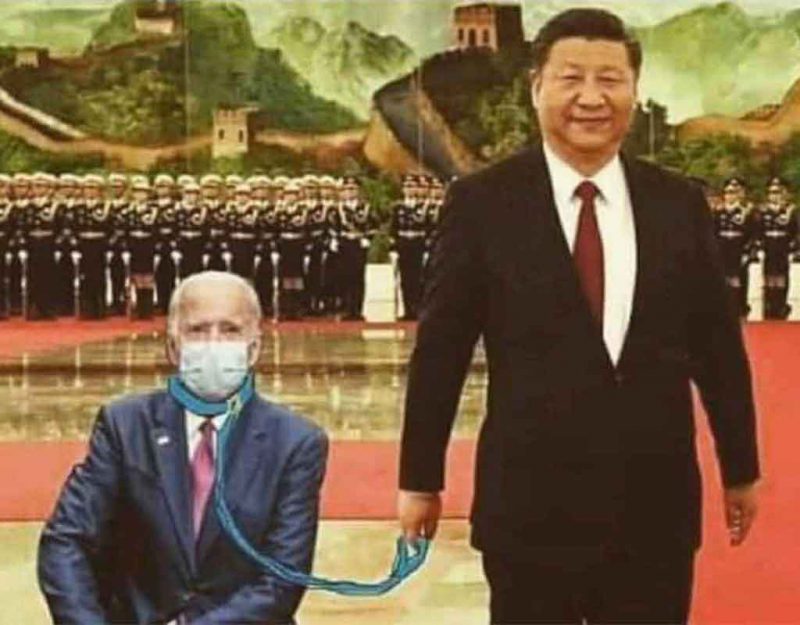 Senile Clinton replacement Joe Biden has apparently unnerved people with his whispering to reporters during press conferences, making them wonder if they were ten-year-old girls:

On three separate occasions, Biden hunched over his lectern in the White House East Room and forcefully whispered to reporters.

While this could simply be him speaking softly so The Greys do not hear him, some have suggested that it is a form of Autonomous Sensory Meridian Response (ASMR):

Autonomous Sensory Meridian Response (ASMR) is a previously unstudied sensory phenomenon, in which individuals experience a tingling, static-like sensation across the scalp, back of the neck and at times further areas in response to specific triggering audio and visual stimuli. This sensation is widely reported to be accompanied by feelings of relaxation and well-being. The current study identifies several common triggers used to achieve ASMR, including whispering, personal attention, crisp sounds and slow movements. Data obtained also illustrates temporary improvements in symptoms of depression and chronic pain in those who engage in ASMR.

If that is the case, this shows us a perfect control mechanism: a herd of cultureless deracinated and alienated individuals in the grips of vertiginous anomie, waiting for their next soothing caress of sound from the television speakers.