Did The United States Provoke Its Entry Into The World Wars? 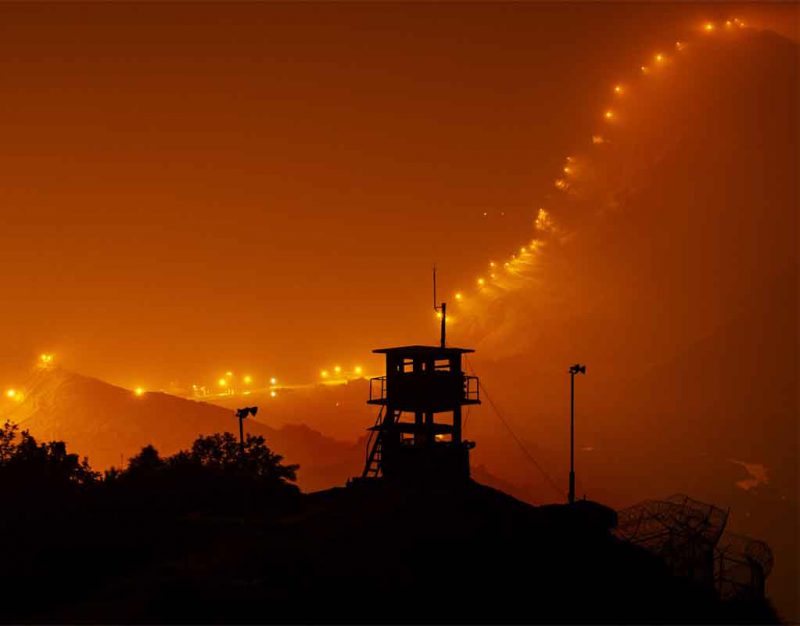 Many joys await those who wake up to the sudden recognition that they are living in dying civilizations. For most of us in the West, the fact that our civilization basically hit rock bottom after WW1 has slowly become clear, leading us to want to go through the re-written history to filter out the lies.

Most Americans — if they believe their televisions, teachers, celebrities, public “scientists” and “historians,” social media influencers, and compromised clergy; in other words, if they take this Leftist regime at face value — believe that America did good things in WW1/2 and set the world on a path to peace.

Realists see it another way: WW1 was an extension of the Napoleonic Wars, and like other democracy wars caused by the internal failure of Leftism and therefore its need to expand through conquest, and WW2 a direct result of the unresolved issues of WW1.

Even more, we recognize that America provoked these conflicts from a need to shore up its own failing financial systems. Consider, for example, the munitions found on the Lusitania which caused Germany to attack and therefore, sped the world toward war:

Now a team led by County Waterford-based diver Eoin McGarry, on behalf of Lusitania’s American owner, Gregg Bemis, has recovered live ammunition from the wreck. Bemis was granted a five-year license in 2007 by the Irish government to conduct limited excavations at the site. He originally bought the vessel in 1968 for $2,400 from the Liverpool & London War Risks Insurance Association.

It turns out that these munitions had been a matter of concern for the UK government since they legitimized German war claims:

“Successive British governments have always maintained that there was no munitions on board the Lusitania (and that the Germans were therefore in the wrong to claim to the contrary as an excuse for sinking the ship),” wrote Noel Marshall, the head of the Foreign Office’s North America department, on 30 July 1982.

“The facts are that there is a large amount of ammunition in the wreck, some of which is highly dangerous. The Treasury have decided that they must inform the salvage company of this fact in the interests of the safety of all concerned. Although there have been rumours in the press that the previous denial of the presence of munitions was untrue, this would be the first acknowledgement of the facts by HMG.”

These shipments were part of a massive Lend/Lease style support for the British war effort by the “neutral” USA:

On December 10th, 1915, seven months after the Lusitania was sunk, the New York Times announced that the White Star Liner Adriatic had left New York carrying 18,000 tons of war munitions for the Allies. Among the cargo items listed were 5,973 “empty” shells (NON EXPLOSIVE of course). The ship’s total cargo was valued at $10,000,000. Less than a year later, in August of 1916, the New York Times again reported the sailing of another White Star Liner, one of Adriatic’s sisters, the Baltic, carrying 18,500 tons of war munitions for the Allies. Such reports were usually printed about three days after the ship had left, once their supplemental manifests had been filed with Malone’s office. That gives an idea of the scale of the munitions shipping operation: TWENTY MILLION DOLLARS worth of munitions exports, on just those two ships alone, on ONE voyage. It is also worth noting that the Adriatic and the Baltic were both about one third smaller than the Lusitania.

Another interesting sub-point is that Charles M Schwab, President of the Bethlehem Steel Corporation, who manufactured most of the munitions that were being shipped to Britain on these liners, was himself a regular passenger on both the Lusitania and the Mauretania.In the wake of the Lusitania disaster, “Champagne Charlie” as he was known, was asked by the New York Times if it was normal for his munitions products to leave the factory in crates marked NON EXPLOSIVE. He stated that he had no idea, as he wasn’t often there.In fact, he said; in the week that the Lusitania had been sunk, he’d been away, so he felt he couldn’t possibly comment on the matter further anyway.

By the end of 1915, the year in which the Lusitania was sunk, exports of American-made munitions to Great Britain had totalled $199, 627, 324. The monthly average for munitions exports during the period 1st Jan 1915 to 1st Jan 1916 was $74, 003, 583. Both of these figures were proudly announced in the business pages of the New York Times of September 7th 1916. By the time of the US entry into World War 1 in 1917, it had well and truly passed the $1bn mark. All of it of course, had been sent by ship, and not just from the port of New York. There were shipments from Boston and Philadelphia too.

In other words, the Americans were hiding behind neutrality while aiding one side in the conflict, and then feigned outrage once the Germans, wise to the scheme, torpedoed the Lusitania. Democracy specializes in passive aggression, and future competitors would do well to remember this.

To compound this issue, the Americans did the same thing during WW2 by cutting off Japanese assets, provoking them into war:

On July 24, Tokyo decided to strengthen its position in terms of its invasion of China by moving through Southeast Asia. Given that France had long occupied parts of the region, and Germany, a Japanese ally, now controlled most of France through Petain’s puppet government, France “agreed” to the occupation of its Indo-China colonies. Japan followed up by occupying Cam Ranh naval base, 800 miles from the Philippines, where Americans had troops, and the British base at Singapore.

President Roosevelt swung into action by freezing all Japanese assets in America. Britain and the Dutch East Indies followed suit. The result: Japan lost access to three-fourths of its overseas trade and 88 percent of its imported oil. Japan’s oil reserves were only sufficient to last three years, and only half that time if it went to war and consumed fuel at a more frenzied pace. Japan’s immediate response was to occupy Saigon, again with Vichy France’s acquiescence. If Japan could gain control of Southeast Asia, including Malaya, it could also control the region’s rubber and tin production—a serious blow to the West, which imported such materials from the East. Japan was now faced with a dilemma: back off of its occupation of Southeast Asia and hope the oil embargo would be eased—or seize the oil and further antagonize the West, even into war.

They followed this up with an oil and iron embargo on Japan, forcing the small resource-poor country into a desperate position:

When Franklin D. Roosevelt became president in 1933, the U.S. government fell under the control of a man who disliked the Japanese and harbored a romantic affection for the Chinese because, some writers have speculated, Roosevelt’s ancestors had made money in the China trade. Roosevelt also disliked the Germans (and of course Adolf Hitler), and he tended to favor the British in his personal relations and in world affairs. He did not pay much attention to foreign policy, however, until his New Deal began to peter out in 1937. Afterward, he relied heavily on foreign policy to fulfill his political ambitions, including his desire for reelection to an unprecedented third term.

When Germany began to rearm and to seek Lebensraum aggressively in the late 1930s, the Roosevelt administration cooperated closely with the British and the French in measures to oppose German expansion. After World War II commenced in 1939, this U.S. assistance grew ever greater and included such measures as the so-called destroyer deal and the deceptively named Lend-Lease program. In anticipation of U.S. entry into the war, British and U.S. military staffs secretly formulated plans for joint operations. U.S. forces sought to create a war-justifying incident by cooperating with the British navy in attacks on German U-boats in the north Atlantic, but Hitler refused to take the bait, thus denying Roosevelt the pretext he craved for making the United States a full-fledged, declared belligerent—an end that the great majority of Americans opposed.

[T]he Roosevelt administration, while curtly dismissing Japanese diplomatic overtures to harmonize relations, imposed a series of increasingly stringent economic sanctions on Japan. In 1939 the United States terminated the 1911 commercial treaty with Japan. “On July 2, 1940, Roosevelt signed the Export Control Act, authorizing the President to license or prohibit the export of essential defense materials.” Under this authority, “[o]n July 31, exports of aviation motor fuels and lubricants and No. 1 heavy melting iron and steel scrap were restricted.” Next, in a move aimed at Japan, Roosevelt slapped an embargo, effective October 16, “on all exports of scrap iron and steel to destinations other than Britain and the nations of the Western Hemisphere.” Finally, on July 26, 1941, Roosevelt “froze Japanese assets in the United States, thus bringing commercial relations between the nations to an effective end. One week later Roosevelt embargoed the export of such grades of oil as still were in commercial flow to Japan.” The British and the Dutch followed suit, embargoing exports to Japan from their colonies in southeast Asia.

Of course, had the Germans cut off shipments to England entirely, or the Japanese taken out the American carriers, history might read radically differently. At that point, the cause of war would have been revealed and the Americans would have had to back down or at least enter later.

The victories in WW1/2 led to a complete disaster for American domestic politics: conservatives found themselves championing the cause of worldwide democracy and equality, a Leftist idea, and adopting Leftist notions of total mobilization of the population as “good.”

American conservatives have never recovered from this, whether in our dogmatic patriotism, our embrace of mass mobilization, acceptance of racial integration and women in the workforce, or our increasing reliance on a powerful centralized state as the only means of policy application.

Many have longed for another conflict like WW1 or WW2 which would unify the nation, make us unite in patriotism, and point us toward another glorious future like the postwar years. However, in those years, we clearly won the wars, but in doing so, adopted the toxic Leftism that then took over the world.