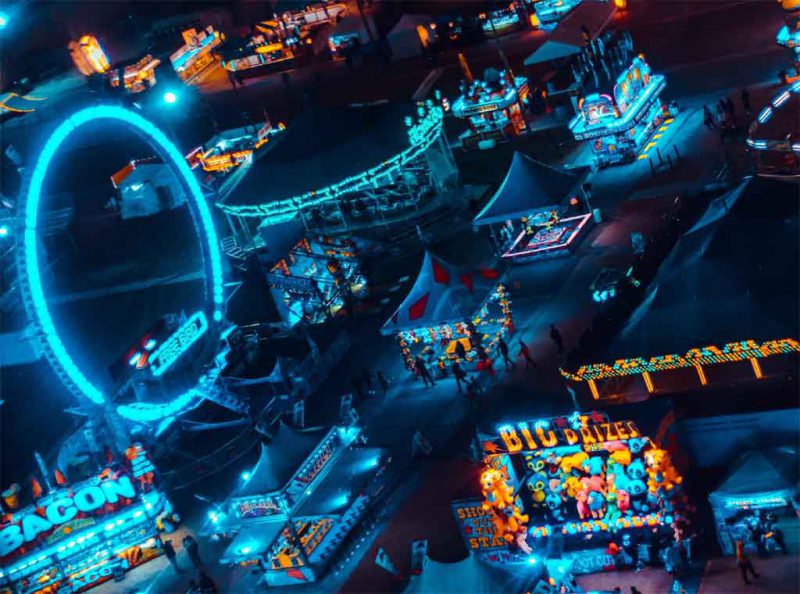 All human societies known to date have failed. They all tend to fail the same way, through class warfare, or what happens when a massive crowd of people who could not survive without civilization decide to take over civilization.

What a reward for those who create civilization: you make something good, and then the herd of selfish people moves in and takes over, and you get to watch as they run it into the ground. Humanity is currently trying to get over this stumbling block.

Any society that beats this inherent weakness will take over the world, and the stars, if they do it fast enough. Those that do not beat it will pass away, but it will be a grotesque process of slow decay and loss of soul, nothing you or I want to live through.

Too bad, because we are living through it now.

When the world was young, our proto-Nordic-Germanic ancestors roamed the Eurasian landmass as semi-nomadic tribes. They probably followed animals and plants as each came into season, and chose from one of a few favorite caves or valleys to ride out winter.

They returned to familiar spots on the way, making an annual migration with the sun, more than being truly nomadic. However, they wanted to avoid the problems of stationary civilization for the same reason that young men stay semi-nomadic today.

The hassles of civilization, of organizing people and motivating them, struck these independent people as ugly and tedious beyond measure. They preferred to enjoy the open air, spend as little time as possible on necessities, and live in awe of their natural world.

Certainly they faced hardships, but they did not suffer for the overhead of maintaining a civilization. Most likely they had a rough idea of tribe, and individual groups went their own way, which enabled them to leave people behind if they were not a fit for the group.

In this way, they shed people across continents, leaving behind groups of those who were fit essentially for labor but could not handle the independent nature of semi-nomadic life. These became fixed societies which were later settled by the original wanderers.

Several thousand years later, humanity had expanded to the point where open land without humans was no longer really a phenomenon. At that point, had one tribe had dominance, they might have done what was needed and cleared the Earth of excess humans.

However, that undertaking required more than they had, most likely, so they settled into fixed civilization. This quickly presented a problem because it allowed more humans to live, and many of these were simply lesser people.

At first, these were corralled into castes of labor and kept under the thumb of their masters, but over time they learned to imitate their masters enough to challenge them, and outnumbered them ninety-nine to one. Thus the beginnings of modern civilization were born.

We live with those ninety-niners today. They can have jobs, follow instructions, and buy things; they are even capable of complex but not independent thought. Their behavior however reminds us more of herd animals than human beings.

Sometime in the last few centuries, we shifted to democracy, and this has emboldened the worst of the crowd, since when you are equal, you do not fear being judged for your cretinous behavior. This is why the crowd destroys our public life with its venality:

As early as January 11th the Associated Press reported that 16,000 automobiles and 64,000 visitors had converged into or passed through Flemington. From day to day the newspapers described “half-hysterical crowds that paw and claw and shove and jostle their way” about town and if possible into the court house and court room; one columnist deplored the “circus spirit,” the Roman Holiday attitude of the crowd, thronging as they would throng to a bull fight, morbid, curious, in search of sensation and thrills.

In the city outside the court house, every day, thousands jammed the streets, making access to the court house difficult for those entitled to enter.

A crowd of 300 in front of the court house made a concerted rush for the door at the opening of the afternoon session of the Hauptmann trial. Only one trooper was on duty there at the time. He was brushed aside, and one of the glass panels in the front door was shattered. Three other troopers came up on the double quick and drove the crowd back. The guard is now increased,” [later] “a special detail of State Police was called to assist the local constabulary and they finally roped off the court house portico and dispersed the crowd from the steps. It had become so dense around the doors that it was almost impossible to enter or leave.” It is not the province of the trial judge to police the streets of the city. There were constituted peace authorities with power enough to regulate the crowds outside the court house, difficult though the problem might be. Proper policing would have demanded that a very liberal area about the building, more than an aisle, be kept free of any crowd, however peaceful and well intentioned. A murder trial should not furnish a public spectacle either within or without the courtroom.

At Flemington the morbid souvenir hunter was offensively present. Souvenir hunters picked up chairs and attempted to walk away with them. One started to break the wood of the chair on which Hauptmann sat in the courtroom. One girl wanted to buy the witness chair as a souvenir. Some even carried away sheaves of copy paper of the Western Union and Postal Telegraph Companies. It was said that he sheriff was kept busy signing his autograph to books and pieces of paper until he could not write any more. But most pathetic of all was the marketing, amongst the crowd, of souvenir ladders, a reminder of the ladder, which was one of the instruments used in the commission of the foul and deadly crime. These were eagerly bought and freely displayed. One magazine contributor, giving her impression of the Hauptmann trial, used the language.

What hit hardest at Flemington? Those ghastly souvenir ladders. . . . Once America despised ruthless greed, held life and law sacred, now greed is smart – and life and law are cheap . . .. When a people who once bowed before a cross snicker at a kidnap ladder – look out!

Summarizing the whole situation the Saturday Evening Post had this to say:

Among the lows we have reached in the depression is the new one in good taste, good manners and good policy accomplished at Flemington. Our criminal trials are apt to be public circuses, the more sensational the trial the more outrageous the circus. We go on deploring them as National disgraces, yet we do nothing. ‘Why? Because they sell newspapers.”

A Frenchman on Flemington in “Living Age” of April, 1935, sums up as follows:

In France the courtroom at once assumes the aspect of a public meeting or of a bad theatre. Everything is calculated to move the emotion. . . . In England emotion is banished from the proceedings. Everything takes place in an intellectual abstraction, in the analysis of facts . . . . Nothing of the sort can be found in America. The atmosphere is entirety that of a circus or even of a rodeo.

Perhaps his picture is over-drawn. We will not admit the universality of his characterization of American criminal trials but there are many who would agree with this writer.

Once a noble species, humanity no longer roams and has become becalmed amidst the swirling waters of its many mediocrities, paralyzed and spun in place, waiting for itself to run out of energy and finally die so that something else can arise anew.