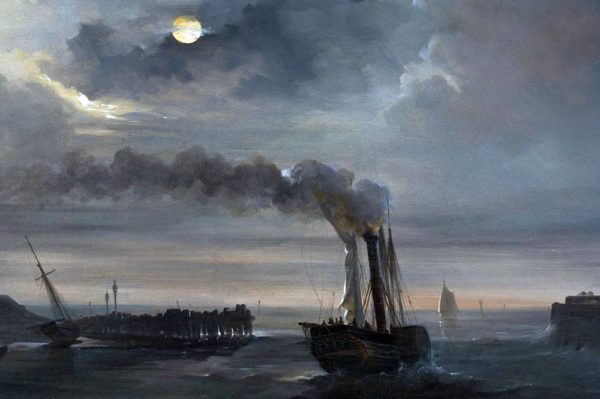 From Slashdot, an analysis of the balance between rationalism and aestheticism:

‘There’s this logical positivist mindset that the only things that have value are those things that can be measured and can empirically be shown to be true, and while that has its merits it also takes us down a pretty dark place,’ said digital product designer Cennydd Bowles, who is researching ethical design. ‘We start to look at ethics as pure utilitarianism, whatever benefits the most people. Yikes, it has problems.'”

Exactly. Logical positivism and other forms of deduction are based on what currently exists and how categories can be applied to it. In reality, we must make choices before that stage, and argue from our inner needs for beauty/excellence/truth instead of arguing from the human needs that exist.

The problem with logical positivism is that it looks at human participation that already exists, and the needs of the people involved. This is a turning-away from the question of what should be done to advance the principle of civilization, which seems to me to be a hybrid between beauty and truth. Without that, civilization becomes tyranny.

But even more, we must consider the warning of William S. Burroughs:

Rationality reasons from what is, as opposed to aesthetic/moral thought which looks at what might be beautiful enough to honor the eternal truths.

A more sensible viewpoint looks toward aesthetics. What is beautiful, good and true? Make it happen. The people who exist now will be displaced, sure, but the result will be better.

The grim fact is that the darkest moments of humanity reside within its lightest intentions. Humans, by their intentions, create misery and horror. Only escaping that to the natural presents a realistic outcome.

When we rely on “logical positivism,” we are measuring the past. We are looking at what happened and trying to construct a future out of it, starting with the present instead of looking at the continuity between past, present and future.

The grim reality is that what we must make our decision upon is not just the present, but the continuity between ages. We must look at the curve between the past and the future, and fit ourselves into it.

This requires an arbitrary form of decision-making, based in the eternal, and aesthetics. This offends everything about “scientific” choice making, but also, offers us the ability to design our future, instead of merely reacting to what is in the present tense.

The Cassandra of Albion | Is the Alternative Right Actually White Nationalism In Disguise?