A truly insane idea, if given enough shouting voices to make it convention, will create an impossibility. If you adopt the insane idea, you face more insanity. If you reject it, the lynch mob comes for you.

Multiculturalism is dying not just in the USA, but in Europe. So far, the Marxist-educated liberal elites who hold positions in government, media and academia are trying to tell us that we’re moving away from a separatist model toward an assimilationist one.

In what aides described as one of the most important speeches in the nine months since he became prime minister, Mr. Cameron said the multiculturalism policy â€” one espoused by British governments since the 1960s, based on the principle of the right of all groups in Britain to live by their traditional values â€” had failed to promote a sense of common identity centered on values of human rights, democracy, social integration and equality before the law.

Similar warnings about multiculturalism have been sounded by Chancellor Angela Merkel of Germany and by President Nicolas Sarkozy of France. But, if anything, Mr. Cameron went further. He called on European governments to practice â€œa lot less of the passive tolerance of recent years and much more active, muscular liberalism,â€ and said Britain would no longer give official patronage to Muslim groups that had been â€œshowered with public money despite doing little to combat terrorism.â€ – NYT

He is saying that inviting in immigrants, allowing them to live in local communities and by their own standards, while “tolerant” creates a society that harbors behaviors that conflict with the values of the majority.

He’s illustrating the Damned If You Do and Damned if You Don’t doors that await us when we deviate from nationalism:

If you pick tolerance, you are being very nice, but creating a permanent underclass through their inability to integrate. That’s assuming that they could integrate in the first place, something history suggests is dubious. If you choose integration, you become a destroyer of culture and lose the “we get every perspective this way” advantages of multiculturalism.

Europe and the USA are moving away from Tolerance because it allows people to move into your country and carry on practices your citizens consider appalling, like female genital mutilation, honor killings, religious fundamentalism and so on. Then again, Tolerance is probably the only way to respect their cultures. Integration, which Europe and the USA are moving toward, forces everyone to bow to the majority culture. Not only does it subvert multiculturalism as a benefit, but also, it’s just colonialism/imperialism the lazy way: we won’t come conquer you; come here for the low salaries, stay for the Nanny State.

At “the beginning of the 1960s our country called the foreign workers to come to Germany and now they live in our country,” said Ms. Merkel at the event in Potsdam, near Berlin. “We kidded ourselves a while. We said: ‘They won’t stay, [after some time] they will be gone,’ but this isn’t reality. And of course, the approach [to build] a multicultural [society] and to live side by side and to enjoy each other … has failed, utterly failed.”

The crowd gathered in Potsdam greeted the above remark, delivered from the podium with fervor by Ms. Merkel, with a standing ovation. And her comments come just days after a study by the Friedrich Ebert Foundation think tank (which is affiliated with the center-left Social Democratic Party) found that more than 30 percent of people believed Germany was “overrun by foreigners” who had come to Germany chiefly for its social benefits. – CSM

Germany, as a wealthy nation, is finding out that history repeats itself. If you become wealthy and open the doors, others come in and want their piece of your pie. At that point, distrust spreads, and your citizens stop trusting the social process at all. Interestingly, an American political scientist found a basis for this:

Putnam has discovered that people who live in racially and ethnically mixed communities are less happy and trusting and more isolated. And here’s the really surprising point: those who live in these neighborhoods not only distrust people who look and act differently. They are even suspicious and wary of people who look like themselves.

What he is saying is that people who live in multicultural communities are alienated not only from “the other” but also from those who they were once comfortable with.

They don’t join local organizations to solve problems. In fact, there are only two activities they do more of today than before: they go on more protest marches (that’s their politics) and they watch more TV (that’s their entertainment).

Basically, they hunker down. In Putnam’s multicultural America, people are becoming “turtles,” he says, living under their shell, wary of each other and themselves. – CBC

Not to put too fine of a point on it, but there is no outcome other than this somewhat dismal isolation. If you tolerate people, you create many small incompatible communities. If you assimilate them, you force everyone into a lowest-common-denominator version of “culture” that can be taught by governments and TV commercials. 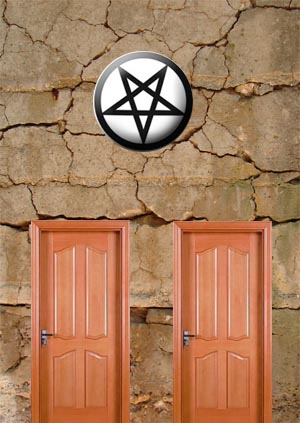 Civilizations thrive when people share values. You need fewer laws and less law enforcement. The more you deviate from this homogenous but sane lifestyle, the more you need bureaucrats, agencies, rules, police and supervision at every step. America and Europe are just stumbling to this realization as the last echoes of 1968 die out, a precursor to their inspiration — 1789 in France — dying out as well.

The fundamental idea of liberalism is that if you make everyone equal, society can rule itself with an Adam Smith style “invisible hand” in democracy, consumerism and social coercion against bad ideas. The reality is that if you assume equality, people diverge from a shared values system, and the resulting chaos makes everyone paranoid, isolated, distrustful and vengeful.

As the 20th century fades in the rearview mirror, we’re seeing a different kind of “end of history” than the one Francis Fukuyama envisioned. We’re seeing an end of the historical narrative, a pleasant oversimplified little story we tell ourselves to explain our society, that began in 1789 and peaked in 1917 in Russia, then in the Baby Boomer/Hippie revolutions of 1968 across the Western World.

Like all good people who learn, even if it takes us a long time, we’re undoing our past mistakes and going to the “restore point” before them, hoping to reconstruct our societies before it’s too late. What is defeating liberalism is not conservatism, but the failure of liberalism, and a widespread opposition to its taboos which were also used for so many years as speech codes to control us.