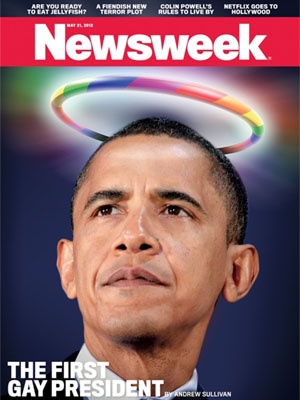 Now that the drama over our first gay president (or perhaps the past was more “tolerant” than we thought) has subsided, it’s time to ask the vital question: what was so wrong with “don’t ask, don’t tell” (DADT)?

While it’s taboo to mention DADT, that’s mainly because the liberal establishment in a paroxysm of tolerance decided that DADT was like “separate but equal” bad because it’s a bad method. It doesn’t recognize difference by pretending no difference exists.

However, as good conservatives who recognize that the greatest threat to humanity is not social conventions but the incompetence and apathy of the individual, we might ask whether we should approach the issue of gays in our society from outcome instead of method.

Outcome is more important because it determines the fortunes of the people around us; methods, if they don’t result in good outcomes, are just window-dressing and like salesmanship, a way of making others feel accepted without actually doing anything for them.

In that spirit we ask: which outcome is better for gay people and the society around them, (a) DADT or (b) the current mania for “gay civil rights” and a tolerant, LGBT-positive society?

DADT meant that it was no one’s business if you were gay. Unlike societies that actively persecuted gays, a DADT regime allowed individuals to be quietly gay without interference. We called them bachelors, or traveling companions, and left it at that.

It was another way of saying “none of your business.” It allowed people to be individuals separate from their sexuality, and didn’t force them into heterosexual relationships for the sake of keeping up with the Joneses, yet get them freedom to move among society as accepted members.

Under DADT, your employer didn’t ask and your friends didn’t ask. You didn’t volunteer information, or tell if asked. There were gay neighborhoods, or districts, in which the entire world basically turned a blind eye. And what went on at home was considered out of bandwidth too.

True, society as a whole maintained an attitude that wasn’t exactly gay positive. This is because much as heterosexuals tolerate homosexuals, tolerance is required in return, and that includes the knowledge that homosexuality disgusts straight people.

For straight men, homosexuality is seen as submission and a removal of part of what it is to be a complete man, which includes participation in a society that renews itself. This disgust should not be confused with hatred; it in no way reflects on the gay people themselves, but on homosexuality itself as a reversal of all that being heterosexual entails.

Along these lines, some people would always be “intolerant” in the sense of having tantrums at the sight of homosexuality. DADT protected the gay population as much as can be done from these people by separating activities and giving gays a privilege of denial.

The modern option which we are told is “enlightened” and “progressive” is to neuter everyone. Tolerance means being forced to approve of that which you dislike, or by wisdom find to be in error, or by spirit sense is broken or wrong.

In order to achieve true tolerance, we will have to remove the strong will and independent thinking of every person in our society. We will replace those impulses with external control, such as social rules and government regulation, like political correctness.

This form of submission is vastly destructive. It puts people into a mode of passivity, or accepting that which is the “exception to the rule” and thus abrogating the rule itself, leaving them as people from whom all choices are about the same in outcome. They are lost.

When we look at the moral and intellectual ruins who stumbled out of the collapsed Soviet Union, we see the products of such political submission. They are told they must follow the rules to succeed, and in doing so, they become robotic and incompetent. Collapse follows.

In the West right now, it is popular to be a submissive and to style it as compassion and ironism. If gayness is not the norm, we will support gayness, such people reason, because it forces the exception to be recognized as the rule and thus guarantees tolerance for all of us individuals, no matter how illogical, stupid, irrational, unrealistic, perverse or insane our behavior.

It’s like a forced subsidy. All must be equal, which means any social standard is taboo. There is only one goal, and it’s a personal one based on method (and thus a denial of outcomes). It is that all people be equally accepted, by force and threat of ostracization.

The gay civil rights jihad is only the latest of many such objectives from the left. Their goal on the surface is fairness. Underneath the surface, it is clear that their objective is more sinister. They wish to obliterate reality itself and replace it with a social reality.

Among those who are not yet completely brain-droning the propaganda of the regime, it is important to separate the goal from the method. If our goal is a better life for gays, DADT — and not the liberal jihad — is the answer.