by Jonathan Peter Wilkinson on October 23, 2022 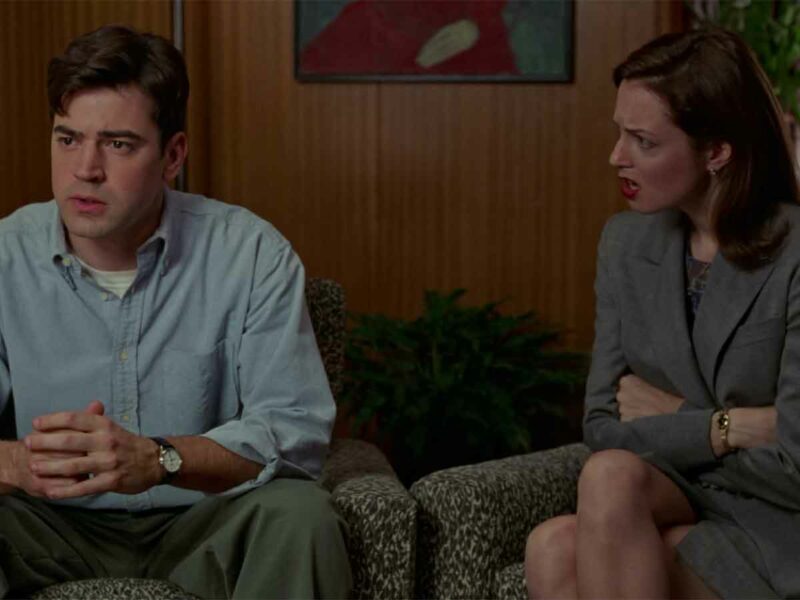 I have heard the argument levied that Amerika will never again have a civil war because the most likely combatants are thoroughly intertwined and interdependent. Can’t live with them, can’t kill them either. It’s hard to organize a functional war if there are no identifiable lines, rear areas, or combat zones. Home will remain where the hate is, and we’ll all just have to suck it up and cordially detest one another. Until reality changes.

Just rounding up the ones you don’t like and sending them on an involuntary road trip generally implies several levels of both civil and criminal legal jeopardy. Suggesting the other doesn’t belong won’t work as long as one group has anything of value that the other would like to acquire. This becomes even more so if the other isn’t able to reduplicate or manufacture that thing of value themselves.

Nobody is going to leave, unless that journey is of their own volition. So what do? Create a set of conditions that seem paradoxical. The desired group can thrive under these conditions, the ones you want expelled are encouraged to want to escape. Again, the laws make this difficult to do openly and by name. There has to be a proxy issue that splits people the way anyone seeking to expel a certain, hated group wants to drive in a fissure.

So how can some masked super villain get rid of people who are different? Make it painful to be different. As life becomes harder for the target group, they decide they have had it up to the eyebrows and seek greener pastures. Much of how this is done involves what political scientists refer to as cultural issues. These impact lifestyles, families, social circles, and many of the aesthetics that people consider part and parcel to a life well spent. Rig the laws or regulations in a way that obliterate a group of people’s preferred aesthetics and the super villain has just set off a culture bomb.

Culture bombing occurs all over Amerika. DIE oaths are required to accept employment in an organization that is actively converging to a leftist narrative. If a corporation hates White Male Christians, you can count on attending lots of White Privilege Group Think Sessions. This type of individual would eventually have to wallow in self-hatred when fighting for that all-important Winter Solstice Bonus.

Nancy Pelosi, Charles Schumer and most of the Leftist leadership all donned Kinta Kunte garb and bowed before the Build Large Mansions rioters. This wasn’t the death knell to their atheism. This was a means test to kick anyone out of their party that wouldn’t willingly comply. It was a social tax which anyone who still wanted power as an Amerikan Leftist had to pay. A really smart Substacker named Jeff Carter describes the nuclear winter that follows a few megatons of Culture Bombing.

No one is truly safe anywhere in the urban jungle these days given the way violence against people has been randomized. A lot of wealthy people I know in NYC, Chicago, and LA are traveling a lot right now. They aren’t at home. They stop in for a few days, regroup, and go to the airport again. If you look at Minneapolis, Chicago, and San Francisco, it is a race to see who can be Detroit first. NYC is terrible right now when it comes to crime and daily living. So is Los Angeles. New Orleans is the murder capital of the country. Memphis, St. Louis, Louisville? Please spare me the Chamber of Commerce pitch. No doubt, tourists are balking at going to those places due to fear of crime. Name an urban area that is a delightful place to live, has great public schools, doesn’t have rising crime, and you can build wealth right now. The only ones I can think of are in the Old Confederacy.

What Carter either misses or doesn’t address involves what happens to the people without the seven or eight figure bank accounts. They aren’t figuring out how to travel. They plan out one last trip and wonder why the U-Haul going elsewhere costs them twice as much as the one they rented coming in. People like Mr. Carter, who had a successful career trading the CME, are willing and able to maintain a place in Chicago they will only live in for twelve weeks. Most of us lack the means or the work ethic to maintain a place that we will not occupy for a minimum of forty-seven weeks per year.

Examine the places where Mr. Carter’s rich neighbors are avoiding. Imagine that Mr. Carter’s not-so-rich neighbors are already figuring out how to still get an affordable mortgage in the face of adverse Federal Reserve Policies. Imagine that the places that Los Angelenos can still afford. Now examine a map of the states that are passing more extensive abortion restrictions in the aftermath of Roe v. Wade being stricken down by the SCOTUS.

These places are not uncultured. They are differently cultured and very much want to remain differently cultured than those who would now want to move out of Chicago, Seattle, Portland, or San Francisco. A large portion of the people favoring abortion restrictions are married, and possibly too old to crank out more children anywhere outside of a blue daydream. These laws aren’t aimed at their people. They are aimed at demographics that possess a higher probability of having read The Handmaid’s Tale than they possess of having read The Revelation of Saint John.

Making abortions hard to find and perform makes life far less pleasant for groups of people who view abortion rights as essential to their way of life and their cultural practices. Those not emotionally invested in having abortion available two blocks down the street are liberated from having The Planned Parenthood Fan Club swoop in from California, buy up lots of real estate, and then change all the laws and morals in a way that makes home a place that can no longer be abided.

Do not expect any sort of a logical compromise on abortion, LGBTQ, CRT, Covid restrictions or any of the other issues that can be used to drive certain groups of people out of a locality. We can’t get that second Amerikan Civil War underway until all the combatants are separated. That’s what the social issues that currently bedevil Amerika are really all about. They are about expelling or repelling the people a group of leaders do not want present in their locality. Culture bombing is the initial Ft. Sumter stage of that second Amerikan Civil War.