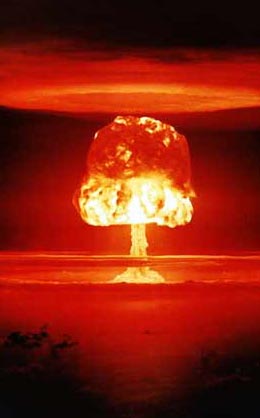 In politics, we often mistake trigger events for the cause of a problem. Whenever some situation blows up in our faces and becomes a crisis, we look to the immediate past to see what “caused” it. But our sense of cause is crippled because we see only the event that touched off the conflagration, not the series of events that piled up fuel and left matches scattered around, awaiting the inevitable foot.

The term critical mass applies to any situation where a number of causes have set it up to detonate. The term means that enough of these causes are interacting that if events just continue on their present trajectory, the explosion becomes unavoidable. When a political situation reaches critical mass, it will turn ugly unless someone intervenes and disrupts the many causes that await igniting.

In our modern time, the most prominent voice for the study of multiple causes reaching critical mass is chaos theory, which is usually explained in terms of “the butterfly effect”:

His simple model exhibits the phenomenon known as “sensitive dependence on initial conditions.” This is sometimes referred to as the butterfly effect, e.g. a butterfly flapping its wings in South America can affect the weather in Central Park. The question then arises â€” why does a set of completely deterministic equations exhibit this behavior? After all, scientists are often taught that small initial perturbations lead to small changes in behavior. This was clearly not the case in Lorenz’s model of the weather. The answer lies in the nature of the equations; they were nonlinear equations. – Larry Bradley

Linear thinking arises from deconstruction. In our media, popular politics and social groups, we like to express simple clear ideas that everyone in the room can understand. But these are “clear” only in that they’re dumbed down, so that one trigger event “equals” one result. This kind of thinking works well in industrial production, or basic algebra. We can study “before” and “after” states and conclude what causes what.

However, in complex real-world situations like politics, linear thinking is out of its depth. Yet it is comforting to us, so we cling to it, and as a result become increasingly unaware of how our world works. Natural forces elude us except in very simple, laboratory-like procedures. We begin treating trigger events as causes and then become symbols.

We want the world to work like our minds, and treat it like a personality. As a result, we get further away from reality itself. In doing so, we bring our civilizations to critical mass, where without intervention they face a downward path.

Philosophers call this condition “solipsism,” meaning that we treat the world like it is part of our own minds. It is the opposite of a scientific outlook where we observe the world, test our hypotheses of it, and try to figure out how it works. Instead, we project ourselves onto it. This reverses the process of natural selection, in which we adapt to the world. We’re forcing it to adapt to us, and for a short time at least, that works thanks to our technology.

On the long term, however, the forecast spells doom. Civilizations die when they become disconnected from reality. Any group of people can set up camp and decide to agree on a false reality, and because they only need to work together, they get away with it until they collide with nature. If five friends decide that rain is an illusion, and build their society on a flood plain, they’ll be just fine — until rainy season.

Deconstruction starts the process of leaving reality behind. Instead of considering the whole of a situation, we consider the parts we can most easily grasp. And soon we start forging those. This process is inevitable because what started us down this path was backward thinking. Instead of treating the world in a scientific manner, we approached it with a superstitious one. We looked for a single cause when a situation of many causes needed to be understood.

We began going down this path long ago in the West, but we really picked up speed with “The Enlightenment.” In a desire to get rid of Kings and Gods, we declared that all individuals were equal, so no hierarchy was needed. This is backward thinking, a justification and not a reason why. Instead of seeking a positive goal, we became reactionary, defending against things we saw as a threat to the individual. This dissolves the social contract that holds a society together.

In order to uphold this fiction, we had to assume that every individual has the same faculty of judgment. Of course, that isn’t so. Most of us can’t balance a checkbook, figure out that a $40,000 SUV on a $30,000 salary is a dumb idea, or remember to not throw our garbage out the window as we drive down the freeway.

It’s not that these people are morally bad; they’re just out of their depth when it comes to thinking ahead more than ten minutes into the future. But freeing the individual from paying attention to reality caused a big problem. Our society no longer had consensus about what was right and good. As a result, we invented The Progressive Fallacy.

The Progressive Fallacy is the idea that as time passes, and our technology grows, society comes closer to a Utopian moral state of equality, diversity and freedom. Unlike previous ideals, which held that life is a cyclic process of getting better at the same task, Progressive ideals hold that the task changes over time. Conveniently, this fallacy relies on the deconstructed utilitarian sense of how people “feel” about their place in society. It slowly distances us from causes and effects, and puts us into the spacy ground of emotions and symbols.

In the Western world, particularly since the Enlightenment, people view the human story as a linear tale with a beginning, middle and end. We’ve also projected a happy ending onto the tale, assuming that, generation by generation, the human lot improves and that, as Gray says, “improvement in society is cumulative.” Gray’s dour prognosis is that “human knowledge tends to increase but humans do not become any more civilized as a result. They remain prone to every kind of barbarism, and while the growth of knowledge allows them to improve their material conditions, it also increases the savagery of their conflicts.”

If humanity simply is what humanity is, then no magic of technology, discovery of abundant resources or extraterrestrial intervention will free people from suffering and self-inflicted cruelty. Gray prefers ancient, pre-Christian myths that, he says, explain the human condition without appealing to progressive notions. In the Garden of Eden story, he says, “there is no promise â€¦ of any return to a state of primordial innocence. Once the fruit has been eaten, there’s no going back.”

Gray’s advice at the end of Black Mass is to stop trying to change the world, especially through politics. Modern life requires “no grand vision of human advance, only the courage to cope with recurring evils.” He may be right, but his outlook is too bleak to win many converts. Forbes

This book like others before it points out that our fond notions of “progress” hide a negative outlook on life. We are no longer striving for a goal; we’re instead striving to avoid bad consequences defined by our dogma, not the science of adapting to reality. As a result, we live in a schizophrenic mental state where we must pay attention to social appearance and the official story of how we’re doing, but then also be aware of the real-world consequences of our actions outside the happy world of politics, advertising, and socialization. 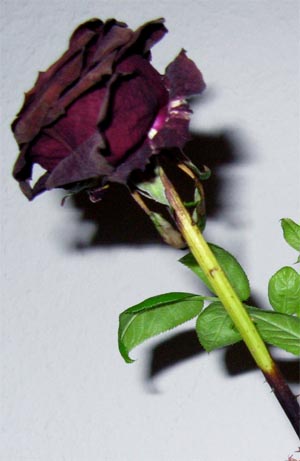 Even more, our thinking has become inherently negative. We strive for nothing. Our entire outlook is defined by what we want to avoid, and we have created a hollow myth — that someday, humanity will stop having wars, fighting for supremacy and so on — which requires we neglect the brilliance of nature’s design. War, natural selection, and Darwinism may not appear to be ideal methods, but they work. Progressive ideas don’t work — they cause decline.

Progressive logic is the crux of our human failing. When people behave morally badly, and their economies fragment, and they pollute their earth to the point that it’s clear they live in denial of reality, they are thinking negatively. They have separated themselves from any cause/effect analysis and are thinking in that world composed of personalities, memes, emotions and slogans in which cause and effect are the same thing. Change a symbol, and that is the result you desired. Reality is far away.

Back outside the tautological ghetto of the human mind, reality moves on. We are one planet of billions. Scientists think many others have the potential for life. And when we observe nature, that makes sense. No tree drops one seed — it drops ten thousand for every one it hopes to see survive into adulthood. There is never only a single way to achieve a task. This means that on these other life-supporting planets, there is most likely other life.

Each of these species will like us grow from primitive origins to a basic level of intelligence, technology and learning. It will then face the same dilemma we do, a threshold of greatness: can it gain control of itself, or does it drown in its own wealth? Because it’s easier for most individuals to space out and ignore problems, most societies follow this path of least resistance. But like many apparently easy paths in life, it’s a straight route to self-destruction and elimination from existence, or at least breeding back down to a monkey-level of intelligence.

You may think it’s impossible for a society like this to fail. After all, we have technology, lots of laws, a huge government, a giant media and millions of people watching. But even the biggest thing, if it has no cohesion or can’t respond to changes in its environment, can collapse. Does anyone believe that banks are “too big to fail” anymore? We don’t think Rome, or the modern West, or even globalized humanity, is either!

Nothing I’ve said in this article is in any way difficult. In fact, it’s all obvious. However, the fact that it is obvious means that people are more likely to go into denial about it, and therefore need to be reminded of it. It’s too easy to hide in our big brains and push reality away. But if you believe in humanity, as I do, you will trace our decline to its cause and fight against it, so that we do not perish at the threshold of greatness.