Conserving the Biodiversity of Humanity and Ecology

In protecting the diversity that exists on our planet, we want to conserve not only biodiversity, but human biodiversity.

Every species, habitat, culture, tribe and race has fascinating differences and these make each greatly adapted to their region within the biosphere. Whoever pretends that we have nothing to learn or gain in a form of intellectual wealth or evolutionary wealth is a fool putting themselves in debt against natural reality. 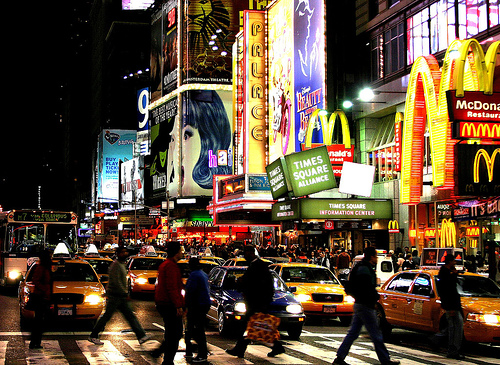 Society at present suffers from the converging failures of consumerism and cultural decadence at a level unprecedented in history. Any solution requires alert and determined leadership to begin implementing the following methods toward our goal of preserving our ecosystem and with it those who are responsible to guard it;

For human biodiversity to continue to exist we need to (or at least, a few influential people) understand that any form of biodiversity can only exist if all things in nature have their own space without having to compete constantly for essentials like food, water and land.

Although many people have common ancestors, the greatest thing of all is that nature can transform this into true diversity, not a antagonistic paradoxical lie of ‘equality and diversity’ but unequally evolving into many fascinating social values, which then into cultural and civilization’s traditions that can only grow into greatness when they have space of their own.

On that last point, biodiversity can only exist greatly when it has space of its own. There is nothing greater than a responsible nation that can diet its urban growth and preserve at least 2/3 of its land for natural fauna and flora, totally independent of human intervention, no pollution, no roads, no fences and no humans all together, just left alone to do its thing and recycle the atmosphere and create a beautiful landscape that urban growth could NEVER replace.

If we stopped expanding, stopped growing in quantity and instead insisted on Quality, we could then stand face to face with our problems instead of running away from them – we’d have to deal with overpopulation and see who is being a drain on resources, who is committing ecocide crimes against human biodiversity and biodiversity itself in all things.

When we can manage ourselves and keep it fit, then our cities will not be filthy and full of parasitic fellow citizens, our country side will be a wilderness in the natural sense and the life that lives there will be inspiring for those who are great enough to appreciate it. It also serves as a cornerstone for future societies that enables us to leave this planet and exist on multiple planets across the solar system.

We must face reality and be unafraid to make the healthy decision no matter how ridiculously unpopular it is, we need a future for our descendants and HAVE to make these critical changes.

What we need to change:

WITH THE TRAIN OF CIVILISATION hurtling at ever-increasing speed towards self-destruction, the most pressing question facing humanity in the 21st century is that of the preservation of life. Can Life Prevail?, the latest book by Finnish environmentalist Pentti Linkola, provides a radical yet firmly grounded perspective on the ecological problems threatening both the biosphere and human culture. With essays covering topics as diverse as animal rights, extinction, deforestation, terrorism and overpopulation, Can Life Prevail? for the first time makes the lucid, challenging writing of Linkola available to an English-speaking public.

â€œBy decimating its woodlands, Finland has created the grounds for prosperity. We can now thank prosperity for bringing us â€“ among other things â€“ two million cars, millions of glaring, grey-black electronic entertainment boxes, and many unnecessary buildings to cover the green earth. Wealth and surplus money have led to financial gambling and rampant social injustice, whereby â€˜the common peopleâ€™ end up contributing to the construction of golf courses, classy hotels, and holiday resorts, while fattening Swiss bank accounts. Besides, the people of wealthy countries are the most frustrated, unemployed, unhappy, suicidal, sedentary, worthless and aimless people in history. What a miserable exchange.â€

Obama: Generation X Nostalgia? Say It Ain’t So | What the Mosque Debate is Really About